I thought I was a prophet

After my schizophrenic break, I couldn't even trust my own mind -- and it would be a long road back from the abyss 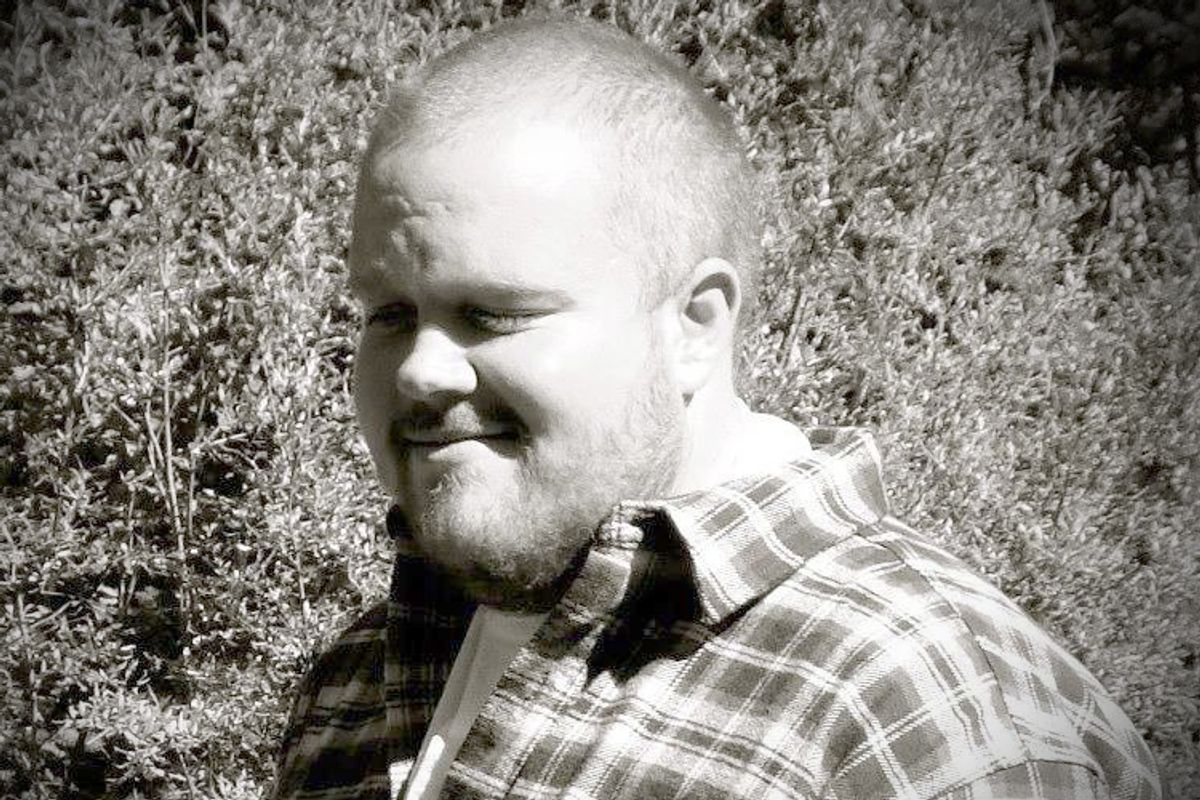 On the day I realized I was a prophet, I left my home in Colorado and began to hitch-hike to the U.N. I needed to save the world from its various evils. And I needed to go -- now.

I spent the next several days wandering around the northeast, trying to decipher messages. I found codes in places where codes didn’t exist. I finally found my way back home, thanks to a quiet and generous woman who lived somewhere in rural Massachusetts, and when I got back, I explained to my parents that I was on a mission and this was God’s will. I’m sure there was some stuff about aliens and conspiracies in there, too.

And so, a week after my adventure began, I woke up in the psych ward of Boulder Community Hospital, and I spent the next seven days condemned to a hospital bed with waterproof sheets in a ward with eight other people who either didn’t talk or rambled so incoherently that it was impossible to understand them.

My parents came every day at 2 o’clock, when visiting hours began, and they brought me pillows and a down comforter and my favorite hoodie. Anything to make me more comfortable. Still, their visits were marred by hour-long screaming and crying matches in which I accused them of throwing me in a mental hospital to rot. Why was it so hard for them to understand? I was a prophet, and this was my magnum opus.

Four and a half percent of all adults in the United States suffer with a serious mental illness. That equates to 14,125,500 people who struggle, day in and day out, not sure if they can trust their own thoughts. Many find support and do recover, but many more don’t. They become homeless, they languish on the fringes of society where they aren’t given the slightest thought, let alone assistance. I could have been one of them.

When I got out of the hospital, nobody knew what to do with me. (And I certainly didn’t know what to do with myself.) I moved back into my parents’ house and was treated with nervous caution. Mental illness was a foreign concept to them. Before I broke, they had blamed my strange behavior on marijuana. Now, they regarded me with a silence reserved for things they feared. And they were probably right to fear me. I was still sick and dangerously delusional.

It’s hard to explain the logic of a cracked mind, but I found personal threat in every tiny action or event. Once, I was seated at the piano, and my mother reached over me to lower the register, her hand brushing my lower stomach, and I was convinced she was trying to molest me. Another time, my dad and I were in the garage, trying to put new brake pads on my car, when I decided he was going to sabotage me so that I would lose control of my car, crash into a tree and die.

My mistrust of people was intense. Sometimes it felt like they existed only to harm me.

For instance, I was certain my psychiatrist was a quack. This is the psychiatrist who, over the course of the next six years, would guide me into stability, but when I first walked into his office I knew it was a ruse designed by my parents to convince me I was crazy. He wasn’t a real doctor. This was a set with props and actors. I remember being in the waiting room, seeing those magazines that stretched back two years, listening to the calm music and the sound of ocean waves on the speakers, sitting in the couches that seemed so real, looking at the diagnostic surveys and medicine prescriptions, and thinking: “Wow, they really pulled out all the stops with this one.”

Slowly it dawned on me: My thoughts were not real.

My initial diagnosis was bipolar. (Later it would be changed to schizoaffective disorder, and then schizophrenia with periods of depression.) And we began the long and frustrating battle to pinpoint the right medication. The first medication I tried gave me akathisia, a side effect in which you have an intense and extremely uncomfortable urge to move at all times. For weeks, I stayed in this particular hell, and I would spend hours on the treadmill or walking around the neighborhood in an attempt to shake the feeling that I could rip off my skin at any point.

We switched that, and switched it again, a process that took years. Eventually, we found a medication that worked on my mind, though sadly, not with my body. I gained about 100 pounds, took up smoking and was too tired most days to get out of bed.

My parents became a source of strength during this time. They began attending support groups and integrating themselves into the local mental illness community. They fought bureaucracy and headaches to secure me government assistance.

I moved into my own place, and for years I kept my diagnosis a secret. I still longed to live a normal life, even as I struggled with my paranoia. So I spent my time alone. I was afraid to leave my house, afraid to go into stores, because I was so quick to interpret random comments as criticism and ostracism. I just knew everyone was saying nasty things about me. I couldn’t even order a pizza without worrying that the delivery guy would get back into his car, think about that one expression I made, and tell all his friends what a freak I was.

To be unsure of your own mind is a prison, one that can break some of us. It simply becomes easier to slip into homelessness or drug abuse, but I fought against that. I began studying normal behavior. I read books on psychology, body language, dating technique -- anything that would help me build a repertoire of healthy social interactions and somehow guide me into acting like a functioning human being.

I got better. Sometimes, I’m so much better that I question if I really have any illness. I’ll have a good month -- no paranoia, no depression, lots of joking around -- and I think, have I nipped this in the bud? Am I the first person in the history of medicine to cure myself of schizophrenia? The seductive thought arises: Maybe I could skip my meds tonight and see how I feel in the morning. The meds make me so miserable. Maybe I could actually be free of this stuff.

Those are the nights when I feel empowered enough to go to some bar where hipsters are trying to have sex with one another, but in every conversation I start to worry that the other person has found something wrong with the way I look, or the way I move, or the way I talk. I get so overwhelmed that I have to go outside and smoke, and I think: God, I just want to go home. And then when I get home I take my meds and go to bed -- the habit that will keep me sane -- and when I wake up in the morning I feel fine, and that’s pretty much all I can ask. The truth is, the meds make me feel OK, and OK is always better than bat-shit insane.

I’m pretty stable these days. I have good health care and a good family who watch out for my red flags. I have the semblance of a career. I do wish my prospects for love were better. Every piece of romantic advice says you should just be yourself, but it’s hard to do that when your self is a 400-pound schizophrenic. I’ve been on dates before, but it’s hard to snuff out the fear that everyone in the café is laughing at me. I don’t know if I’ll ever get over that hurdle, but I hurt for companionship. I want someone besides my mom to rub my shoulders when I’m tense, to talk me down from my scary thoughts, to give me a hug when I feel low.

My parents tell me, “It’ll happen if it’s meant to be.” So maybe it isn’t meant to be. I can live with that, I guess, though it still stings when I see my friends getting married on Facebook or when I catch a rom-com on TV. But I’ve had to adjust a lot of my expectations for having a normal life. I realize that my challenge, ultimately, is to simply be all right by myself.

The only cure for paranoia is self-assurance, which comes from an intense and radical self-acceptance. You have to learn to accept yourself and everything you fear. You should try it sometime. You don’t have to be schizophrenic to find it useful.

It isn’t easy to be crazy. But my seven years on this path have taught me that people with mental illness are some of the most resilient and courageous people there are. They don’t pretend to be someone else. They have a raw authenticity that can scare people, and I see why. They show you their warts -- demonic voices and all.

The media hasn’t helped in portraying mental illness as something to fear. After any massacre or inexplicable tragedy, you can count on a slew of pieces that explain how the killer was a quiet man who kept to himself and exhibited some strange behavior in the past. But endless studies have shown that people with major mental illness are much more likely to be victims of senseless crimes than to be perpetrators. Still, we struggle with the idea that we are monsters.

Maybe it’s up to me, and articles like this, to change minds.

Michael Hedrick is a writer and photographer based in Boulder, CO. He is currently a regular contributor for Thought Catalog but dreams of being paid to write a regular column for some big publication. His book "Schizophrenic Connections" is available here.
MORE FROM Michael Hedrick