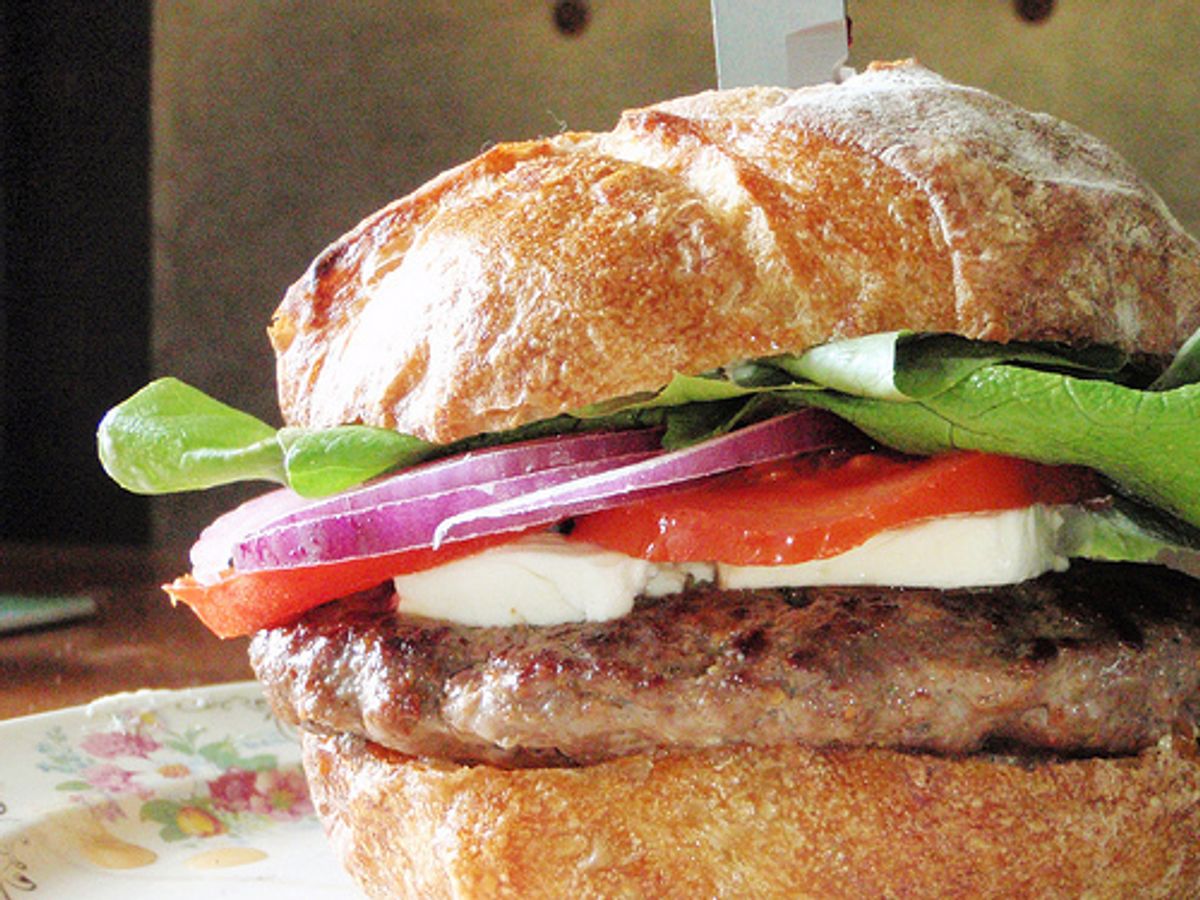 What do you drink to wash down a $325,000 burger? That and other important questions will probably be on the mind of one Dr. Mark Post this weekend as he prepares to make history on Monday by consuming the world's first lab-grown beef.

The burger will be knitted together from tens of thousands of strands of protein, originally from cattle stem cells, which have been growing in a petri dish in Post's Netherlands lab. An anonymous donor is funding the effort.

The project is seen as proof-of-concept that lab-grown beef isn't the stuff of science fiction, and could one day be a viable alternative to traditional livestock, which contribute a significant amount of greenhouse gases to the atmosphere and tax our agricultural system. To get to that point, Post will have to figure out a way to produce the meat more quickly, and give it a more reasonable price tag.

Still, there's much to look forward to at Monday's big event. We'll finally learn the identity of the burger's mysterious backer. And at long last, we'll be able to report what it tastes like.