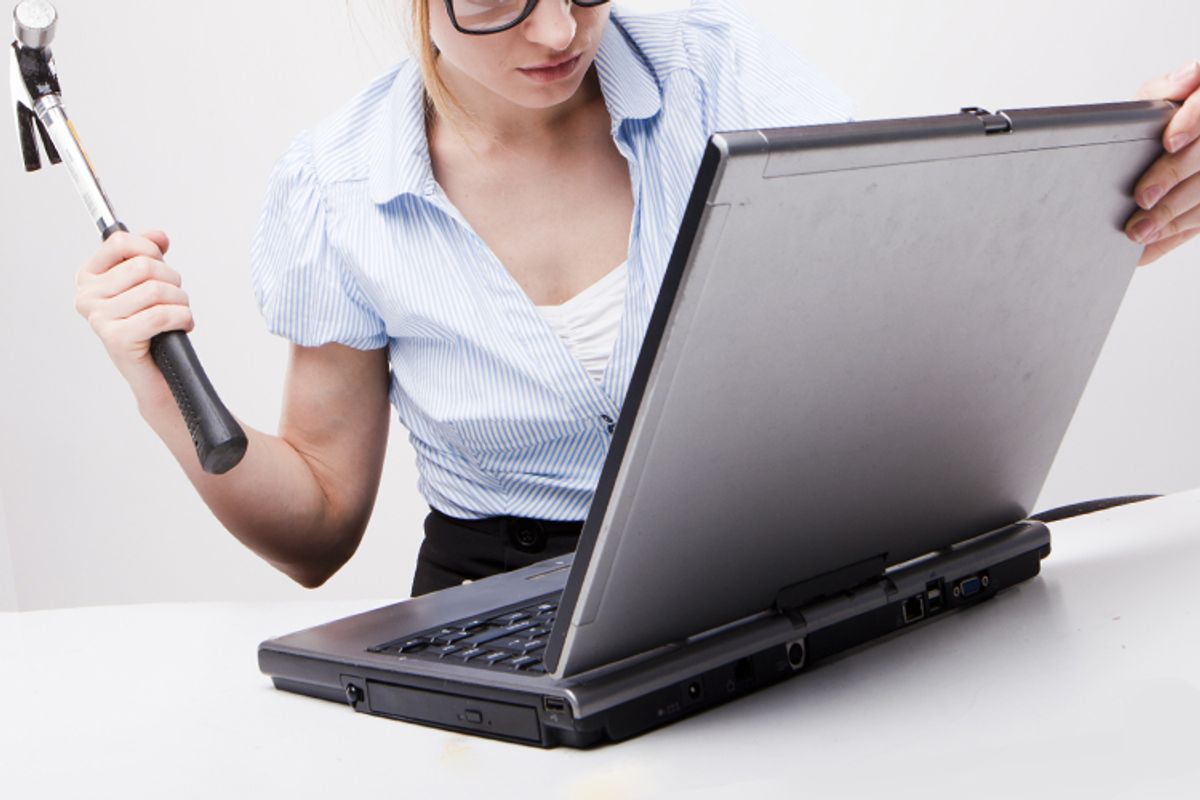 I don't want to be your friend. You don't really want to be mine either, right? Great. Then let's not.

I mention this because I recently got a Facebook friend request from someone I have never met or communicated with. A person who, when I checked his profile, already had several thousand friends. Let me tell you – when I saw that, I did not feel special. In fact, I felt kind of cheap. And though I generally try to be open-minded and tolerant, I admit I found myself feeling pretty judgmental about the guy. Wow, I thought. That's a lot of friends. That's a pretty slutty number, when you get right down to it. You think you can just click "add" and make me another notch on your friend belt? Well not so fast, buddy. Not so fast.

Three years ago, I decided I'd reached my personal FB critical mass. After believing a few years earlier that I had to get on for career reasons, I found I had maxed out on seeing the sandwiches of people I didn't even really know. So I deleted a bunch of people. I stopped making friend requests. I decided I wouldn't accept new friend requests, with a few exceptions for people I truly like and feel a connection with. Soon after, I was diagnosed with cancer, and I've happily kept my Facebook circle my one relatively small, slightly more private online space ever since. I've also steadfastly ignored the temptation to create a public page or even have followers just for my work. I get enough spam and abuse in my other platforms; I don't want to devote my time and energy to moderating another venue.

Twitter is my stage, but Facebook has become my home -- and I don't want a few thousand people in my home. I know other people see it very differently, yet what surprises me is that although many of my pals have far more FB friends than I do, when I broached the topic recently – on Facebook, of course -- almost all of them said they'd prefer to have fewer friends too. Or as my friend Mitch swiftly observed, "You're reminding me to cull." To which Ella, a colleague I communicate with but know only online, replied, "People think they're your friend now. They'll be hurt. It's so so hairy. I once did a cull, and got some very offended notes." Damn you social media, you sticky morass.

While an educator and online media expert with "close to 1,700" friends contentedly states, "I pretty much know (and have affection for) nearly all of them" and an acquaintance with 500 is grateful that "a bunch of other people who started as FB friends/strangers have become real friends," it seems a lot of people would be happier with a more intimate circle. My artist friend Bella has 750 friends but "I wish it were less." Owen, an old friend with 800, says, "Culling seems daunting -- at this point I'll probably just ride out Facebook (until it collapses under its own commercial weight) and make some different decisions on whatever my next social platform turns out to be." George, with 490, "all but two of whom I've met in person," says, "I should probably purge. I purged after deleting my account for a month last year, but it's crept back up." Daniel, a journalist with 400, says, "I feel a certain pressure to maximize both friends and followers, and then to make sure enough of my posts are "public" so the followers can see them." Brian, a former colleague with 1,400 friends, says, "I never bothered to… stop accepting all friend requests that aren't obviously pornbots or to cull the list" but also admits, "I wouldn't be heartbroken if Facebook went away. I don't like it very much, don't think it's a good user experience. I only use it because so many other people do, so it's something of a professional necessity." Some days, it feels like we're all just grudgingly tolerating each other's cat photos.

In private, a longtime friend admits, "I feel quite stupid to have over 1,000 'friends,' as I basically like about nine people in the world at any given time," while a writer pal with 650 sorts all of her FB friends into lists, because she thoughtfully says it's the best way to "get the most out of the service and avoid being annoying." And another, who uses birthday alerts as a reminder to evaluate her friends list says, "I am absolutely not conflicted about unfriending people I no longer or barely know, especially on their birthdays."

I have creative friends who use Facebook as another means of promoting their work, and for them, having a few thousand friends isn't at all a sign of social media promiscuity. It's just how they work. Sometimes I need to remember that, to remember that we all carry a different version of what our online world looks like inside our heads. But when I talk to the people I know, whose geography and lifestyles span such a wide range of individuals, I wonder why so many of us are united in a sense that a significant chunk of the people we're sharing our online lives with are people we don't even care about. Is it a collective case of Fear of Missing Out, concern that we're insufficiently branding ourselves, or a misguided sense of politeness that keeps making us add, accept and hang on to people we have no true connection to? Is it just, as another pal aptly explains, because "I hoard"? A wise friend notes that "In many cultures around the world... the number of people with whom one can maintain stable social relationships tends to hover around 150." I don't believe Facebook has to be anybody else's destination for stable relationships, but I do know that number feels pretty sane and right for me.

I will likely never how the guy with the big friend list found my name, or why he felt like adding me to his collection, because there was no personal note, no message or attempt to embark on a new acquaintance, virtual or otherwise. Maybe he's not a big Facebook slut but just a dedicated professional schmoozer. And that's fine. He can always find me on LinkedIn.