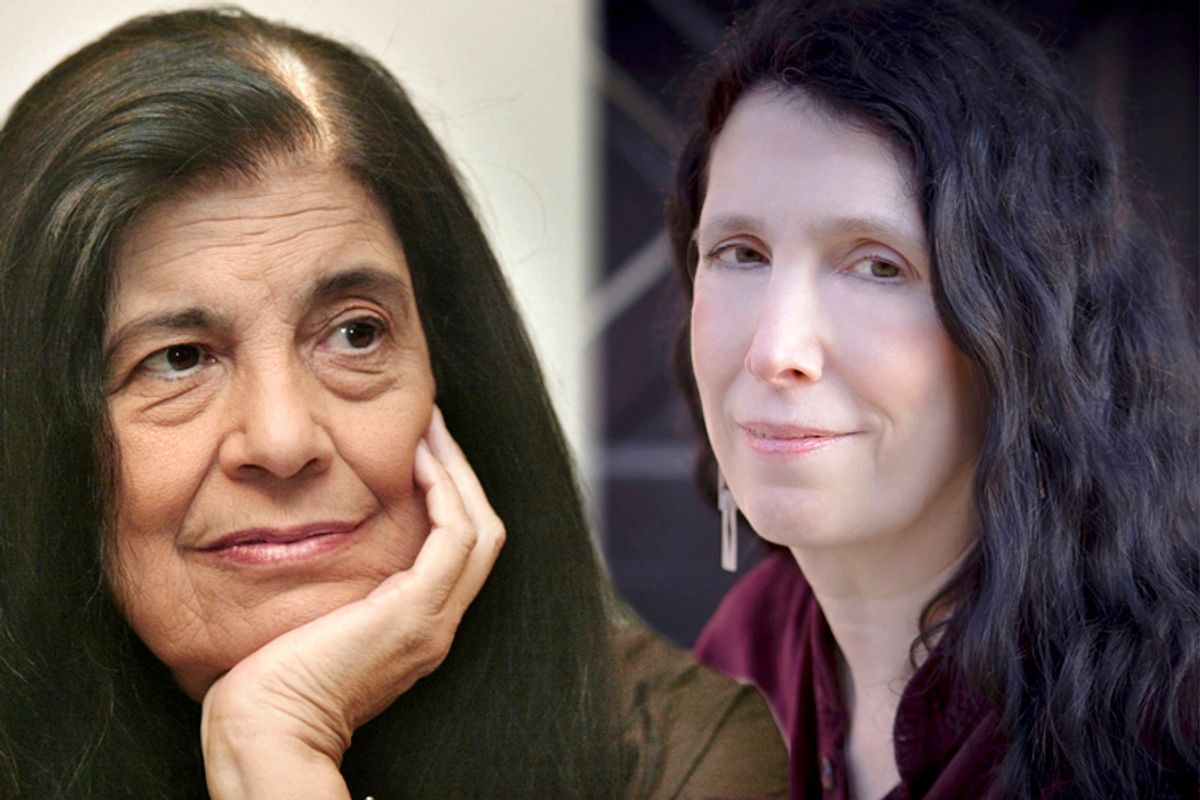 One of the constant struggles of the social media age is figuring out what’s appropriate to share with friends and strangers. This becomes an even bigger conundrum for writers, as more and more, they are encouraged to present a more personal, human side to their readers. Private thoughts have become professional thoughts — and these thoughts are shared often with no edits, as the writers are thinking them. It used to be that many writers’ diaries were published posthumously — and often, passages they might not have intended for the public would be shared with readers. But what does the age of social media mean for correspondence and diaries? Are tweets and Facebook status updates and Tumblr posts and emails replacing journals and letters? And if so, are we losing something in the process?

I’ve become deeply interested in writers’ innermost thoughts, and because of that, I’ve started seeking out published diaries by some of my favorite writers. Recently I’ve been reading Susan Sontag’s diaries (assembled by her son, David Rieff), which date back to her teenage years. I like the raw thoughts in journals; they show writers at their most vulnerable and most ridiculous. There’s sometimes more truth to fragmented scribbles than there is to a finished essay or story or novel or poem.

Leonard Woolf wrote in the introduction to Virginia Woolf’s "A Writer’s Diary": “The diary is too personal to be published as a whole during the lifetime of many people referred to in it.” If this remains true for most writers, what about their thoughts that they share online? Novelist Matt Bell (author of "In the House Upon the Dirt Between the Lake and the Woods") is one of the best examples I know of a writer who is generous with his readers. On Facebook, he often shares literary quotes that inspire him, or random observations from his day. He doesn’t keep a journal, but he argues that everyone lives more publicly now — not just writers.

“We don’t need the myth of the writer,” Bell says, “but the writer’s work, and I think it does all of us writers and readers a favor to realize that the men and women who wrote our favorite books are more like us than we used to believe: They are not special or better than us or imbued with some kind of mystical or magical nature that makes their books possible — they are us, living similar kinds of lives, with the same kind of day-to-day triumphs and worries, flaws and boredoms and joys as the rest of us, families, kids, jobs, and so on — and despite that they have managed to make these wondrous works of literature and art.”

That’s one of the biggest reasons why I turn to diaries, and now to fellow writers I can follow online: I want to hear about the ups and downs in a writer’s career. I want to know what they’re reading and what inspires them. I want to know what’s going on in their lives. That sounds kind of creepy, but it’s true. I can read Sylvia Plath’s diaries or John Cheever’s, but I can’t tweet at them and ask them for advice.

We live in an age where writers' lives are more transparent than ever before. “Anything our greatest living writers can do, we can do too, if we too are willing to put in the years of study and practice and effort they have, all while living lives like our lives,” Matt Bell says. “The artistic playing field has always been level in this way, but it’s never been so easy to see.”

But some writers remain uncomfortable with sharing anything about their private life online. Jess Walter (author of "Beautiful Ruins") is one of them. “Personally, I don’t like sharing thoughts before you’ve had a chance to ‘write’ them. It feels like you’re a vintner giving away your grapes … I do admire Facebook’s and Twitter’s ability to connect people, but there’s something of the writer that feeds off periods of disconnection, too, living outside the stream of culture so that you can describe it.”  Walter says he’s kept a writing journal for 20 years, but his observations in his journal aren’t really “pithy” enough to tweet.

British writer Nick Harkaway (author of "Angelmaker") has never felt the need to keep a diary. “I don’t find the safe, happy reality of my life narratively compelling.”  But he is quick to point out “that many classic diaries were absolutely written with an eye to publication (Churchill was a frantic mythmaker, for example) and that Truffaut created auteur theory partly as an advertising tool for himself. This isn’t new under the sun.”

Of course, some authors' tweets and Facebook posts must be disingenuous too. Are some writers just putting on a show, demonstrating a superficial aspect of themselves? Probably -- but others may go in the opposite direction, operating with calculated restraint. They may reveal some inner thoughts while keeping their most private feelings offline.

As Caroline Leavitt (author of "Is This Tomorrow") says, “I don’t believe in living out loud and sharing every single thing — because to me, it seems to diminish the really important things you share only with people you love in the real world, and whom you trust … I don’t have a persona online. I am who I am. I tell the absolute truth. But I still protect myself.”

“The good thing about being open on social media is that readers feel an increased connection to you — maybe that means that because they like and feel that they understand you, they bring something deeper to your work,” Leavitt says. “Sometimes they want to read you because they like who you are. But it can work the other way. I’ve been impassioned about gun control, about the election, about any number of things — and it’s cost me readers.”

Even if there is a level of acting involved in authors who use social media, it isn’t anything new. Brian Morton (author of "Starting Out in the Evening" points out: “I’ve read that Tolstoy used to keep two diaries, one that he left lying around for other people to read, the other a more intimate record for himself alone. I think self-exposure on social media is probably like the diary we leave out for others. There’s probably always an element of performance in it, even when it seems most naked.”

There’s definitely something satisfying about reading the collected diaries of a writer you admire. I can’t imagine "The Collected Tweets of Teju Cole," for instance -- although his tweets would probably make an interesting book.

And even though some writers are able to maintain a balance of public and private, it doesn’t mean there aren’t those of us who struggle with how exactly to do that.

Kate Zambreno (author of "Heroines") is very active on Twitter — and often tweets her strong opinions. “My online communications have always been fraught and ambivalent," she says, "and often tracing my own feelings of shame and desire, in sharing online. And I think that feeds me too, and often what I write online can be a sort of notebook for more formalized works.”

She still keeps a private diary, though — which she says is “necessary for my process as a writer and person. I hope I always will. I think I allow myself to document there in a less fragmented way, or sometimes, more fragmented, not feeling an immediate pressure for narrative.”

Even though I don’t keep a writer's diary, I find myself wanting to — although there’s something deeply satisfying about the instant feedback one can get from social media friends. Perhaps in this day and age, a diary and social media can serve the same purpose: as a place for writers to be themselves. Yet part of me is intimidated by the idea of sharing all of myself with an audience. The privacy of a good old-fashioned diary for my unfiltered thoughts is incredibly appealing -- even though I know that for writers in times past, what was private eventually became public.