"Megalodon: The Monster Shark Lives" pretends that a shark that went extinct millions of years ago is still alive 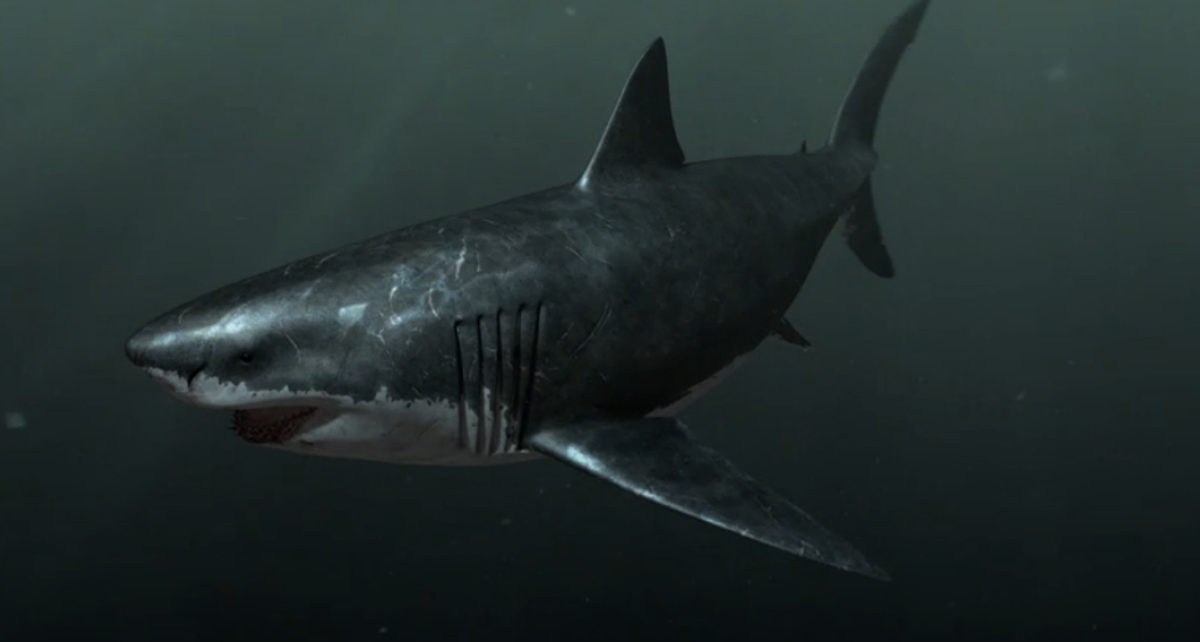 Megalodons, the awe-inspiring, ferocious prehistoric sharks with a bite force between 10 and 18 tons, do not exist anymore. This is a basic fact, but one which the the Discovery Channel managed to get wrong in a 120-minute "documentary" it amazingly titled "Megalodon: The Monster Shark Lives" that aired on Sunday night.

The Megalodon does not live. The Megalodon is extinct, and has been extinct for between 50 to 2 million years. The show offered only this confusing disclaimer to attempt to clarify this scientific fact:

None of the institutions or agencies that appear in the film are affiliated with it in any way, nor have approved its contents.

Though certain events and characters in this film have been dramatized, sightings of “Submarine” continue to this day.

Megalodon was a real shark. Legends of giant sharks persist all over the world. There is still a debate about what they may be.

The two-hour episode proceeded to follow a group of actors hunting for some sort of super-shark, purportedly the Megalodon, off the coast of South Africa. The shark was nicknamed "Submarine."

But some 70 percent of viewers of the Discovery Channel now believe that the Megadolon exists, according to an open letter written in Discover Magazine by Christie Wilcox, an evolutionary biologist and freelance writer. Wilcox writes that nearly everything depicted in the documentary "is a complete and total myth":

No whale with a giant bite taken out of it has ever washed up here in Hawaii. No fishing vessel went mysteriously missing off of South Africa in April. No one has ever found unfossilized Megalodon teeth. Collin Drake? Doesn’t exist. The evidence was faked, the stories fabricated, and the scientists portrayed on it were actors. The idea that Megalodon could still be roaming the ocean is a complete and total myth.

Here’s what I don’t get, Discovery: Megalodons were real, incredible, fascinating sharks. There’s a ton of actual science about them that is well worth a two hour special. We’ve discovered their nursery grounds off the coast of Panama, for example. Their bite is thought to be the strongest of all time—strong enough to smash an automobile—beating out even the most monstrous dinosaurs. The real science of these animals should have been more than enough to inspire Discovery Channel viewers. But it’s as if you don’t care anymore about presenting the truth or reality. You chose, instead, to mislead your viewers with 120 minutes of bullshit. And the sad part is, you are so well trusted by your audience that you actually convinced them: according to your poll, upwards of 70% of your viewing public fell for the ruse and now believes that Megalodon isn’t extinct.

Because who needs science when you've got...not science?