Millennials are hopeless, and it's all our fault

Jobs are vanishing for young Americans, thanks to a narcissistic national politics that's disconnected from reality 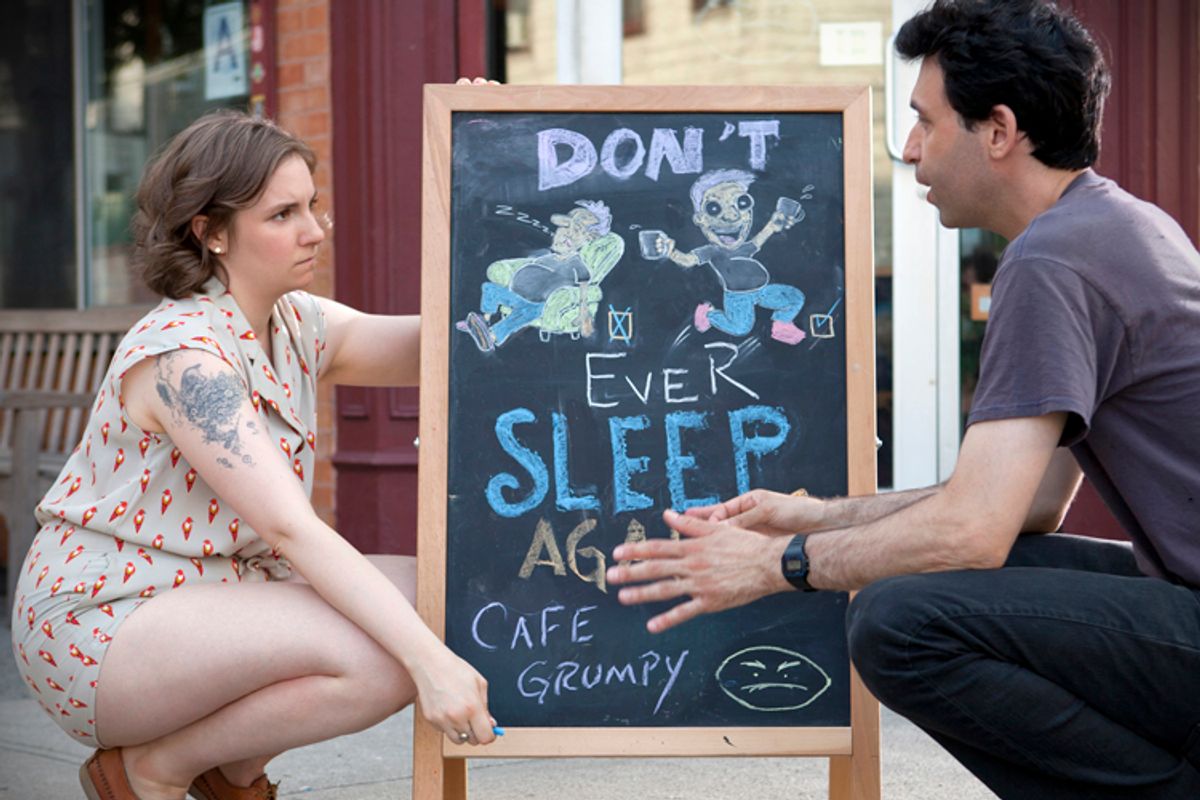 For decades now, America’s political leadership has pushed for our integration into the global marketplace, highlighting it as the central imperative for our national and planetary well-being. Boosters of free trade said such an embrace would assure our status, while raising living standards and promoting democracy around the world. They took the collapse of the Soviet Union as proof-positive that destiny and God were on their side.

In this Darwinian model, anyone who was not poised for this transnational roller derby would find they perished because of their lack of ambition or relevance. With an inspired efficiency the global market would sort out who was of value and what was not. While the global trade model has made some individuals and corporations fabulously wealthy, it has also created a vast army of young people who are unemployed and not in school. In other words, we have failed our millennials.

The World Economic Forum estimates that 40 percent of the planet’s young people, described in Mexico  as “ninis,” are not employed or enrolled in school. The Organization for Economic Co-operation estimates 7.5 million Mexicans ages 15 to 29 fall in this category. Such a surplus of humanity offers the drug cartels their pick of young recruits and customers.

The BBC regularly reports on the dimensions of youth unemployment rates in Europe: Greece at 62 percent, Italy at 40 percent, and the entire Eurozone averaging 24 percent.

While global unemployment is at 4.5 percent, the World Economic Forum reports youth idleness is at 12.6 percent. That translates to 75 million disconnected young people, who with each passing month become increasingly unemployable. Analysts say that for close to half a billion young people, the work they do get is part-time and temporary, which classifies them as underemployed. That status makes them highly vulnerable to market fluctuations.

The International Labor Organization says the growing ranks of idle young people is sparking a “significant aggravation of social unrest in 45 of the 116 countries surveyed.”

Case in point: 26-year-old Mahomed Bouazizi, the Tunisian street vendor, who in 2010 set himself on fire to protest the confiscation by police of his fruit stand. That helped spark the so-called Arab Spring. Young people want to work and when government “arrangements” are identified as impediments to their youthful ambition, forget jihad, they want a job.

As governments in fiscal crisis turn to austerity as their only remedy, they lose the running room needed to make strategic investments in the future employability of their youth. If the private sector fails to pick up the slack, the continuing failure to invest in this human capital becomes a long-term handicap that can hobble nations into the next generation.

Though not on the scale of Mexico or Southern Europe, here in the U.S. there are signs of a growing class of young people on their way to being sidelined. This wound appears self-inflicted by a narcissistic national politics totally disconnected from the current social conditions of people outside the Beltway.

According to the Social Science Research Council’s report, “A Measure of America Study,” an "astonishing one in seven Americans ages 16 to 24 is neither working nor in school -- 5.8 million young people in all.” The authors rightly point out that such idleness has long-erm impacts for our nation. As their plugged-in peers ascend the ladder of success with that first job, these “disconnected youth find themselves adrift at society’s margins unmoored from the structures that confer knowledge, skills, identity and purpose.”

How ironic. Even as we fret most furiously about the lack of a sufficient workforce to carry us baby boomers into our "golden years," we fail to see that we are squandering the generation we are counting on to carry the load.

As we approach the 50thanniversary of Dr. King’s 1963 March on Washington, we can not afford to lose sight of the fact that one out of five young African-Americans is not working and not in school.

Washington is not the only place that’s ignoring the youth unemployment crisis. For the last three years New York City turned away 100,000 teens looking for summer jobs. The city spends as much as $19,000 to educate students from September to June but fails to spend a few thousand dollars for summer jobs.

Statistics from the Social Science Research Council analysis documents that in parts of the South Bronx 35 percent of the young people between 16 to 24  are not in school or on the job.

In parts of Brooklyn that number is 30 percent. Is it just coincidence that the very neighborhoods where the NYPD’s stop-and-frisk strategy has been most active (and controversial) are these places where the youth is most idle?

All totaled, researchers say there are 350,000 of these idle young people in the New York metro region, or seven Yankee Stadiums full, of our “future” that’s wasting and waiting.

Roxanne Reid is a longtime tenant association president in the Castle Hill Houses in the South Bronx, where one in three young people are out of work and not in school. Castle Hill is part of New York City’s Housing Authority system, which provides apartments for 600,000 low-income families.

Reid says years ago, every kid who was able got a summer job. “Back in the day they just went down and signed up with the city and got a job and I would put them to work with the contractors fixing the buildings up,” Reid recalls. “Now, they have to enter a lotto and their number gets put in a machine. It’s pretty bad, really.”

Reid believes having the kids paint the walls and help maintain the apartment complex made it far less likely they would deface it. A few years back one of her summer teen workers showed up in a U.S. Army uniform saying that summer spent with Reid set him on the right path to adulthood.

Part of our problem is that if you don’t turn out to be college material right after high school in the U.S., we are pretty much done with you unless you want to enlist in the military. With Harvard and Yale graduates running the government, we dismantled vocational education, assuming that working with one’s hands was demeaning. There are parts of the world, like Germany, where skilled trades are respected.

Back when I was a 20-something without a job I signed up for the Carter-era Comprehensive Employment Training Act (CETA) with Bergen County. We produced performing arts events including the first New Jersey Dance Festival. I learned logistics, marketing and the tech side of theater production.

Working as a CETA participant I got paid while I learned from an avuncular former bank vice president, who had lost his bank job, how to tie a tie and the value of deodorant in the office. In subsequent jobs, I acquired more skills because older people trusted me with their expensive tools, which included Ford front-end loaders, chainsaws and typesetting machines. They were Republicans, Democrats, Libertarians and Anarchists. But they invested in me. Today's young Americans deserve no less.