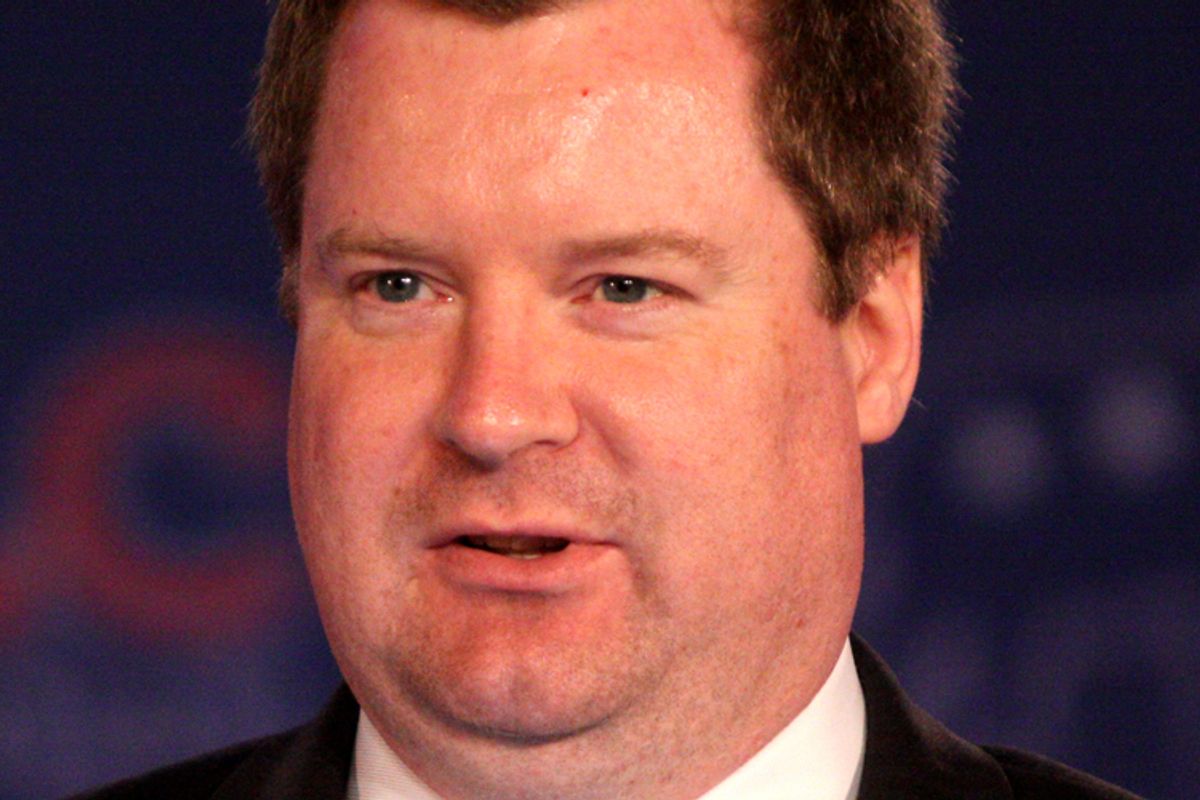 Remember that whole mystery Republican strategists were trying to solve about why women don't seem to "connect" with their party?

Well, I may have found a clue!

On Monday, Wendy Davis deflected a question from a reporter attempting to link legal abortion to the crimes committed by convicted murderer Kermit Gosnell by focusing her response on the impact Texas' new law will have on the lives and safety of women.

On Tuesday, Erick Erickson tweeted this:

Not sure, but Erickson may have something to do with his party's "woman problem."

But Erickson's cavalier sexism (which is odious, though unsurprising), is only half of the story.

Like so many others in the anti-choice movement, Erickson is trying, once again, to exploit the atrocities committed by Gosnell to further restrict legal abortion care in the United States. But, as Davis noted in her response to the Weekly Standard, the way to stop men like Gosnell from committing crimes is to make sure that abortion remains legal, accessible and affordable for women.

As Salon has previously noted, it was a lack of other abortion care options that led many desperate women to Gosnell's clinic in the first place.

This is precisely the kind of crisis brewing in Texas (and elsewhere) right now, and precisely what Davis and other reproductive rights advocates are working against.

But that probably wouldn't occur to someone like Erickson, who upon learning that Texas had passed the restrictions that would shutter all but five clinics in the state, tweeted a gleeful link to a wholesale wire hanger provider.