Privacy, net neutrality, antitrust. Here are five Amazon stories the Post needs to dig into, now more than ever 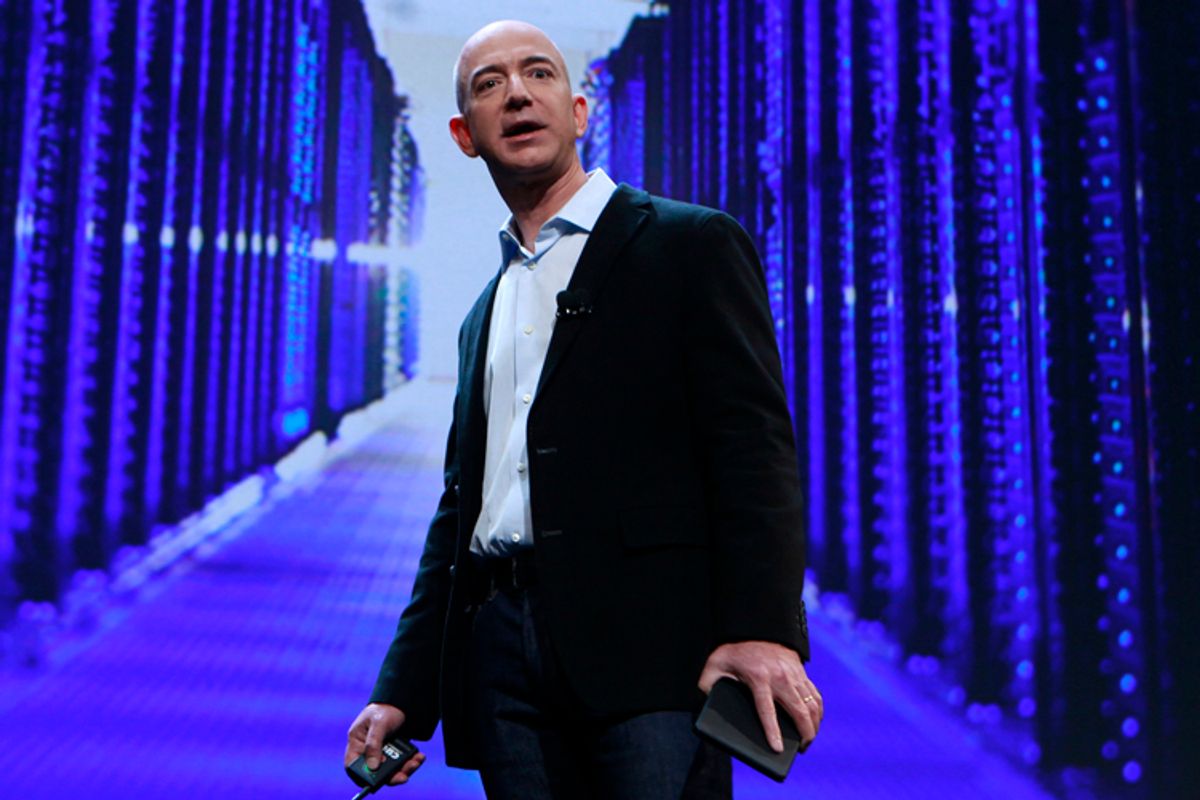 More often than not, the owners of newspapers have used them to pursue their own agendas. William Randolph Hearst famously bludgeoned the U.S. into a war with Spain. Donald Graham, the now former owner of the Washington Post, lobbied in Washington for policies that would favor his company's for-profit education subsidiaries. Rupert Murdoch took an already conservative Wall Street Journal and pushed it overtly into partisan Republican politics. So if sharp eyes are soon able to discern a change in how the Post covers topics dear to Jeff Bezos' heart, it will be disappointing, but hardly shocking.

The problem is, there are just so many topics that Jeff Bezos, in his capacity as CEO of Amazon, might care deeply about that Washington Post reporters and editors will soon find themselves in a uniquely uncomfortable position. Amazon plays such a huge, influential and controversial role in the modern economy that it is effectively impossible to cover the intersection of business, technology and politics without constantly stumbling into Amazon. The conflict-of-interest potential will be enormous.

If, as Bezos promised, the responsibility of a newspaper is to its readers, and not to its owners, then he will have to understand that the Washington Post must be above suspicion. Critical coverage of Amazon must intensify.

Here are five stories that the Washington Post should put on Page One, ASAP, and keep there, indefinitely.

On July 10, a District Court judge ruled against Apple in a e-book price-fixing suit brought against the iPhone maker by the Department of Justice. For the best explanation of why the decision was probably not in the best interests of the publishing industry, Laura Miller's "Everything You Need to Know About the Great E-book Price War" is an essential first stop. But the basic point is this: The DoJ brought an antitrust suit against Apple that only strengthens Amazon's stranglehold over book publishing. The question of why the Obama administration felt required to pick sides here is worth further coverage. How Amazon's business practices continue to transform the entire chain-of-publishing, from author to reader, is a story that the Post should never let go.

Through its own massive retail operation, Amazon boasts an incredibly detailed database of consumer preferences tied to our real names and credit card numbers. But that's just the beginning. Amazon Web Services cloud offerings connect the company to many of the Web's biggest players, from Netflix on down. One 2012 report states that a third of all Internet users accessed Amazon's cloud at least once a day. Amazon also has a cloud computing contract with the CIA worth a reported $600 million. What does Amazon know about us, what is it sharing with the government, and how is it using that information to influence our consumptions habits? How Big Data is used against us will be a defining technology story for the foreseeable future. Amazon is Big Data.

President Obama's decision to give a speech on the economy from an Amazon warehouse was roundly criticized for its tragic and ironic juxtaposition. Amazon warehouse jobs are not what most people would consider good jobs. There have been numerous media reports of poor working conditions. Amazon is a perfect proxy for how the Internet economy is squeezing the middle class and propelling income inequality. If the Washington Post intends to continue covering labor issues in the future, Amazon must be under the microscope.

Amazon has long been a supporter of "net neutrality" -- the notion that providers of Internet access should not be able to discriminate against the providers of specific Internet services. In a world that observed net neutrality, Comcast, for example, shouldn't be allowed to give preferential treatment to Barnes & Noble over Amazon. Because net neutrality affects the interests of nearly every provider of telecommunication and Internet commerce services, the legislative attempt to shape a net neutrality regime has become a massive lobbying free-for-all. Previous editorial pronouncements on "net neutrality" from the Post have been difficult to parse. How will the paper continue to cover this issue?

Brick-and-mortar competitors of Amazon have long complained that the company gained an unfair advantage from not having to pay sales taxes in states where it had no "physical" operations. And for most of the past decade, Amazon lobbied ferociously against any effort to pass new laws that would even the playing field. The company recently dropped its opposition to a national law that would require all states to collect taxes from online merchants, possibly because it currently has physical operations in so many different regions that it was more trouble than it was worth to keep fighting. But that doesn't mean the story is over. Quite the opposite; the long fight over the sales tax is a great reminder of just how big a role Amazon plays in economic policy issues of national importance.