Revenge of the "Abortion Barbies" 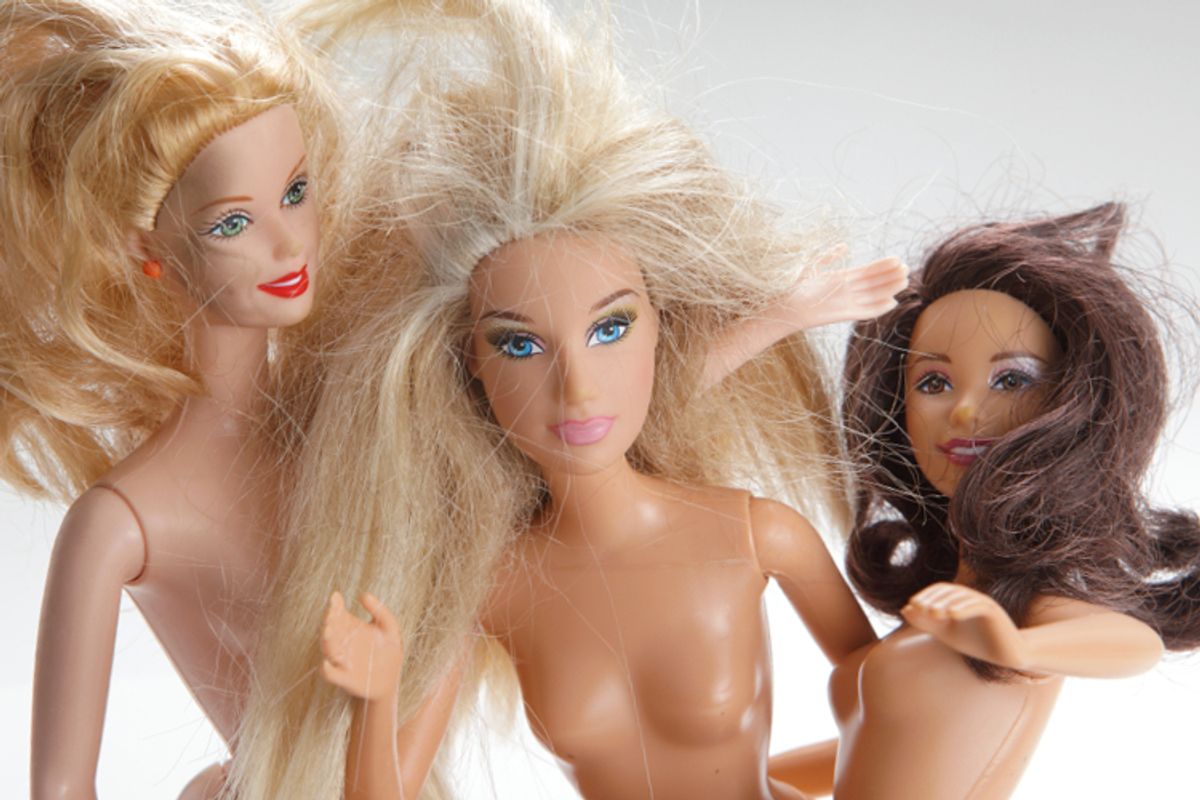 Erick Erickson is the insecure frat-boy id of the Republican Party. Oh, sure, party leaders wring their hands about their problem with women voters, but deep down, we’re all "Abortion Barbie" to a whole lot of them. Only Erickson is creepy enough to say so.

In case you missed it: Erickson -- last seen freaking out over women as breadwinners, and being schooled by Fox host Megyn Kelly -- apparently had a panic attack today over Texas state Sen. Wendy Davis, and decided to call her “Abortion Barbie.” That’s clever, and likely to do his party as much good with women as when Rush Limbaugh decided to call Sandra Fluke a “slut” and a “prostitute.”

But Erickson’s outburst comes in a week when Republican National Committee chairman Reince Priebus melted down over CNN and NBC plans for a Hillary Clinton miniseries, and Senate Minority Leader Mitch McConnell got so rattled by Democratic challenger Alison Lundergan Grimes that he disrespected her by attacking her dad, as though the girl in the race didn’t matter enough to engage directly.

Psychologically a lot of Republicans seem to have problems with women, with our real and imagined power. The conservative project of controlling us is coming undone, and their fear is showing. But politically, they’ve got even bigger problems, with women’s genuine and growing political power. From Wendy Davis to Alison Grimes to Michelle Nunn in Georgia (she’s leading all her GOP Senate rivals in the latest PPP poll), female candidates are giving Red State Democrats some hope that they may win more statewide power sooner rather than later.

So Mr. RedState.com let loose another well-timed slur to give us a window onto his fear and loathing.

Reince Priebus has so many fears: He of course fears Hillary Clinton, since the GOP doesn’t have a candidate who could win a primary who could beat her if she runs. He fears his party’s likely 2016 roster, which may not be as chock-full of wacko birds as the Michele Bachmann-Herman Cain 2012 slate, but will still have plenty of characters to scare moderate voters. He fears a rerun of the grueling 2012 debate schedule, where said wacko birds had more than enough time to hang themselves with their own words.

And so his silly attack on the Hillary Clinton miniseries is a three-fer, for Priebus: It’s a way to attack Clinton, to reduce the number of 2016 GOP debates and to declare fealty to Fox News. He took his complaints to Sean Hannity Monday night, and the Fox host supportively stroked his hand and echoed his complaints, declaring that the CNN and NBC miniseries will be a “love letter to Hillary.” Both Priebus and Hannity would like the 2016 GOP race to be contested entirely on the friendly terrain of Fox News, where candidates are received lovingly, and viewers are reassured their party will win in a landslide, until Karl Rove’s “Republican math” fails him and they have to announce the election of yet another Democrat.  It wouldn’t seem to have worked out so well for them last time around, but I guess it’s better than going out into the big scary world where Democrats have a growing edge with the largest single voting bloc: women.

Then there’s Mitch McConnell. It’s way too early for Democrats to get overconfident about Grimes’ chances in Kentucky. McConnell will have a lot of money and loves to fight dirty. But there was something unsettling about his decision to attack Grimes’ father at the iconic Fancy Farms event over the weekend. “I want to say how nice it is to see [former Kentucky Democratic chairman] Jerry Lundergan back in the game,” he told the crowd. “Like the loyal Democrat he is, he’s taking orders from the Obama campaign about how to run his daughter’s campaign.” In fact the family is much closer to the Clintons, who are hugely popular with Kentucky Democrats, so McConnell’s decision to attack Grimes through first her father, and then through the president, was not just coded sexism but racism, and betrays his fear of a strong woman candidate – not just Grimes, but Hillary Clinton.

But at least he didn’t call her “Abortion Barbie.”

We all know the Republican Party is demographically doomed, but the question is how soon will its dominance with white voters become irrelevant in a multiracial America. It will be very soon if Republicans continue to repel white women. Depressingly (to me), white women went for Mitt Romney in 2012 after backing Obama in 2008. But in many states, younger white women and college-educated white women are a swing electorate that can accelerate the transition from red to blue.

So keep slurring Wendy Davis, and Alison Lundergan Grimes, and Hillary Clinton, Republicans! While you continue to insult and stereotype African-American and Latino voters, you’re making sure that the Obama coalition not only holds together but expands in 2014 and 2016.