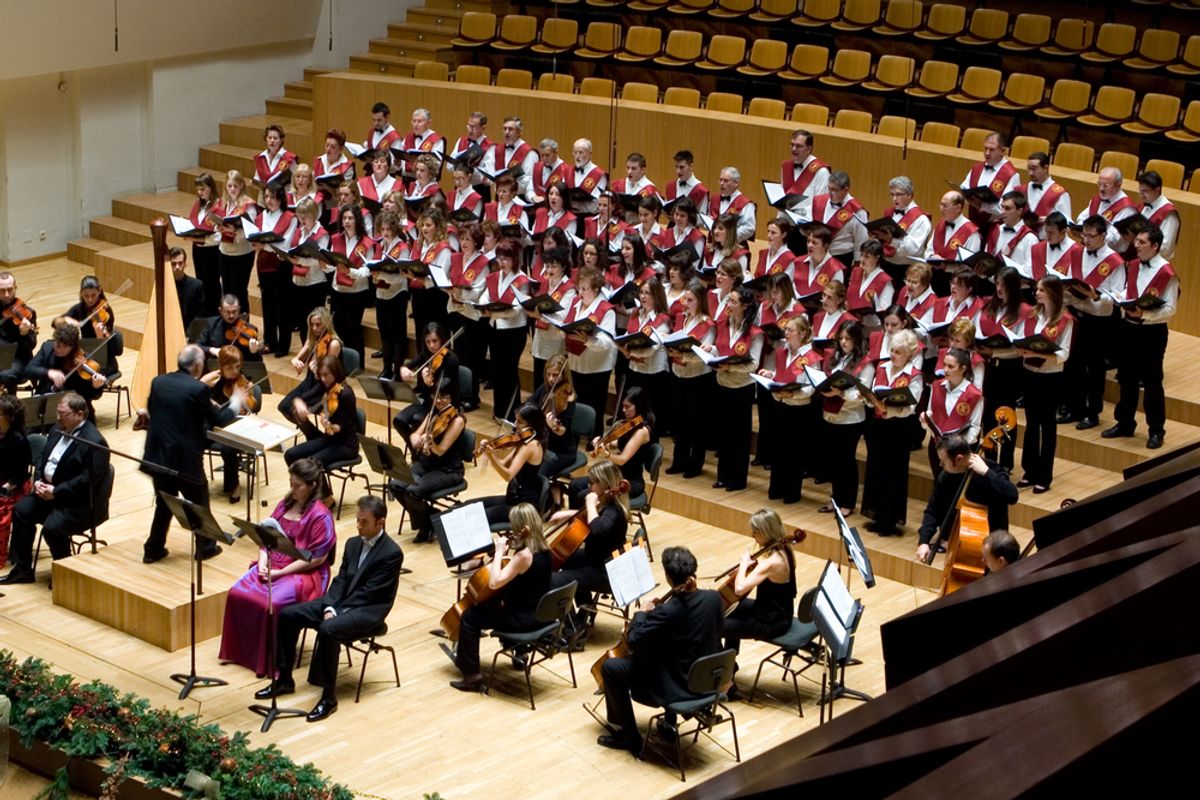 The question of why humans invented music—and continue to be enthralled by it—has long puzzled scholars. While some, including Charles Darwin, have guessed it grew out of a courtship ritual, recent research has focused on its ability to strengthen bonds within a community. Think military marches, or fight songs at a football game.

A newly published paper presents intriguing evidence supporting that hypothesis. Chris Loersch of the University of Colorado and Nathan Arbuckle of the University of Ontario argue that music developed “as a form of social communication, a tool to pass information about the group’s shared mental state to a number of individuals at once.”

“As it became increasingly adaptive for humans to live in social groups, various biological and psychological mechanisms evolved in order to maintain a group structure,” they write in the Journal of Personality and Social Psychology. “We hypothesize that human musicality is one of those mechanisms.”

Such a theory is not actually provable, of course, but one can find clues. The researchers describe seven studies in which they demonstrate a connection between the need to belong and the tendency to experience a deep emotional reaction to music.

In one study, 112 adults recruited online filled out a series of surveys. One measured their “need to belong,” asking them to agree or disagree with such statements as “If other people don’t seem to accept me, I don’t let it bother me.” A second measured their emotional reactivity by assessing their agreement with such statements as “I get upset easily.”

A third survey measured their emotional and physical reactions to music. They revealed the extent to which they agreed with such statements as “When I listen to music, I can feel it affect my mood” and “When I hear music, my foot starts tapping along with the beat.”

The researchers found their response to music has a “unique predictor” of the need to belong, above and beyond their general emotionality. In short, those who reported a greater need to belong also tended to have more intense involvement with music.

In another experiment, the researchers “threatened, or affirmed, participants’ sense of belonging in an important group.” Participants were 98 University of Missouri students who were manipulated to believe that, compared with their peers, they were either a lackluster or an enthusiastic member of the university community.

After receiving their scores, they took a separate test designed to measure their response to music. The results: “When participants’ sense of belonging was threatened and they became motivated to reestablish social ties, they became more affected by the music they heard.” The same pattern was found in a follow-up study featuring 138 adults recruited online.

The researchers concede that this is hardly definitive evidence. But it does dovetail nicely with some other recent research, which has found singing together appears to inspire spontaneous cooperative and helpful behavior among four-year-olds, and playing music in a group helps older kids develop empathy.

Think about it: Until the invention of the Walkman, music was, by definition, a social experience. Even today, people sing hymns to affirm their commitment to their church, and sing national anthems to demonstrate their love of country. Outcasts find their own communities through outsider genres such as Goth.

In all of those cases, music doesn’t simply entertain or uplift. It binds us together.

As Loersch and Arbuckle put it: “The powerful psychological pull of music in modern life may derive from its innate ability to connect us to others.”