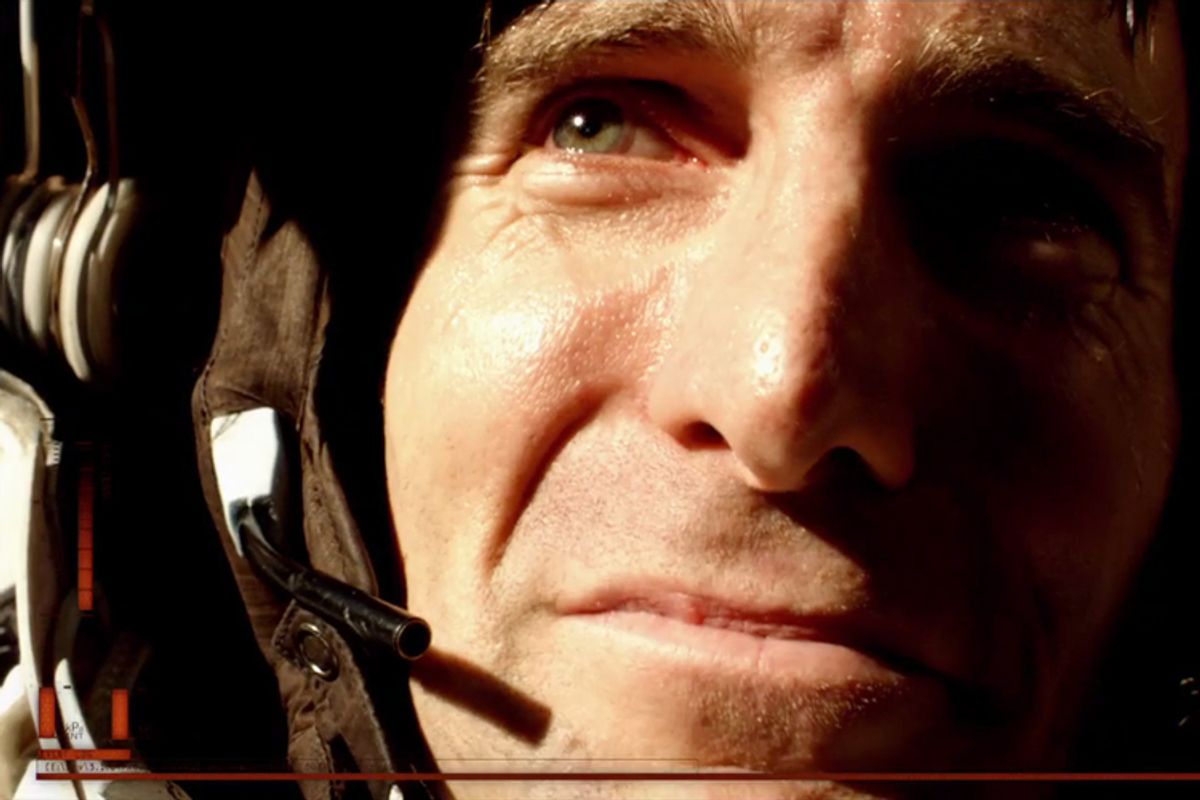 What if our first contact with extraterrestrial life – an event of immense scientific, philosophical and even theological importance – doesn’t go well? It’s one of the most venerable themes in the science-fiction arsenal, and the fact that director Sebastián Cordero, screenwriter Philip Gelatt and a strong international cast make it feel fresh in the ambitious indie “Europa Report” is the movie’s great strength. This is a classic space-mission-gone-wrong movie, with obvious echoes of Kubrick’s “2001: A Space Odyssey,” Tarkovsky’s “Solaris” and numerous others. But where those films used space exploration as a metaphorical way to attack Big Questions, Cordero and Gelatt have made a new-school “hard sci-fi” movie, sticking closely to the real or at least plausible science of space travel and the search for alien life. If this isn’t quite a great movie, it should be an immensely gratifying one for sci-fi fans tired of the conceptual overkill and general dumbness of “Prometheus” or “Star Trek Into Darkness.”

I was dreading watching yet another “found-footage” drama, but this time around the premise works pretty well: It’s sometime around the middle of this century, and earthbound scientists are trying to work out why a private venture to send a crew of six to Europa, a moon of Jupiter believed to have immense oceans beneath its icy surface, has gone awry. As space mavens know well, Europa has become the focus of considerable scientific excitement in recent years, and is now viewed as the most likely place to find life in our solar system. It apparently has liquid water in enormous quantities, along with a surface atmosphere that contains oxygen and other potential raw materials of life. Even finding microscopic organisms elsewhere in the solar system would be a big deal, but some reputable scientists have suggested hypothetical models that would allow Europa’s oceans to support complex life forms.

Does that count as a spoiler? Well, almost – but the point is that where most interplanetary sci-fi, in the “Star Wars” or “Star Trek” vein, depends on either unimaginable advances in human technology or suspending the known laws of physics, even the most fanciful elements of “Europa Report” can’t be considered impossible. This tense and claustrophobic tale was made in collaboration with scientists from NASA’s Jet Propulsion Laboratory, and sticks closely to known or likely issues in extended space travel, including the intense psychological stress, the physical effects of low-gravity or zero-gravity environments, and the hair-raising necessity of doing space walks to perform crucial repairs. This picture was largely shot in a New York studio on a modest budget, but the effects are solid and the technology entirely convincing. Cordero, an Ecuadorian director who previously made the art-house thrillers “Chronicles” (aka “Crónicas”) and “Rage,” directs with considerable verve and B-movie intensity.

The private company launching the Europa craft has recruited experienced astronauts from around the globe, including a calm and capable Chinese commander (Daniel Wu), a taciturn Russian who may have done too much time in space (Michael Nyqvist of the Swedish “Girl With the Dragon Tattoo” series), a cocky, wisecracking American (Sharlto Copley) and a pixieish European pilot (Anamaria Marinca of “4 Months, 3 Weeks and 2 Days”). There isn’t time to develop all these characters adequately in a 90-minute space adventure, but these are excellent actors who convey the manner of people who’ve accepted enormous risk: They banter easily, they handle extended silence, they work together with clipped professionalism and they refuse to panic when disaster begins to close in.

Cordero may rely too much on chronological discontinuity to heighten the ominous mood and ratchet up the suspense, constantly cutting back and forth between the launch and early months of the long flight to Europa, the crisis that leads to the death of one crew member, the mounting excitement of the landing and its aftermath, and the talking-head musing of two scientists back on Earth (Embeth Davidtz and Dan Fogler). On the other hand, he definitely keeps you watching, and by the time the crew arrives on the icy, striated and radiation-dosed surface of Europa, and begins to detect signs that something may have noticed their arrival, the story has largely come together. After its own cool, high-tech fashion, “Europa Report” does explore some pretty big questions in the end, and depicts the spirit of scientific discovery and heroic sacrifice in more compelling fashion than most mega-budget space operas.

“Europa Report” is now playing at the Cinema Village in New York, the Sundance Sunset Cinema in Los Angeles and the E Street Cinema in Washington. It opens this week in Atlanta, Boston, Chicago, Denver, Philadelphia, San Diego and Seattle; Aug. 16 in Minneapolis, San Francisco, Santa Fe, N.M., and Columbus, Ohio; and Aug. 23 in San Jose, Calif., with more cities to follow. It’s also available on demand from cable, satellite and online providers.