What comes after capitalism? 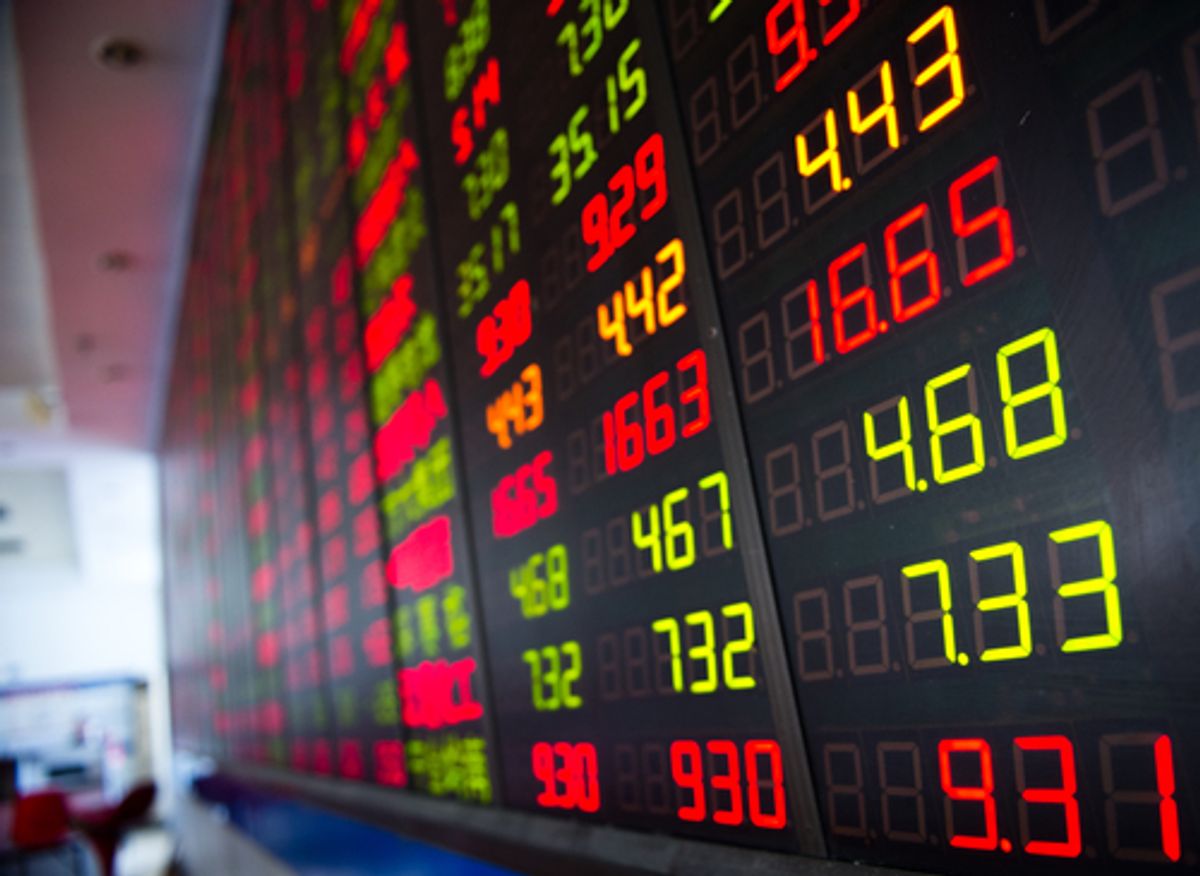 You'd have to be at least middle-aged to remember a time when capitalism was not the only game in town.

For about 70 years, capitalism, first named by Karl Marx, fought for its life against a competitor that invoked Marx's name in a series of revolutions and wars.

Capitalism, as most of our great-grandparents knew it, was so awful that even Soviet communism looked good. In half a century, more rapidly than the spread of Islam, communism swept from St. Petersburg's Finland Station in 1917 to Hanoi and Havana.

By 1950, a third of humanity -- roughly a billion people -- lived under communist governments. Hundreds of millions more dreamed of joining them, including some in the richest capitalist nations.

Those nations saw they had done a poor job of selling their own economic system: World War I, the Depression, and the rise of fascism all reflected disastrous failures of free enterprise. As World War II ended, the west met at Bretton Woods to hammer out a new system. Unlike World War I, the new postwar world gave both the workers and the middle class a reason to stick with capitalism.

The Long Boom (and Longer Downturn)

As SFU geography professor Geoff Mann points out in his new book Disassembly Required: A Field Guide to Actually Existing Capitalism the result was a Long Boom, a quarter-century when a single-income, working-class family could buy a house and send the kids to the unheard-of opportunity of college. From 1945 to about 1970, prosperity cut the legs out from under North American and European communism. Then came the Longer Downturn, which is still with us.

During the 40 years since Richard Nixon unilaterally ended the Bretton Woods system of monetary management that followed World War 2, the postwar social contract has been slowly but systematically torn up.

First, declining workers' pay meant women had to go out and find jobs to sustain their families' standard of living. Then post-secondary costs began to rise, and several generations of graduates left school with ever-higher debt burdens. A detached house in North Vancouver that in 1972 sold for $32,500 should today cost $184,000; more likely it would sell for four or five times that amount. Step by step, working class and middle class have been pushed back into the economic trap of almost a century ago -- but with smartphones.

To show how we got to this point, Mann offers a concise account of the emergence of capitalism and its development from Adam Smith to Karl Marx to John Maynard Keynes. He also defines it well: "(1) private enterprise for producing commodities, (2) market exchange, (3) a monetary system based on the production of bank-credit money, and (4) a distinctive role for the state in relation to these features."

Perhaps the most valuable aspect of the book is its willingness to get down to basic definitions of the terms used by key figures like Marx:

"For Marx, capitalism is bad because it is a systematic set of social relations in which humanity is prevented from realizing its capacity for 'real wealth,' human potential, justice, and a non-arbitrary distribution of the means of life... The point is not to redistribute capitalist value, but to overcome it, to destroy it as the relation that rules the world."

Clearly, almost conversationally, Mann explains the views of the neoclassical economists, of Keynes, and of the neoliberals who have got us into our present mess. He draws a useful distinction between state and capital, with the state regulating private enterprises that would otherwise tear each other (and us) apart. He points out that liberal democracy may need capitalism, but capitalism doesn't need liberal democracy -- as countries from Mussolini's fascist Italy to Deng's communist China have demonstrated.

Mann is clearly impressed by Antonio Gramsci, an Italian communist who spent the last years of his life in Mussolini's prisons, where he wrote a series of reflections on "radical anti-capitalist" political theory. A key term for Gramsci was "hegemony," which unfortunately has been picked up by some radical left-wingers as a catch-all term for "capitalist policies and actions we don't like."

But Mann goes back to Gramsci's notebooks for a better definition: "Those in power construct an effective hegemony when the existing order appears to be not only in their interests, but in everyone's interest. It is the practices that render a given social formation ideologically 'normal.'" Alternatives to hegemony are literally unthinkable.

During the Depression and Cold War, communism challenged the hegemony of capitalism -- and spectacularly failed. Despite communism's triumphs in Russia and China, only a handful of radicals in the west became serious communists. Their numbers shrank after the Nazi-Soviet pact in 1939, and grew again only toward the end of World War II, in countries where communists had been major figures in the Resistance.

If a depression couldn't weaken capitalist hegemony over the minds of most unemployed workers, the postwar Long Boom only strengthened that hegemony. Capitalism could even turn communism into a convenient bogeyman (as modern neoliberalism has done with terrorism) while blacklisting the few feckless radicals remaining. Communist regimes, meanwhile, cooperated by behaving so badly that even their supporters stopped defending them.

It's a tribute to capitalist hegemony that its earliest challenges -- the American civil-rights and anti-Vietnam War movements -- came under violent attack by "hard-hat" workers opposed to racial integration and anyone who questioned U.S. Cold War policies. Those same hard-hats eventually supported Ronald Reagan, paving the way for the Longer Downturn that they have suffered in.

Gramsci's hegemony is similar to the Marxist idea of false consciousness, which tries to explain the failure of Marxism as the result of massive bourgeois deception of the hard-hats and other proletarians. But it's more than a rationalization; the dream of upward social mobility is far older than capitalism. As soon as capitalists triumphed in the 19th century, they married their daughters into the decaying aristocracy and eagerly sought titles for themselves. The old land-owning aristocrats had despised the mere merchants as arrivistes, but the merchants defined success as becoming "aristocratic."

So it's understandable that today's workers prefer to define themselves as "middle class," and to reject union membership that might make them better paid and more secure, but would define them as "working class."

Given the pervasiveness of hegemony, it's striking that a few dissidents like Mann can actually question the natural capitalist order. Communism was the only serious challenger of that order, and since the fall of the USSR in 1991 the situation of workers has only worsened. Still, they stoically accept the loss of their homes and jobs, considering themselves temporarily embarrassed future millionaires, one lottery ticket away from success.

But what's the alternative? Mann doesn't know, though he sees a state of some kind being needed. "Capitalism," he writes, "is far too robust and entrenched materially and ideologically to imagine we can battle it by something called 'resistance.'"

He says "freedom" is meaningless without adequate food and water: "I believe the main reason to be anti-capitalist is that capital deprives most of the world of precisely this stuff of life." Current statistics on deaths from hunger and waterborne diseases bear him out.

But he invites many solutions to the problem: "The core task of all the experiments to come... will be to demonstrate, by demanding it, that they can produce and sustain worlds in which the stuff of life is there for everyone and denied to none."