Study: US may leak more methane than previously thought 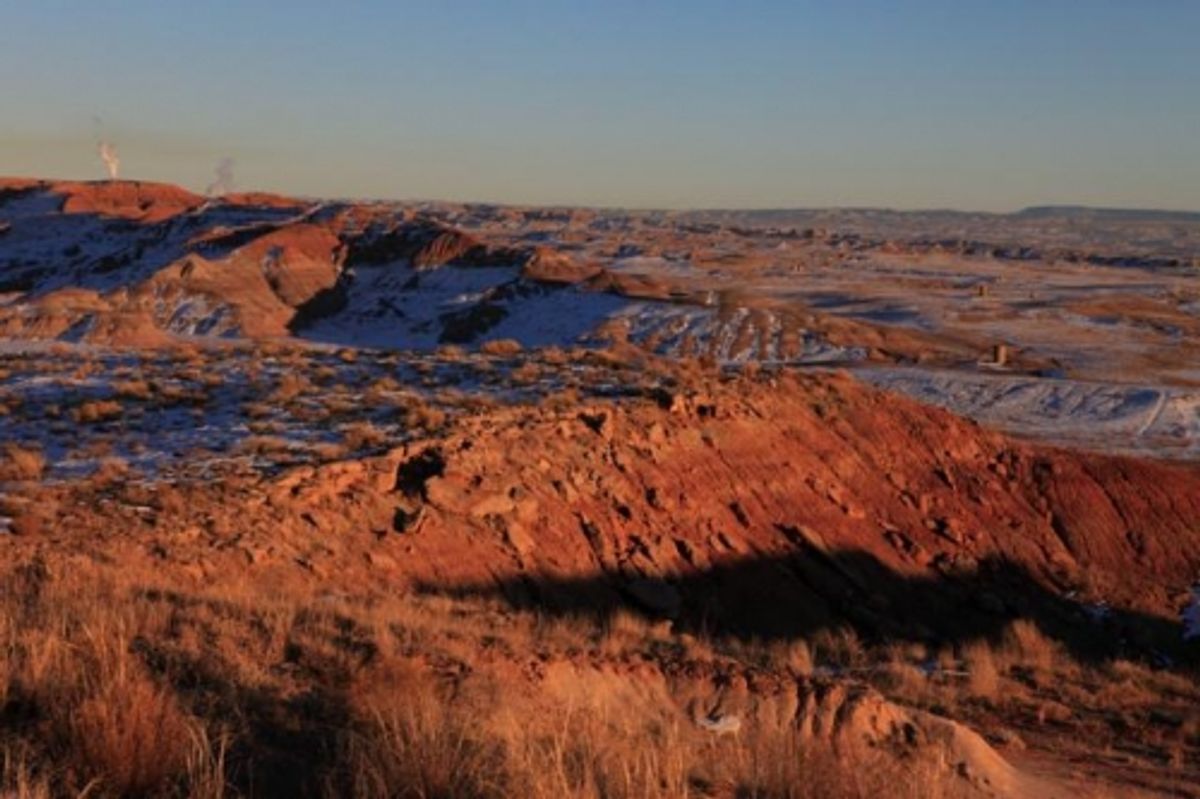 A new study of the air above a natural gas field in Utah suggests that far more methane gas may be escaping into the atmosphere from drilling operations than previously estimated. The study, to be published in the journal Geophysical Research Letters, is the first to use an aircraft to directly sample the air downwind of natural gas and oil wells in order to calculate emissions of methane and contributors to smog. Most other studies to date have relied on various estimating techniques to determine methane emissions associated with natural gas drilling.

The new study sheds insight on a critical question — just how much methane gas, which in the short-term is a far more powerful global warming agent than carbon dioxide (CO2) — is escaping from drilling, processing, shipping, and burning natural gas in the U.S.? The Environmental Protection Agency (EPA) estimates that, nationally, the “methane leakage” rate is about 1.5 percent, but other recent studies have suggested that is a lowball estimate.

This new study, while limited in scope to one natural gas field on one particular day in 2012, also argues for a higher estimate of methane leakage, on the order of between 6.2 and 11.7 percent.

Colm Sweeney, a coauthor of the study and a scientist with the Cooperative Institute for Research in Environmental Sciences (CIRES) at the University of Colorado Boulder, told Climate Central that he was surprised by the “huge amount” of methane emissions the study found. “We’re estimating that 9 percent of that is just leaking right out, never getting to the end of the pipeline . . . to the actual user point,” he said.

With the U.S. increasingly relying on natural gas to generate electricity, displacing dirtier coal, a critical question facing scientists and government regulators is exactly how beneficial the switch will be for curbing man-made global warming. Over the long-term, natural gas is a cleaner-burning fuel than coal is because it emits far less CO2, the main long-term global warming gas. And already, burning more natural gas has helped dramatically lower U.S. carbon emissions from the power sector.

Yet over the short-term, natural gas production also releases methane gas, which is 25 times more powerful in warming the climate than CO2 is over a 100-year time horizon, according to the study.

Scientists have estimated that, across all the various stages of natural gas production, such as drilling, processing, and shipping the fuel, anywhere from 0.71 to 7.9 percent of the methane produced ends up escaping into the atmosphere, a phenomenon known as “methane leakage.” The problem is no one knows exactly how much methane is leaking into the air from natural gas production in the U.S., and that rate is crucial to calculating the fuel’s climate benefits.

A study published in 2012 found that if more than 3.2 percent of natural gas leaks into the atmosphere, the electricity produced from natural gas will have a larger immediate climate impact compared to a coal-fired power plant.

And a report released by Climate Central researchers in May found that while a 1.5 percent leak rate would achieve an immediate 50 percent reduction in greenhouse gas emissions at the individual power plant level, if the leak rate were as high as 8 percent, there would be no climate benefit at all from switching to natural gas rather than using coal for more than 60 years.

“If we’re leaking a lot of methane we’re counteracting any sort of (beneficial) impact in the near-term,” Sweeney said.

The new study by scientists at the University of Colorado at Boulder and the National Oceanic and Atmospheric Administration (NOAA), shows that more methane may be escaping into the atmosphere than previously estimated, and it also offers other researchers a method to use for carrying out similar studies that would directly sample air over natural gas facilities, rather than relying on estimates from emissions databases.

For the new study, scientists used a low-flying research aircraft and ground-based instruments to collect air samples over the Uintah natural gas field in Uintah County, Utah. The county is home to about 4,800 natural gas wells, and about 1,000 oil wells. This basin accounts for about 1 percent of total U.S. natural gas production.

A satellite view of natural gas wells that dot the Uintah Basin in Utah.

The researchers took advantage of ideal weather conditions on Feb. 3, 2012, to conduct their study. A cold front had swept through the area the previous day, leaving a pristine air mass in place with light and steady winds. Using instruments aboard a single-engine turboprop aircraft and ground-based instruments, the scientists were able to calculate the emissions from the natural gas field by sampling the air mass upwind, above the field, and downwind from the production area.

The aircraft measurements allowed the researchers to estimate the proportion of methane and other emissions that came from oil and gas infrastructure, finding that methane emissions from the oil and natural gas fields in Uintah County totaled more than 120,000 lbs an hour on the day of the flight. That emission rate is about 6 to 12 percent of the average hourly natural gas production in Uintah County during the month of February.

Researchers flew on other days, but were unable to get samples with such low uncertainty levels as they did on Feb. 3, due to more erratic weather conditions.

Although the study was limited to one particular day, Sweeney said he and his colleagues are confident that emissions on other days are similar to what they detected.

“We have no reason to believe that that time period was any different in terms of (drilling activities),” Sweeney said.

There are, however, suggestions that methane leakage rates may be lower in natural gas fields in other states, and efforts are underway to take this study’s techniques and apply them to production areas in Texas, Colorado, and Pennsylvania.

“I’m not sure that we’re ready to say that Utah is representative of the whole world or even the U.S.,” Sweeney said, cautioning that further research is needed before concluding that the national leakage rate is significantly higher than the EPA estimate, let alone as high as in Uintah County.

The follow-up studies may be more difficult to conduct than the Utah experiment, Sweeney said, since the Uintah Basin lacks other pollution sources aside from natural gas and oil drilling, making air sampling less complicated there.

Earthquakes 'May Contribute to Methane Leaks'

EIA's Most Important Insights About Our Energy Future