Walking my way out of divorce

When my wife left me, she also took the car. I had to trek everywhere by foot -- but it changed how I see the world 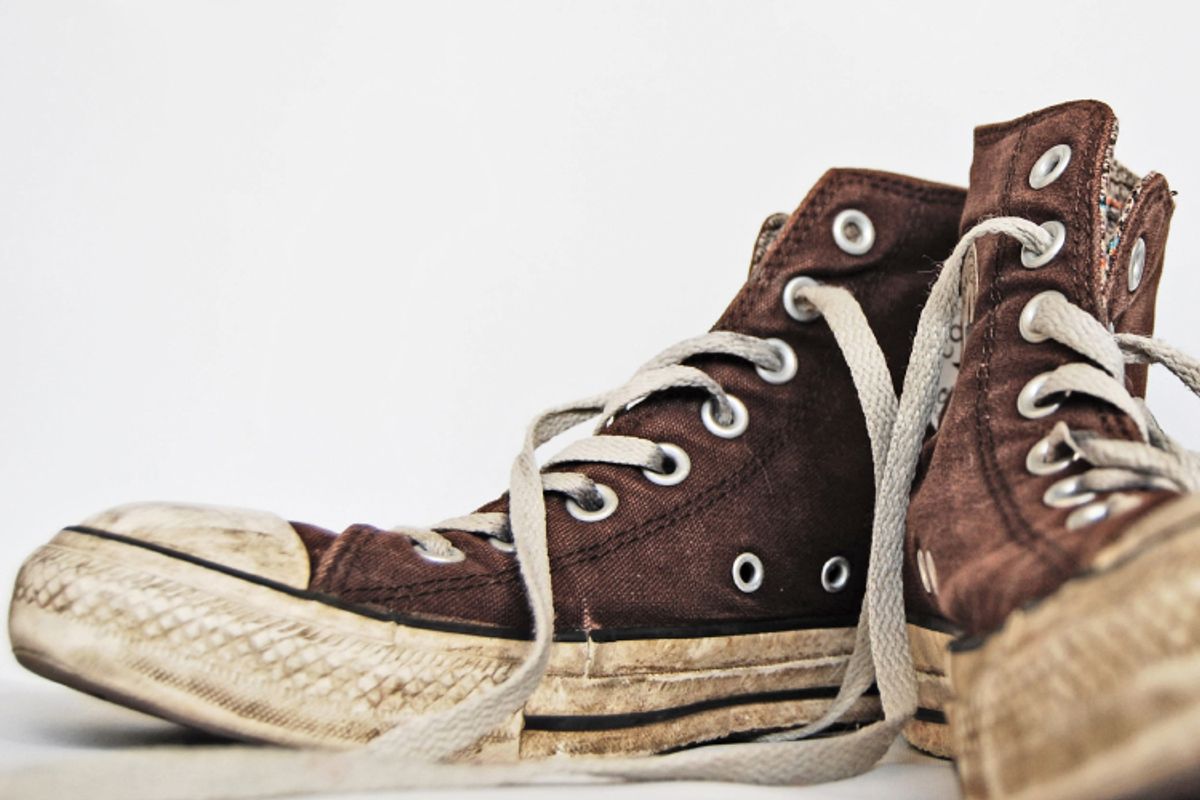 Last winter and spring, after my wife unexpectedly took our car and left me for another man, I began to walk. I hadn’t walked for a long, long time. In recent years, my walking had been reduced to bathroom treks from the couch (and back!) and from my table to the bar, to demand booze when the service was too slow. I did pace up and down the classroom when I taught – probably the most walking I did all day. Too bad, then, that three of my four classes were online. They say a healthy, fit person should take 10,000 steps a day. By that estimation, I should be long dead.

For short trips, I biked. I biked from my office in the Language and Literature building on the Arizona State campus to lunch, for coffee, to go to the gym. I biked to and from the bus. At home, I biked to the mailbox, which was no more than 100 feet from my garage. Walking takes too long, I reasoned, while biking still gives me exercise and saves me time. Like the galactic travelers in "Wall-E," who had long ago fled a ruined Earth and were bound to their futuristic Rascals, I was getting almost everywhere I needed to go without the simple action of placing one leg in front of the other.

I went gradually into my not-walking; it was not a historic thing for me. I walked everywhere when I was a kid. My friends and I would march around the neighborhood with swords fashioned from wood scrap and rusty roofing nails; or quest up to the 7-Eleven for Big Gulps; or romp in the vacant lots, rubble and tumbleweed strewn, that were more prevalent back in the early ‘80s, before everything got built up. Walking is a way of life for kids. It’s the only way you can reasonably expect to get around. So you don’t think too much about it, especially if you are poor. Later, in high school, I walked less because some of my friends had begun to drive. But even then, I walked – to school in the mornings, or to a movie or to the mall (I once trekked six miles to see a midnight screening of "Dead Poets Society"). I was also in the marching band for four years, which is just walking with really hot clothes on.

But that was a long time ago and since then I haven’t walked much. I’ve driven, ridden, biked, bussed, flown, ferried, ballooned, canoed – mostly driven, of course. We live in a car society; and Phoenix, unlike a back east metropolis, where one might reasonably walk a few errands within several blocks of one’s house, is a gigantic grid oozing across the desert. Nothing is close to anything else and nothing is meant to be. People live in the suburbs, the exurbs. And we pay for oil and tires and asphalt and stop lights and street signs and auto insurance and traffic tickets, and we get up to our necks in car loans – in short, we enable the corporations to continue to make driving the only manageable way to get anywhere around here.

We’re a mini-L.A. with less congestion but with no streetcar history to at least suggest a former effort at public transportation. And even though the mortgage crisis stopped the gold rush out to the exurbs, bringing people back toward the center of the city and closer to their jobs, we still drive. Walking is simply not considered here, even though the climate is paradise seven months a year. If you see someone walking, you assume they’re homeless or a sex worker.

However, I really had no choice but to walk when my wife left me. Actually, I take that back. I chose to walk and bike and bus, rather than incur more debt or to get in over my head with expenses (see above). And when I adopted Ace, my Australian shepard, several months after my wife left, it just made sense to multitask. Only 4 years old, and a working dog by breed, Ace needed to be walked, often and briskly. I could walk him to CVS to pick up a prescription, to the grocery store, to Starbucks, to Chipotle, to consume a burrito and a beer on the patio and consider the dual failings of my marriage and myself.

Should we walk? Every so often, some cultural critic decries modern life as dehumanizing, as transforming us into unthinking cyborgs with little connection to our past or our true nature. But – let’s face it – most Americans never think about the question, even as they get poorer and fatter. If pressed, some people would concede, perhaps even passionately insist, that walking is our natural mode, that it got us from place to place for many thousands of years before we domesticated animals and, very recently, innovated motorized transports. Thoreau thought that walking was the engine of the soul. He was already in 1851 lamenting the ways in which civilization was taking that from people. “We are but faint hearted crusaders,” he wrote. “Even the walkers, now-a-days, who undertake no persevering never-ending enterprises.

"Our expeditions are but tours and come round again at evening to the old hearthside from which we set out. Half the walk is but retracing our steps.”

When I began to walk again, I was a fainthearted crusader. Or, to put it in contemporary terms, it really sucked. My hips hurt. My plantar fasciitis bothered me. I was bored. Ace was a handful on the leash. I just wanted to get back to my computer. Eventually, I began to grudgingly accept that walking was good for me; that it was allowing Ace and me to bond; that I was losing a little weight; that it was getting me out of my house and out of my head.

At first, I was annoyed that even simple errand-running would take so long. But after a while I began to notice that walking seems to actually slow time. One might expect the opposite: that because walking takes so much longer than driving, it eats into your schedule, puts you behind. But in cars, we are slaves to our hurry-up culture, to the flawed notion that we need to get places as fast as we can. When you walk, you abandon that fallacy. There is no getting anyplace faster than you can take a step at a time. The walk will take exactly as long as it will take – you can’t drive faster than the next guy, or hit all the lights – and so you stop thinking about it and start noticing the rest of the world: the plants, the trees, the dog’s nose in the flowers. You feel the arching expanse of the sky and the clouds and the white warm sunlight of a desert winter. You hear the birds and bugs and children playing, the wind in the branches, the basketball bouncing on the pavement, the neighbor’s chimes.

There are ugly things too – the smells of garbage and sewage and petrol fumes and the sounds of motorcycle engines and weed-eaters and the sight of litter. Some days, there is the suffocating heat. But at least you are connected to something, unlike the experience inside the bubble of the contemporary automobile, which is designed to feel like a transportable living room. And this connection, this physicality, yields the simple revelation that you have been missing out on a great many things.

The most unexpected outcome of my walking was not that I began to enjoy it, but that it began to change me for the better, that it was – dare I go so far? – somehow an honorable pursuit. There is something noble about strapping on a backpack and journeying out into the world, animal at your side, to forage and explore. It took me several months of walking every day to understand that what I had begun to feel was pride in my self-reliance (if we evoke Thoreau, must we not also evoke Emerson?), pride in carrying on in the face of uncertainty, exhaustion, despondency. Walking is both the metaphor for moving forward and the physical manifestation of it. It requires that you find strength. But it also, by its nature, gives you strength as well.

Michael Green teaches Film Studies and Screenwriting at Arizona State University. He lives with his dog, Ace, in Tempe.