The company reduced the price of the Chevy Volt by $5,000 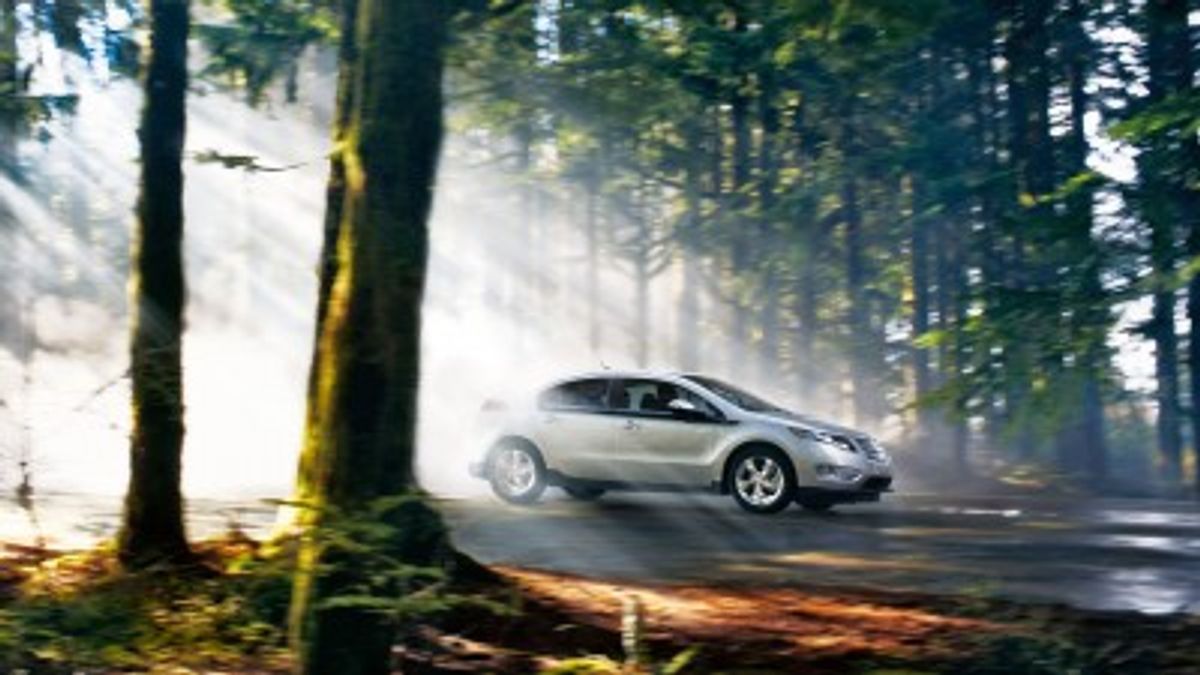 On Tuesday, General Motors cut the sticker price for the electric Chevy Volt by $5,000. Why further reduce the price of a car that the company's already losing money on?

One reason might be that the company is entwined in a price war with the cheaper-priced Nissan Leaf and Toyota Prius. It could also be that they just want to see more people going electric, in the interest of the greater good. Or, writes Kyle Stock at Bloomberg Businessweek, it could be that they want to sell more pickups. How does this make sense? Stock explains:

Through a complicated formula that accounts for various models, weights, and the size or “footprint” of each car, the U.S. government derives a single mileage number for each carmaker—dubbed the Corporate Average Fuel Economy—CAFE for acronym lovers.

The current standard falls around 26 miles per gallon for a combined fleet of cars and light trucks. Under this complex regulatory net, a company that is selling too many gas guzzlers and not enough fuel-sipping compacts faces steep fines. Meanwhile, carmakers that beat their number can book credits to sell or use later. Not only do hybrid cars like the Volt score great mileage points in the federal system, but also in a few years each one will count as two vehicles thanks to a generous loophole in the latest rules.

So while more-affordable green vehicles -- the Volt now retails for $34,995 -- are nothing to complain about, it's mostly just good news for GM's continued ability to sell trucks.