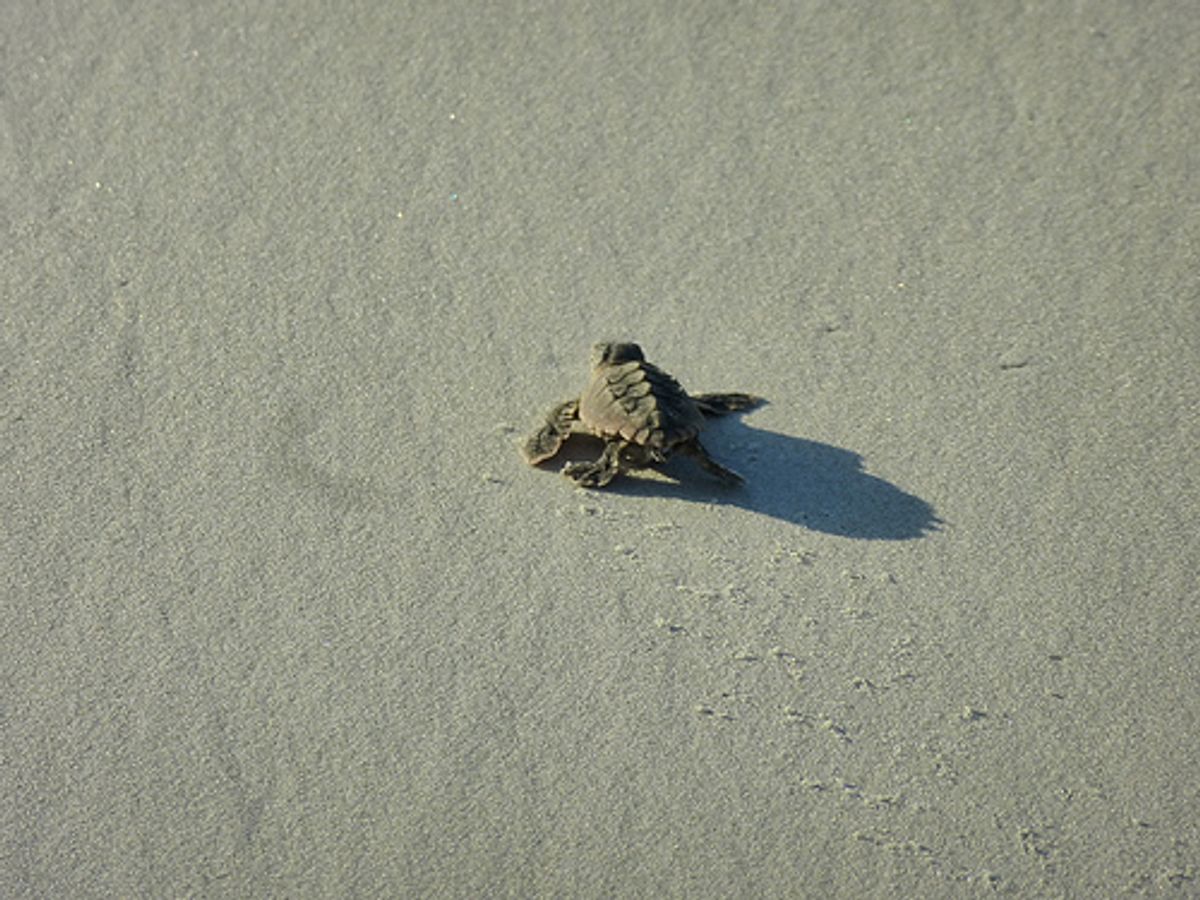 In an awesome use of police force, Florida cop Derek Conley led an effort to save nearly one hundred baby sea turtles found wandering around a hotel parking lot.

"I began collecting hatchlings from the street and stopped traffic several times to do so," he wrote in his official report of the incident.

"All sea turtles are protected by the federal Endangered Species Act and the Florida Marine Protection Act," reports the Guardian, and so "it is against the law to touch or disturb nesting sea turtles, hatchlings or their nests." Except in cases like this, of course.

According to Conley, some of the confused hatchlings were heading toward the front door of the Lido Beach Resort. He and other volunteers returned them all to the Gulf of Mexico, where they belong.