Greenwald tells Salon he intends to visit the U.S. soon -- but says the risk of prosecution against him is real 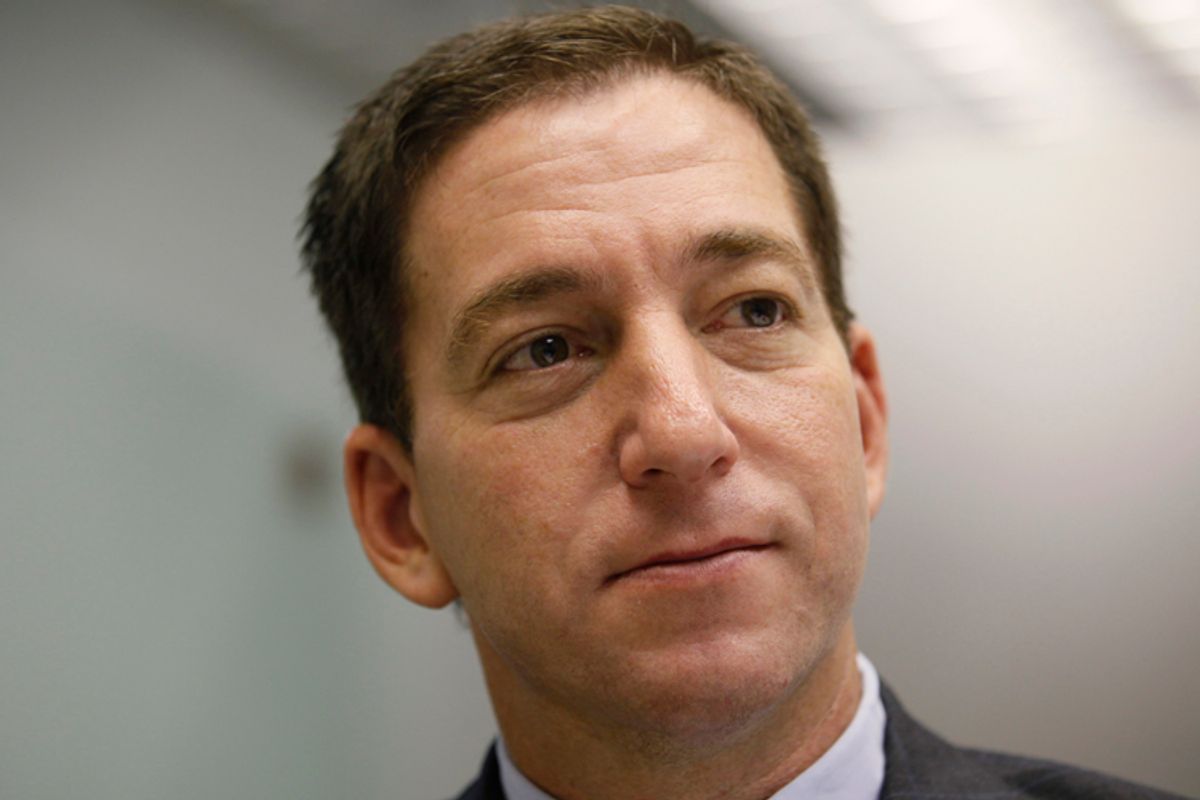 A Brazilian official has taken the unusual step of publicly announcing that the Brazilian government will offer Guardian writer Glenn Greenwald protection from the U.S. government after determining he risks facing legal action if he returns to the U.S.

To receive protection from Brazil, Greenwald would have to officially request it. But though he takes the risk of prosecution seriously, Greenwald tells me he has no intention of taking the Brazilian government up on the offer -- and that he plans to return to the U.S. sooner than later, come what may.

"I haven't requested any protection from the Brazilian government or any other government because, rather obviously, I've committed no crime -- unless investigative journalism is now a felony in the U.S.," Greenwald said via email. "But the fact that Brazilian authorities believe there is a real possibility that the U.S. would unjustly prosecute journalists for the 'crime' of reporting what the U.S. government is doing is a powerful indictment of the U.S.'s current image in the world -- just as was the requirement that the U.S. promise it will not torture or kill Snowden if he's returned. It's an equally potent reflection of the massive gap in opinion between the U.S. Government and the rest of the world when it comes to how the NSA disclosures, my reporting, and Snowden are perceived."

The offer, published in the Sao Paulo newspaper Estadao, doesn't indicate in any way that the U.S. government is pursuing or will pursue legal action. It also doesn't mean that the Brazilian officials genuinely believe Greenwald would be arrested or tried for violating U.S. laws if and when he returns stateside. But it at least suggests that people in Brazil and other countries believe it's a plausible enough scenario that government officials can credibly validate it.

A Department of Justice official did not respond to requests for comment on the Estadao article.

Greenwald -- who once wrote for Salon -- has published several articles based on classified surveillance documents he received from National Security Agency leaker Edward Snowden. Prominent elected officials in the United States have accused Greenwald of being complicit in the crimes they accuse Snowden of committing, which feeds suspicions, both domestically and abroad, that Greenwald might face legal action if he returns to the U.S. That's part of the reason why Greenwald himself -- a former appellate lawyer -- isn't shrugging off the possibility.

"Given that the Obama DOJ has adopted theories that would criminalize journalism in both the WikiLeaks Grand Jury proceeding and the investigation of James Rosen, given that it has waged what most observers agree is an unprecedented war on whistle-blowers, and given that several prominent political figures and journalists have called for my prosecution, I obviously take the risk seriously," Greenwald adds. "But I take more seriously the Constitution's guarantee of a free press in the First Amendment. So I have every intention of entering the U.S. as soon as my schedule permits and there's a reason to do so."