Study: Wild dolphins remember each other for decades

With memories second only to humans, the marine mammals can recognize the whistles of friends they met 20 years ago 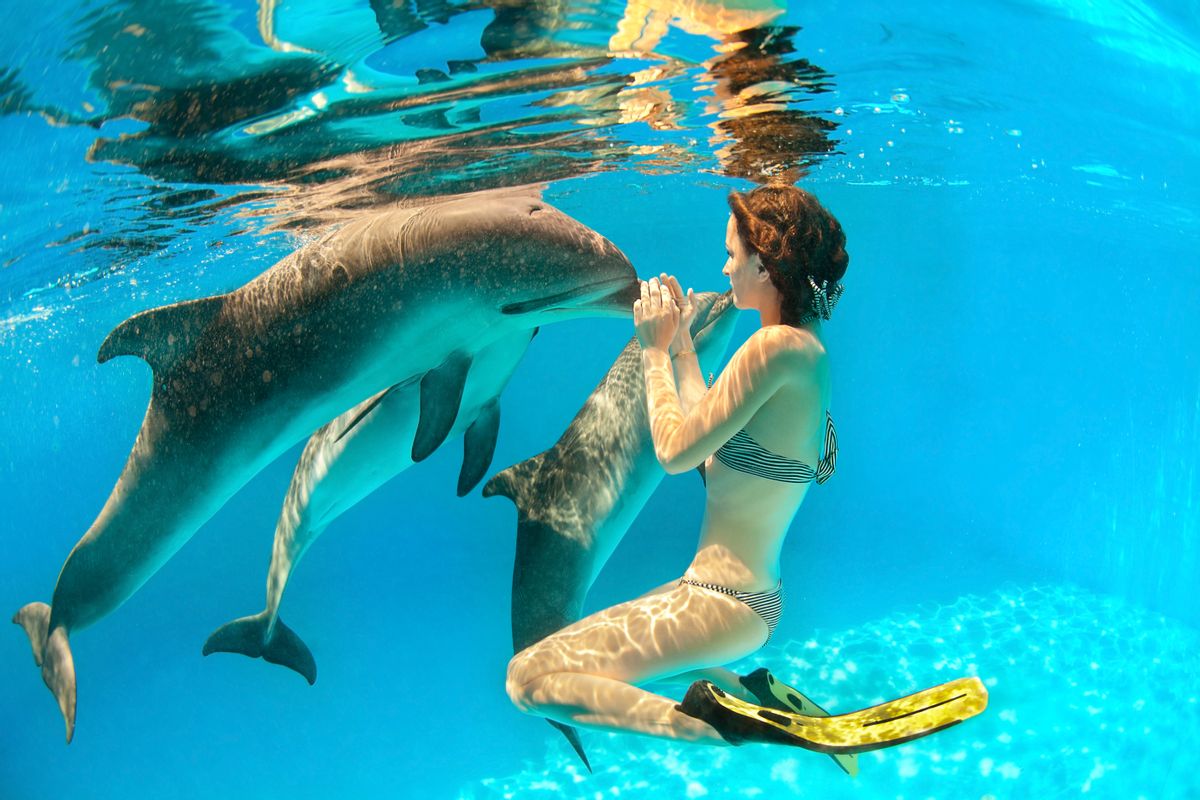 At your 20-year high school reunion, you might not quite remember the name of the girl you took to 11th grade homecoming. (Is she wearing a name-tag? Yes? Oh thank goodness. Hi, Kelsey.)

But a dolphin, well – a dolphin would remember the name of its crush from two decades ago. In fact, dolphins have the longest memories of any animal besides humans, according to a new paper published Tuesday in Proceedings of the Royal Society B, a finding that joins rapidly accumulating evidence that dolphins are smart – very smart.

Last month, researchers at Scotland's University of St Andrews found that wild dolphins call back to a recorded copy of their own signature whistle, in effect answering to their name. That finding suggested that dolphins have developed a sophisticated means of communication with each other that is similar to human language, in that meaning is attached to sounds.

Now, Jason Bruck, a researcher at The University of Chicago, has used dolphins’ signature whistles to assess whether or not the animals could remember the names of friends they had not seen in up to two decades. Call it a 20-year reunion of sorts: could the dolphins remember long-lost siblings? Could they remember past girlfriends and boyfriends? How about old friends?

Dr. Bruck studied 43 dolphins that had been moved between six facilities in a breeding program about 20 years ago. That breeding program had kept records of each dolphin’s whereabouts during that period, so it was possible to know which dolphins had been roommates and which had never met.

Bruck then played the signature whistle of each dolphin through speakers in the water, beginning with whistles from dolphins that the sample group had never known. Generally, the dolphins didn’t respond to those whistles.

But the dolphins did respond to whistles from dolphins with which they’d once been housed, swimming toward the speaker as if rushing to meet an old friend or a long-lost love.

The length of separation did not affect the dolphin’s response: dolphins who had not seen each other since about 1993 swam to greet the whistle of an old companion with the same recognition as dolphins who had been separated for shorter spans of time.

One of the female dolphins, called Bailey, responded to the whistle of another female dolphin called Allie, even though the dolphins had not seen each other in 20 years and six months, back when the pair lived at Dolphin Connection in the Florida Keys. At the time, Allie was just 2 and Bailey was 4. Bailey now lives in Bermuda; Allie is in Chicago.

And the degree of the dolphin’s response depended little on how the dolphin was related to the owner of the whistle: dolphins swam toward relatives, friends, and former breeding partners with equal abandon. That suggested that dolphin’s wide and complex social networks are maintained over time, a feat that indicates high levels of intelligence in the animals, since remembering who you've already mated with, who you scorned, who stole your food (or your lover), and who's got your back is, well, a smart move.

“It is the retention of social memories over long periods of time that potentially confers survival and reproductive advantages, as memories of past interactions are essential for the maintenance of reciprocal altruism as well as social threat assessment,” writes Bruck in the paper.

It’s that ability to remember not just relatives but also general members of a social group that distinguishes dolphins from the proverbial keeper of grudges, the elephant. That animal has been anecdotally shown to remember relatives after about 20 years, but as of yet has not been proven to remember elephants outside that small group.

Much is still unknown about dolphin intelligence, including just how much dolphin whistles can be paralleled to human language. Though it’s now apparent that dolphins have signature whistles apparent to names, scientists have said that it is unclear what those names register in a dolphin’s mind – for example, when a dolphin hears a friend’s name, what does it picture?

Bruck’s study was also conducted in zoos and aquariums, and it is still unknown whether or not those long-term memories endure in the wild.