Conservative criticism of the magazine's new covers is absurd, but the issues it brings up are real 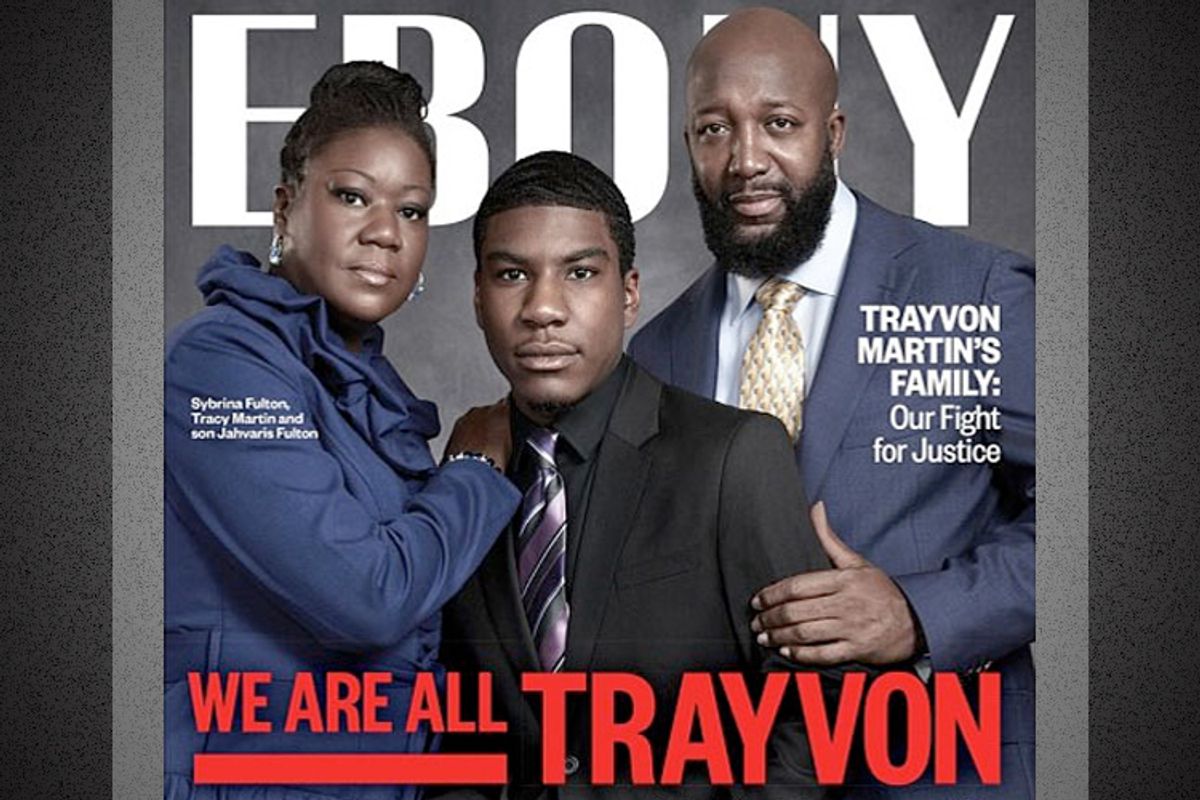 In the early 1930s, there was no black high school in John H. Johnson's native Arkansas City, Ark. This wasn't atypical. The education of black children wasn't a priority in many U.S. cities. In order to keep the family financially afloat, it would've made more sense for the future Johnson Publishing founder's mother to send him to work full-time after eighth grade than to relocate to Chicago so that he could finish his secondary education. But relocate they did -- and 68 years after Johnson first created it in 1945, we still have Ebony magazine.

Were it not for his mother's foresight and for the fates conspiring in their favor, Johnson's story could've ended in one of the mills and factories that employed so many black men of his era -- including his father who was killed in a mill accident when he was a boy. Or he could've ended up a casualty of Jim Crow, a footnote filed under a racial profiling-related murder or an unjust imprisonment.

One different choice, one year's delay, one miscalculated risk, and Ebony wouldn't be available to us -- at least not in the way we've come to know and rely on it for news and inspiration for over two-thirds of a century.

Johnson knew, as we do, how important his mission was, in publishing the premier periodical for black Americans. It became a brand whose political, social and economic impact has been paramount and, frankly, unmatched. We've turned to it for comprehensive coverage of every civil rights movement milestone, from protest to legislative shift to assassination. It was one of the only news outlets we trusted to share our unabashed joy at the election of a POTUS of color. It is where we turn to grapple with issues of crime, poverty and injustice, in a safe and trusted space. Ebony has been as much a news source as it's been a family photo album, an artifact of comfort on our grandmothers' coffee tables.

Though John H. Johnson passed away in 2005, Ebony continues to ensure his legacy, to archive our history, and to document our political unrest. It comes as no surprise that the magazine would not only pay tribute to the death of Trayvon Martin, but also use its considerable influence to make a powerful and unmistakable political statement. In publishing four commemorative "We Are All Trayvon" magazine covers for its September issue, Ebony is simply remaining as consistent a resource as it's always been for us.

Regardless of our personal opinions about the acquittal of George Zimmerman, the black community has felt an acute sense of responsibility to the boy he killed. That boy is like too many others who have been gunned down prematurely, due to circumstances beyond their control. In Trayvon's case, the circumstance was racial profiling. The circumstance was his being viewed as suspicious because of his profile in the dark. For prosecutors and a jury to ignore race as a precipitous factor in this case has been almost as unsettling as the fact that the teen was murdered in the first place.

This is what the hoodie movement has always been about. It's a way of railing against the myriad biases and aggression imposed on minorities because of their skin color and other shallow markers of physical appearance. We who have been subject to these biases understand the importance of combating them in as public and high-profile a way as possible. We are Ebony's audience -- and those covers, featuring Trayvon Martin's parents and brother, Jahvaris; filmmaker Spike Lee and his son, Jackson; NBA star Dwyane Wade and his sons, Zion and Zaire; and actor Boris Kodjoe and his son, Nicolas -- are our public and high-profile avatars of protest.

Why anyone would take issue with a magazine responding to the needs and interests of its audience is a mystery -- particularly since this has been Ebony's primary objective since the 1940s.

But enter the right and its continued post-trial taunting and willful denial of racial profiling as a factor in Trayvon Martin's killing. Conservative blog Twitchy and its commenters are registering their outrage over the covers, implying that Ebony is "pretend[ing] to fight for social justice." The site is also quick to redirect attention from Trayvon's murder to black-on-black crime. The lambasting continued on Twitter, as conservative account-holders called the covers "frankly racist." In response the official Ebony account fired back. And a sardonic hashtag began to trend.

The "controversy" is absurd but the attitudes it reveals call for persistent and serious attention. We are as weary of hearing that Trayvon wasn't killed because he was black as Tea Partyers are of seeing our hoodies. We wish this were a protest we didn't have to undertake. But as long as the school-to-prison pipeline exists, as long as a judge can spend five years fraudulently sentencing black children to jail before his misdeeds are uncovered; as long as poverty and bureaucracy continue to ensure that the education of black children is not a priority; and as long as cases involving men opening fire on unarmed black youth occur, this will be a battle worth waging.

For us, Ebony's "We Are All Trayvon" covers are not about tit-for-tat media coverage, reverse racism claims, or the detached outrage of an out-of-touch political party. This is urgent and personal. One different choice, one year's delay, one miscalculated risk, and our black children could cease to exist. Someone who doesn't like the look of them could follow them or instigate a confrontation or deem them unworthy of equitable opportunities or just wordlessly open fire.

These are our stakes. They do not begin or end with George Zimmerman and Trayvon Martin or with hoodies and magazine covers. But if the story of John H. Johnson's rise from poverty, through Jim Crow, and into our current media consciousness tells us anything, it's that we can't afford not to use every avenue available to us to fight for a more just society. We cannot afford to stop believing that, even against the unlikely odds of school disappearances in our communities and racial profiling and rampant gun violence, our voices and our media and our protests are meaningful. Here's hoping Ebony remains in print and online long enough to report every stride we take toward a greatly improved future.