This could be the end of the honeybee

The causes of colony collapse disorder are still unknown, and there aren't many promising solutions 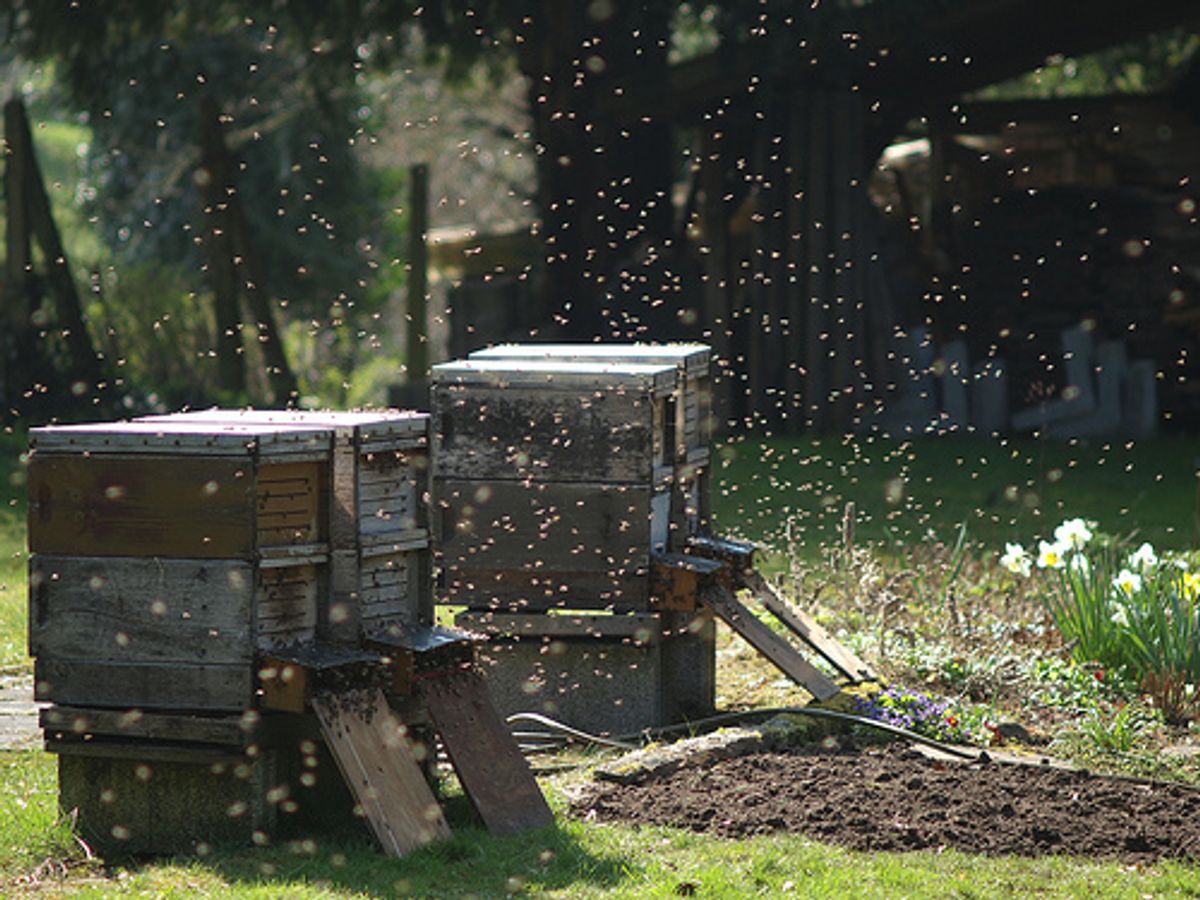 This past winter, about a third of the U.S.'s honeybee colonies either disappeared or, just as mysteriously, died. The question of why colony collapse disorder (CCD) is occuring is a fascinating one, and Bryan Walsh takes a closer look at some of the possible explanations in Time's latest cover story. Each potential culprit he identifies--pesticides, tiny mites, the replacement of wild forage with monocultures, or what critics call "PPD" (piss-poor beekeeping)--doesn't seem able to fully accounts for the bees' disappearance.  And the potential solutions he puts forward seem far-fetched, requiring either an extreme feat of technical engineering (Harvard is currently experimenting with "robobees") or a major paradigm shift, like completely banning the large class of pesticides that might be responsible.

On that extremely pessimistic note, Walsh puts forward a vision of what a world without honeybees might look like. The good news is that the food system won't collapse. Self-pollinating plants like wheat and rice will be fine. But plants that rely on honeybee pollination, like lettuce, almonds, and a whole array of fruits, could become a lot harder to grow. Beekeepers, naturally, will be put out of business; if any bees remain, they'll be replaced by something akin to factory farms:

The beekeeping business may well begin to resemble the industrial farming industry it works with: fewer beekeepers running larger operations that produce enough revenue to pay for the equipment and technologies needed to stay ahead of an increasingly hostile environment. "Bees may end up managed like cattle, pigs and chicken, where we put them in confinement and bring the food to them," says Oliver, the beekeeper and independent researcher. "You could do feedlot beekeeping."

Despite the popularity of a quote that's likely misattributed to Albert Einstein, "If the bee disappears from the surface of the globe, man would have no more than four years to live," Walsh writes that the decline of honeybees probably isn't the first sign of the apocalypse. Which is good, because if they continue to die off, they're not likely to come back.