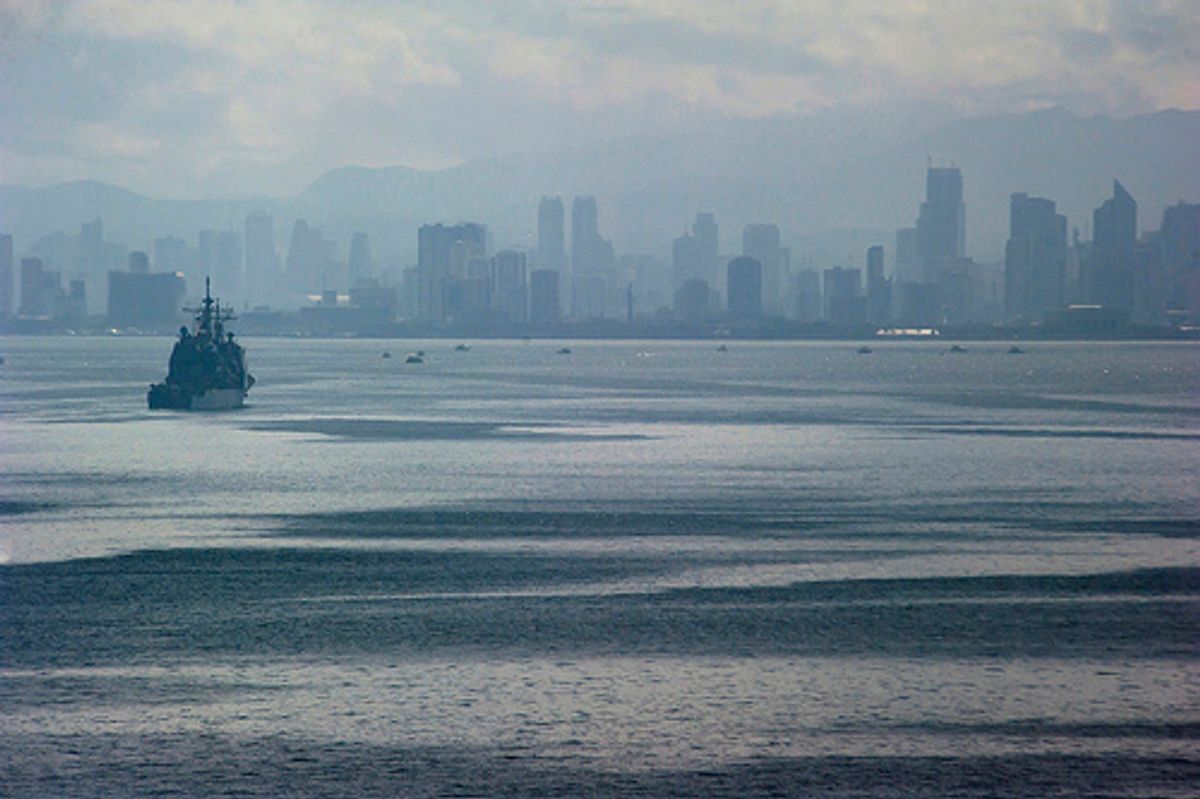 A large amount of diesel fuel has leaked from an underwater pipe in Manila Bay, the AP reports.

The mayor of Rosario town said he declared a state of calamity to speed up assistance to fishermen and their families.
...
Petron Corp., owner of the diesel that spilled, says it is cooperating with authorities but did not acknowledge any wrongdoing.

Philippine authorities have banned fishing and deployed booms to contain the oil, which the national disaster agency says has spread 1.7 miles from shore.