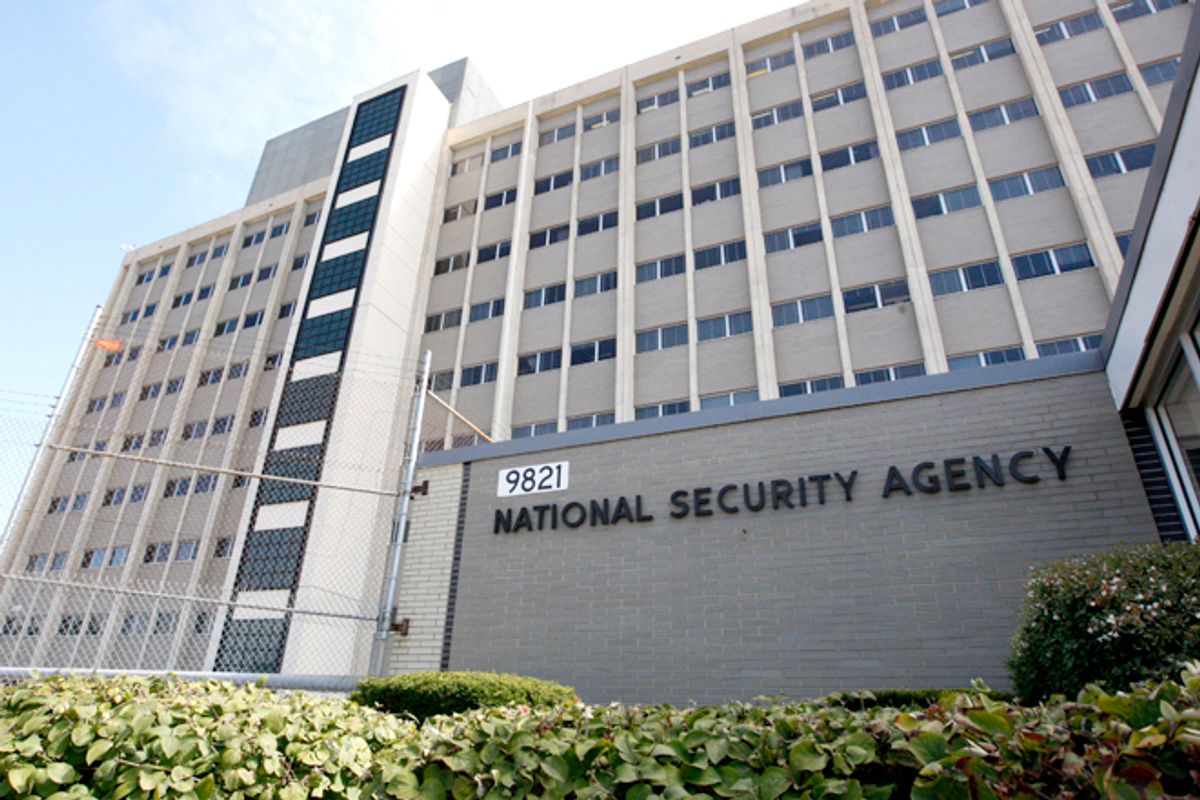 The reforms President Obama announced today to a key section of the PATRIOT Act will still allow the government to collect telephone metadata on millions of Americans. At a press conference this afternoon, Obama announced steps his administration is taking in response to privacy concerns raised by revelations about the government's electronic surveillance program, including the bulk metadata collection program.

But according to the white paper the administration released today explaining their reforms to Section 215 of the PATRIOT Act, the government will still be able to collect the data. Under a heading titled, "The telephony metadata collection program complies with Section 215," the white paper explains (emphasis added):

In the context of communications metadata, in which connections between individual data points are important, and analysis of bulk metadata is the only practical means to find those otherwise invisible connections in an effort to identify terrorist operatives and networks, the collection of bulk data is relevant to FBI investigations of international terrorism.

Later, the white paper adds that the rule governing the collection of surveillance information is broader than for civil discovery rules because it allows for the collection of documents related to the investigation as a whole, not just the specific matter at hand (emphasis added):

This includes not only information directly relevant to the authorized object of the investigation -- i.e., “foreign intelligence information” or “international terrorism or clandestine intelligence activities” -- but also information relevant to the investigative process or methods employed in reasonable furtherance of such national security investigations. In the particular circumstance in which the collection of communications metadata in bulk is necessary to enable discovery of otherwise hidden connections between individuals suspected of engaging in terrorist activity, the metadata records are relevant to the FBI’s “investigation[s]” to which those connections relate.

Indeed, some experts have defended the importance of using bulk metadata collection, but the fact Obama's "reform" won't change a key complaint may undermine his ability to win back the trust of Americans.