Obama: Snowden is not a patriot

In a press conference today, the president tries to win back Americans' trust, says the leaker is no proud American 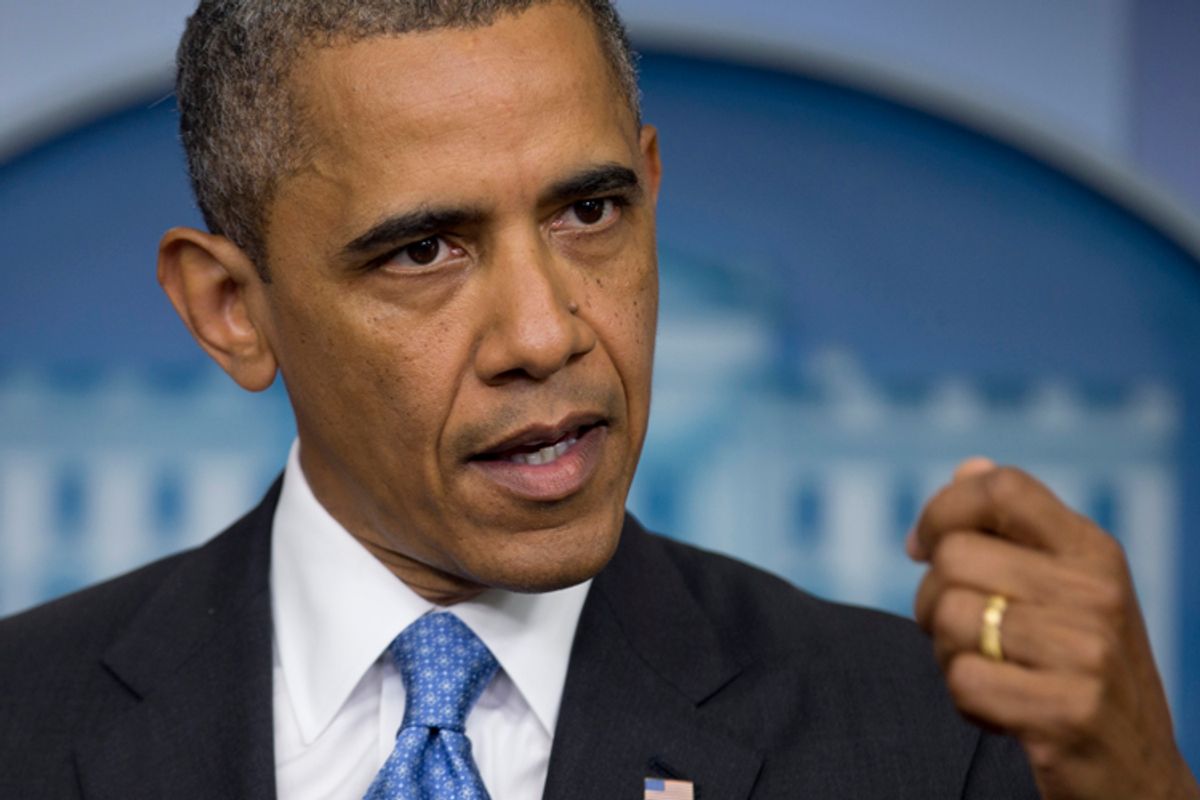 At a press conference this afternoon, President Obama announced that he's taking a series of steps to restore Americans' trust in the U.S. intelligence community and safeguard their privacy. But his agenda may have been obscured when he was asked if he thought NSA leaker Edward Snowden was a patriot. Obama replied, "No, I don't think Mr. Snowden was a patriot."

Speaking from the podium in the White House press briefing room, the president laid out four policy reforms to "increase transparency and restore public trust:

1) New restrictions on section 215 of the PATRIOT Act. The White House released a lengthy white paper detailing its view of what Obama called "appropriate reforms" to the controversial provision of the controversial law, which allows the government to collect business records in search of terrorists and forms the basis of the administration's telephone metadata collection program.

2) Efforts to improve public confidence in the Foreign Intelligence Surveillance Court, the top secret court that approves wiretaps and other electronic snooping. Obama said the government would find ways for civil liberties concerns to be heard at the court and even suggested that, in some cases, an advocate might be present to argue against the government's request for a warrant. It's something civil libertarians have long had on their wish list.

3) The NSA will soon have a full-time privacy officer, who will be charged with safeguarding and advocating for privacy and transparency. The intelligence community will also create a website where information can be found and concerns addressed.

4) Obama will appoint a group of outside experts, including civil libertarians, who will review the entire intelligence and communications approach to see where privacy can be better protected and what can be done to make things more transparent.

Whether the reforms will do much of anything, or be little more than lip service to concerns, remains to be seen.