Farmers in the Philippines are protesting genetically modified "Golden Rice" 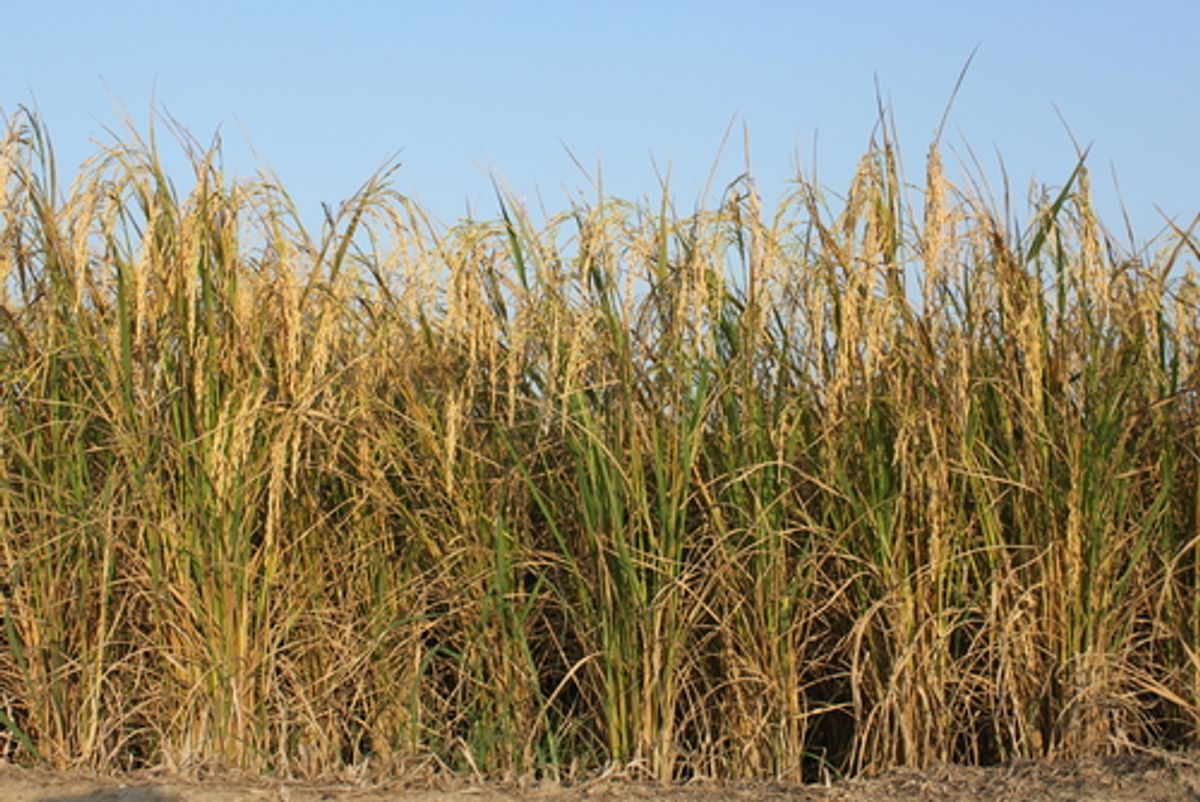 A group of 400 protestors raided a field of genetically modified rice, uprooting plants that were weeks away from undergoing a safety inspection, the BBC reports.

Golden Rice field trials are currently being carried out in the Philippines under the auspices of the International Rice Research Institute (IRRI), together with PhilRice, the local research body.

Five small test plots have been planted with the idea that there would shortly be a submission to the regulatory authority of the Philippines. It was hoped that initial releases to farmers could happen in 2014.

In justifying the attack, the protestors touched upon the major aspects of the debate surrounding GMOs. Their actions were fueled by distrust of international agrochemical corporations and fear that such crops threaten both biodiversity and human health.

Golden Rice is designed to produce beta-carotene, which humans convert to vitamin A. In the Philippines, according to the researchers, 1.7 million children under the age of 5 are vitamin A deficient.

"It was certainly disappointing to have our field trial vandalised because our Golden Rice research aims to avoid the horrible plight of women and children suffering vitamin A deficiency," a representative of IRRI told BBC news.

The American Association for the Advancement of Science last year released a statement asserting that "crop improvement by the modern molecular techniques of biotechnology is safe." But many remain unconvinced, and according to the BBC, it's a particularly volatile issues in the Philippines.

While last year, a Court of Appeals ruled that a genetically modified eggplant "violated the constitutional rights of Filipinos to health and a balanced ecology," in this case the researchers say they are going to use their remaining test plots to continue with the project.