Republicans have no clue how businesses work

Entrepreneurs need demand for their product and a suitable safety net if they fail. Which party stands for those? 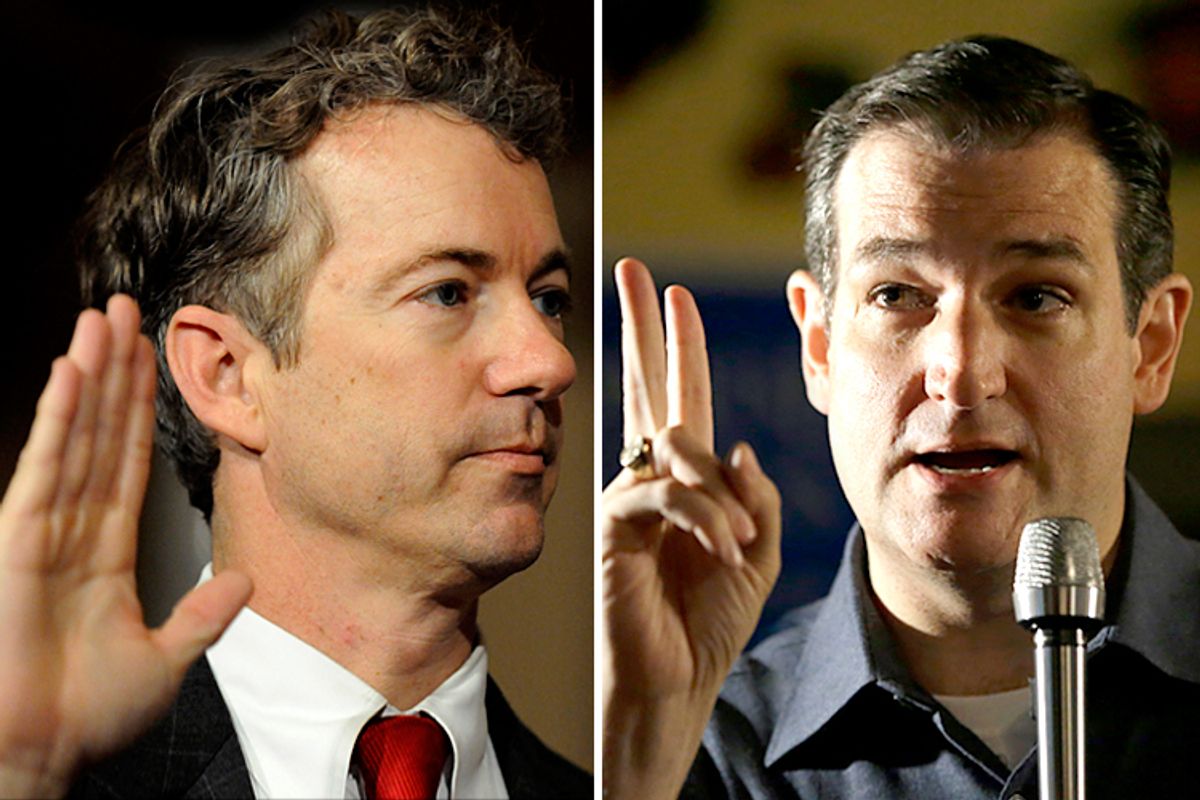 The Republican Party has alienated many groups with its antics: women, blacks, Latinos, poor people, pensioners and young people, to name a few. However, it's often agreed that they work for two groups: really rich people and entrepreneurs. These groups, they say, drive the economy, and bring the middle class along for the ride.

Republicans claim to be the party of entrepreneurship: By cutting taxes, red tape and regulations, they make it easier for small businesses to get started. The problem with Democrats, they claim, is that by constantly expanding social welfare programs and establishing universal healthcare they create uncertainty (voting 40 times to repeal said legislation does not, apparently, create uncertainty), which makes entrepreneurs less likely to hire.

This is a pretty common trope. Here’s an interview with an unnamed 20-something wannabe entrepreneur, from the Acton Institute, who decries government intervention (especially, surprise, Obamacare) as the reason potential entrepreneurs will take a job with an established company rather than striking out on their own.

My investment portfolio includes Pacific Coast Feather Co., one of the largest U.S. manufacturers of bed pillows. Like many other manufacturers, pillow-makers are struggling because of weak demand. The problem comes down to this: My annual earnings equal about 1,000 times the U.S. median wage, but I don’t consume 1,000 times more pillows than the average American. Even the richest among us only need one or two to rest their heads at night.

This is the central tenet of “Middle-Out Economics” or the idea that true growth comes not from the top 1 percent, but rather the bottom 99 percent. Even the rather conservative Martin Feldstein has noted that the U.S. recovery has been stalled by inadequate demand. Two studies lend strong credence to the thesis of Joseph Stiglitz and other economists who assert that the poor and middle class have a higher marginal propensity to consume than wealthy individuals. Entrepreneurs should therefore prefer more income in the hands of middle-class and poor individuals.

The second things entrepreneurs need is a safety net if they fail. Not everyone can go rely on financing from their parents and rich acquaintances. For most Americans, the safety net is governing programs. While the Affordable Care Act may create some uncertainty for small businesses, it creates more certainty for those who are afraid that losing their job might mean that their preexisting condition will leave them uninsured. It creates more certainty for those who can now qualify for Medicaid. It gives young entrepreneurs more certainty that they can stay on their parents' plan. Research by Robert Fairlie, et al., shows that men just under 65 are far less likely to become entrepreneurs than men just over 65, and believe that access to health insurance through Medicare is the important factor. Research by Alison J. Wellington points to the fact that those who obtain health insurance through a spouse are more likely to be self-employed than those who do not.

Recently, Helaine Olen noted that one in five college graduates can’t repay their student loans. That’s a really big deal, because these students are more likely to take any job that comes their way to pay off their loans than invest in themselves. Yet Republicans aren’t concerned about the looming (student) debt crisis or any of the practical solutions to solve it.

Essentially, Republican policies will help you if you’ve already got an established business, but don’t like paying taxes (or your employees). But is that enough? If we look back at how their policies have worked, the results are dismal. I used the most recent Bureau of Labor Statistics data to calculate how many seasonally adjusted private sector jobs each president created in his term (beginning in February, since they normally take office in late January). There's obviously a limit to how much one president can do to create jobs, but the numbers are still telling: 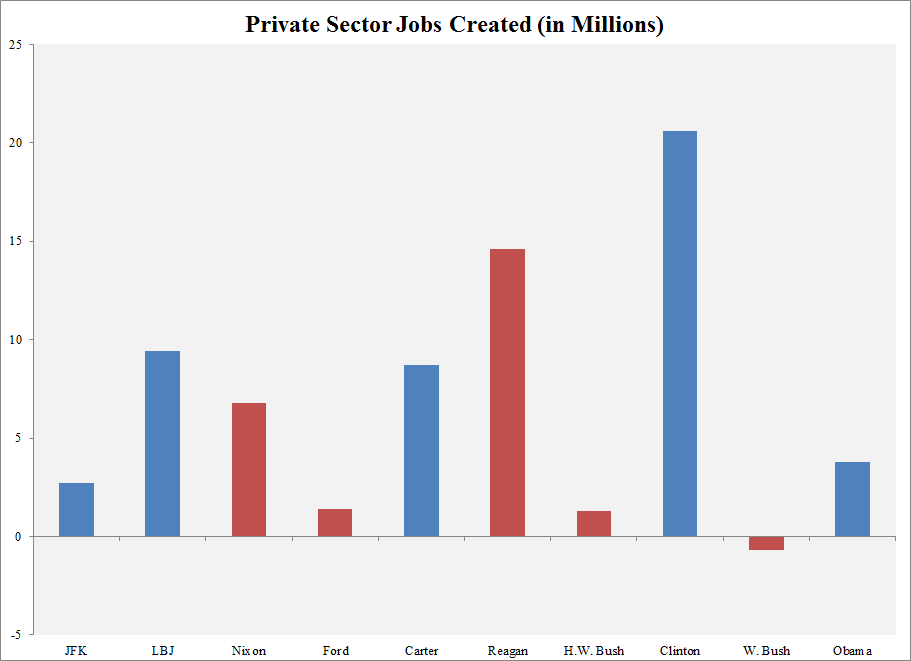 The totals are even worse: Democrats created 45 million jobs, while Republicans created only 23 million, and Republicans actually had more time in the White House. But what’s truly interesting about this data is that even if you take the highest numbers under Bush (in January 2008, before the recession) he still created only 3.9 million jobs. And remember, he did that after coming into office with great economic indicators and a balanced budget. So much for supply-side economics. On the other hand, Obama, who was dealt far more strife, has focused more, although not entirely, on the middle class -- and so far, this nonsense about the “Obama economy” isn’t even close to true. If job growth keeps improving like it has over the past year (at about 2 percent), then by July of 2016, Obama would create more than 12 million jobs over his eight years. Larry Bartels finds in his book, "Unequal Democracy," that income growth is not only higher when a Democrat is in office, it’s also more equally distributed. 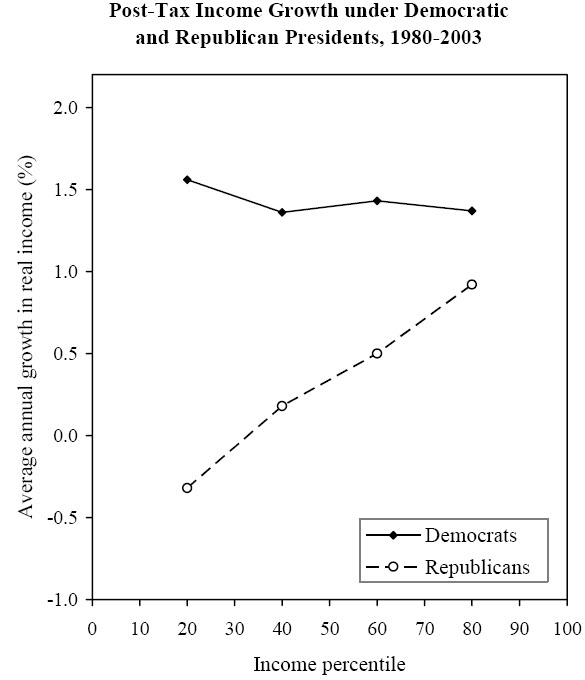 Of course, when presented with this data, Republicans will generally claim that underlying economic conditions drive job growth, which is true. But it is also true that Bush’s supply-side, budget-busting tax cuts didn’t produce much in the way of economic stimulus and job creation, while Obama’s demand-driven stimulus has.

Fascinating new research on the Industrial Revolution finds that it was hardly inevitable that the Industrial Revolution begin in England; rather, the authors find that poor laws, by increasing demand and providing a (minimal) safety net, facilitated rapid economic growth. In America, the postwar growth period was facilitated by high demand (from high wages), low inequality, cheap education and a new social safety net.

The truth is that this trope, like most Republican tropes, is aimed at securing more wealth for the richest Americans. Americans who want to participate in the American Dream need a safety net to fall back on. That means healthcare shouldn’t be tied to employment, unemployment benefits should be generous, borders should be open, education should be cheap and readily available, and policies should favor a strong middle class. Which party stands for those things?