The worst shark attack ever

An account of the aftermath of the USS Indianapolis wreck, the worst maritime disaster in U.S. naval history 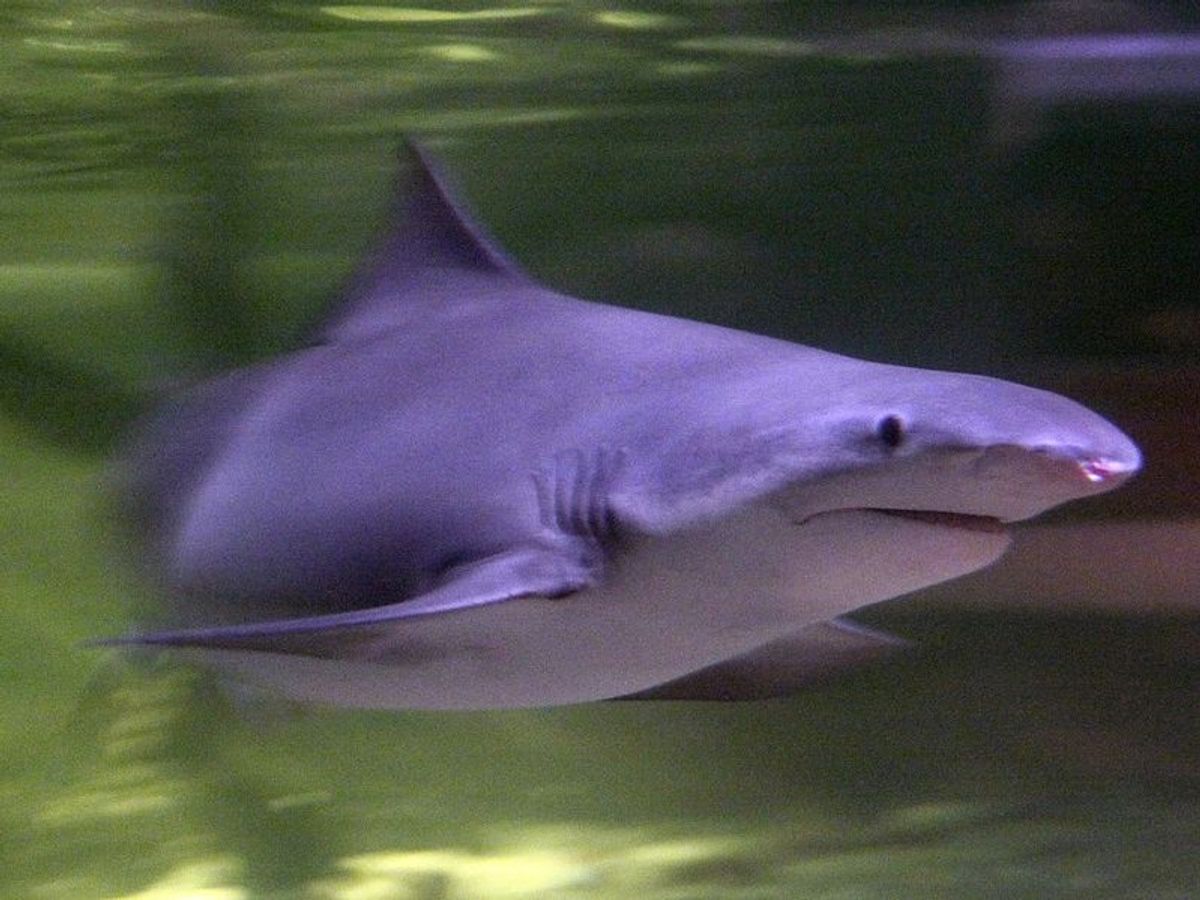 This article was originally published by Smithsonian.comr.

The USS Indianapolis had delivered the crucial components of first operational atomic bomb to a naval base on the Pacific island of Tinian. On August 6, 1945, the weapon would level Hiroshima. But now, on July 28, the Indianapolis sailed from Guam, without an escort, to meet the battleship USS Idaho in the Leyte Gulf in the Philippines and prepare for an invasion of Japan.

The next day was quiet, with the Indianapolis making about 17 knots through swells of five or six feet in the seemingly endless Pacific. As the sun set over the ship, the sailors played cards and read books; some spoke with the ship’s priest, Father Thomas Conway.

But shortly after midnight, a Japanese torpedo hit the Indianapolis in the starboard bow, blowing almost 65 feet of the ship’s bow out of the water and igniting a tank containing 3,500 gallons of aviation fuel into a pillar of fire shooting several hundred feet into the sky. Then another torpedo from the same submarine hit closer to midship, hitting fuel tanks and powder magazines and setting off a chain reaction of explosions that effectively ripped the Indianapolis in two. Still traveling at 17 knots, the Indianapolis began taking on massive amounts of water; the ship sank in just 12 minutes. Of the 1,196 men aboard, 900 made it into the water alive. Their ordeal—what is considered the worst shark attack in history—was just beginning.

As the sun rose on July 30, the survivors bobbed in the water. Life rafts were scarce. The living searched for the dead floating in the water and appropriated their life jackets for survivors who had none. Hoping to keep some semblance of order, survivors began forming groups—some small, some over 300—in the open water. Soon enough they would be staving off exposure, thirst—and sharks.

The animals were drawn by the sound of the explosions, the sinking of the ship and the thrashing and blood in the water. Though many species of shark live in the open water, none is considered as aggressive as the oceanic white tip. Reports from the Indianapolis survivors indicate that the sharks tended to attack live victims close to the surface, leading historians to believe that most of the shark-related causalities came from oceanic whitetips.

The first night, the sharks focused on the floating dead. But the survivors’ struggles in the water only attracted more and more sharks, which could feel their motions through a biological feature known as a lateral line: receptors along their bodies that pick up changes in pressure and movement from hundreds of yards away. As the sharks turned their attentions toward the living, especially the injured and the bleeding, sailors tried to quarantine themselves away from anyone with an open wound, and when someone died, they would push the body away, hoping to sacrifice the corpse in return for a reprieve from a shark’s jaw. Many survivors were paralyzed with fear, unable even to eat or drink from the meager rations they had salvaged from their ship. One group of survivors made the mistake of opening a can of Spam—but before they could taste it, the scent of the meat drew a swarm of sharks around them. They got rid of their meat rations rather than risk a second swarming.

The sharks fed for days, with no sign of rescue for the men. Navy intelligence had intercepted a message from the Japanese submarine that had torpedoed the Indianapolis describing how it had sunk an American battleship along the Indianapolis’ route, but the message was disregarded as a trick to lure American rescue boats into an ambush. In the meantime, the Indianapolis survivors learned that they had the best odds in a group, and ideally in the center of the group. The men on the margins or, worse, alone, were the most susceptible to the sharks.

As the days passed, many survivors succumbed to heat and thirst, or suffered hallucinations that compelled them to drink the seawater around them—a sentence of death by salt poisoning. Those who so slaked their thirst would slip into madness, foaming at the mouth as their tongues and lips swelled. They often became as great a threat to the survivors as the sharks circling below—many dragged their comrades underwater with them as they died.

After 11:00 a.m. on their fourth day in the water, a Navy plane flying overhead spotted the Indianapolis survivors and radioed for help. Within hours, another seaplane, manned by Lieutenant Adrian Marks, returned to the scene and dropped rafts and survival supplies. When Marks saw men being attacked by sharks, he disobeyed orders and landed in the infested waters, and then began taxiing his plane to help the wounded and stragglers, who were at the greatest risk. A little after midnight, the USS Doyle arrived on the scene and helped to pull the last survivors from the water. Of the Indianapolis’ original 1,196-man crew, only 317 remained. Estimates of the number who died from shark attacks range from a few dozen to almost 150. It’s impossible to be sure. But either way, the ordeal of the Indianapolis survivors remains the worst maritime disaster in U.S. naval history.