Anti-choice activism is bad for business 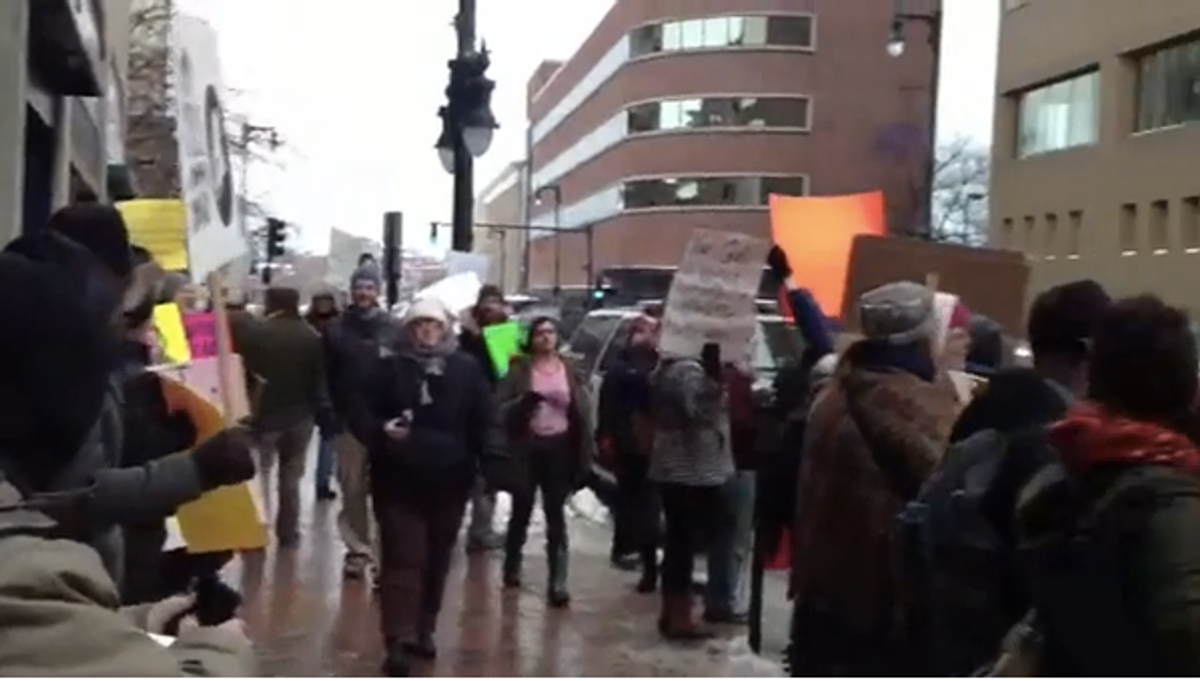 A deli in Portland, Maine, is closing its doors after only three years in business because the presence of antiabortion protesters outside a neighboring Planned Parenthood is scaring away his customers.

Mike's Restaurant owner Mike Fink has been battling against harassment from these demonstrators for months, but recently decided to give up the fight, telling the Bangor Daily News that "holding signs of dead babies isn’t good for business.” He added that in addition to hurting sales, arguing with the protesters day in and day out was wearing on him personally. "I gave up yelling,” he said.

Fink had previously organized counter protests to support the clinic, even providing free food to anyone who showed up with a sign in support of women's reproductive rights.

Locals are sad to see Mike's Restaurant go, and frustrated over the circumstances behind its closing, as Robert Horn, a mason on lunch break, also told the Bangor Daily News: “The circumstance is ridiculous,” he said. “People need better hobbies than to infringe on other people’s decisions.”

As Tara Culp-Ressler at Think Progress notes, what Fink went through is just a fraction of the harassment endured by abortion service providers and patients across the country:

Fink’s decision to shutter his restaurant is just one example of the far-reaching consequences of the anti-abortion harassment that threatens access to reproductive health care around the country. Perhaps unsurprisingly, the states with particularly harsh anti-abortion laws on the books tend to have the highest levels of harassment leveled against abortion providers and patients. Abortion doctors are often the subject of serious threats and intimidation, and some states can’t find any medical professionals willing to practice there because doctors aren’t willing to risk their lives. Women are often too nervous to enter clinics because they’re confronted with emotional attacks -- or, in some cases,physical violence -- from protesters outside. If people in Portland, ME, began avoiding Mike’s Restaurant so they wouldn’t have to encounter the protesters, some people may have actually skipped out on the health care they needed because they didn’t feel safe enough to walk into the Planned Parenthood clinic.