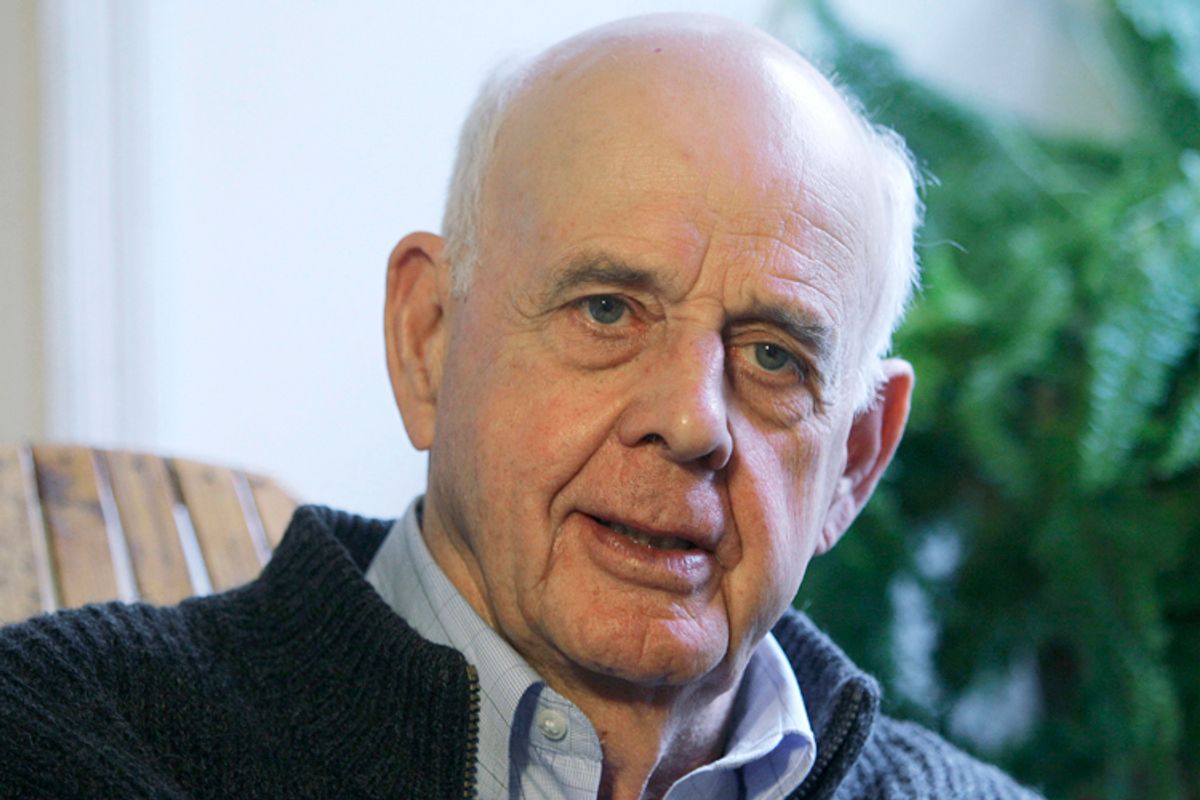 Reversing that assumption can be said to have been Berry's life's work, for which he is now being recognized: The Kentucky-based writer and environmental activist has won the Dayton Literary Peace Prize's lifetime achievement award "for his steadfast promotion of the need for people to live at peace with their environment," the AP reports.

The 79-year-old writer doesn't just pen works that highlight the benefits of a simpler life at ease with nature. He backs up his words with his actions, speaking out against strip-mining and other development he says damages the land, while keeping a garden, raising sheep and living largely technology-free on a hilly central Kentucky farm.

The Dayton honor is called the Richard C. Holbrooke Distinguished Achievement award, for the late U.S. diplomat who brokered the 1995 Dayton peace accords on Bosnia. It's meant to recognize literature's ability to promote peace and understanding.

In his writing, Berry told the AP, his goal is not to be political but to just "write a good poem and tell a good story. That's complex enough." He'll be presented with the award, which comes with a $10,000 stipend, by last year's winner, Tim O'Brien, on November 3 in Dayton.