Bizarre law could force women in Kenya to ride sidesaddle 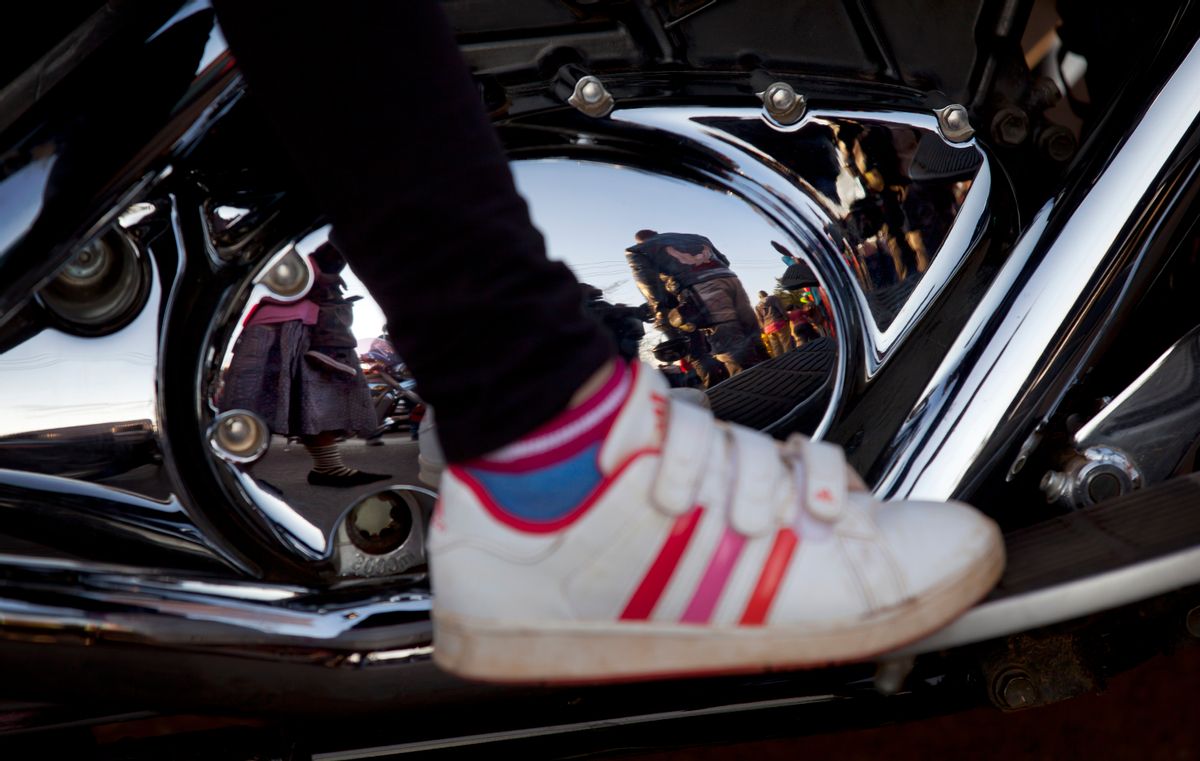 A proposed law could force women in Kisumu County in western Kenya to sit sidesaddle while riding bicycles or motorcycles because straddling a motorbike is, apparently, "really demeaning to our women,” county assembly member Caroline Owen told KTN, a local television station.

Oh, and it is distracting to men, according to men.

As Thomson Reuters reports, one man interviewed about the proposed law said he was so distracted by women motorists that he found it hard to drive safely.

More from the Standard:

The sitting position in which the women sit with their legs apart when aboard the motorcycles was discussed in the house and termed as uncultural.

This, according to county assembly member for Kisumu North, Caroline Owen, was making women lack respect from many men for allegedly exposing their bodies.

The assembly was told that the sitting position, which includes women holding the motorcycle rider from behind, was in bad taste, according to the Luo culture.

The sitting position is called ‘bet angewa’ and it portrays a bad image of the women, which is not allowed in Luo culture,” said Ms Owen.

This isn't the first time that women cyclists and motorists have been the target of bizarre, sexist restrictions. Until April, women in Saudi Arabia were banned from riding bicycles in public (though they can still only ride in certain areas and "only for entertainment"). And female bike riders in Brooklyn, New York have been confronted by some members of the ultra-conservative Hasidic community for riding in "scandalous" clothing like tank tops and skirts.