Crosswalk outside of Russian embassy in Sweden gets LGBT pride treatment 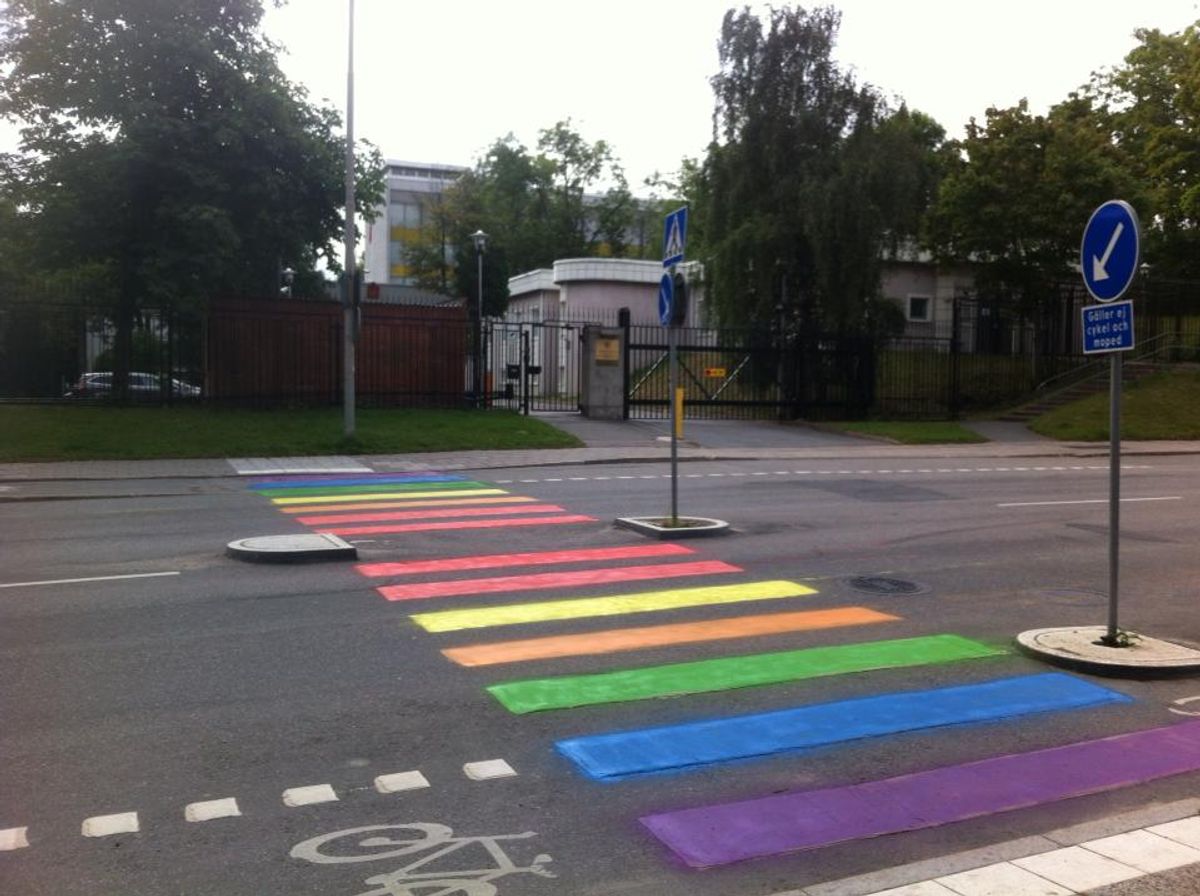 Russia's draconian crackdown on gay rights has made the Russian embassy in Stockholm, Sweden the target of a series of pro-LGBT rights demonstrations in recent weeks. This weekend, protestors literally left their mark on the place by painting the crosswalk outside the embassy in brilliant rainbow colors.

“We have no case file on it but it will probably be classified as vandalism or a violation of traffic regulations,” a spokesman for Stockholm police told Dagens Nyheter, a Swedish daily newspaper.

He added that the police are not responsible for repainting the crosswalk, so hopefully the colors will stick around for a while.