How to talk to someone who's grieving 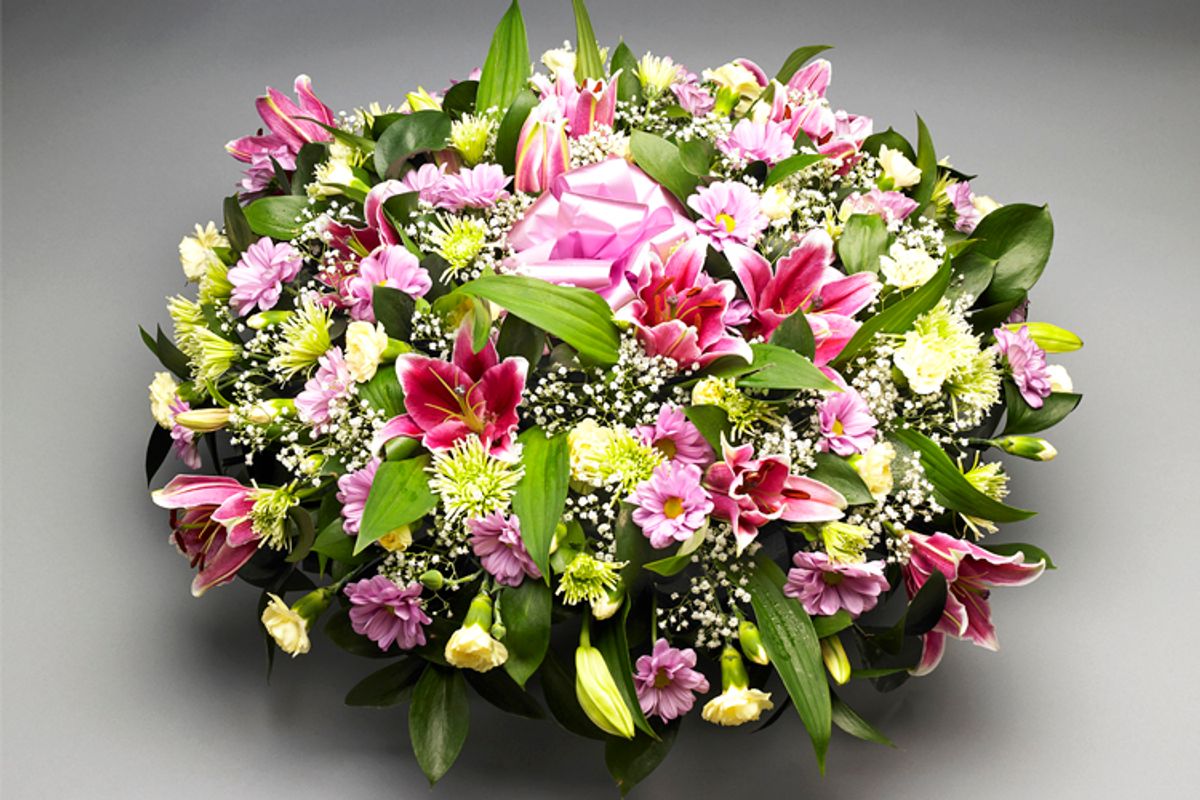 It wasn't that long ago that my life was relatively untouched by grief. I'd had a few losses along the way, but they had been intermittent – punctuation marks of sorrow in a relatively griefless life. Then the deaths started piling up. There was the year all the dads died. The 24-hour period that saw a suicide and a heart attack. The week that took out a huge chunk of our family's cancer support groups. A deluge of loss.

I never get used to it. But grief is a muscle that the past few years have made stronger. And though I still frequently find myself stunned and stammering for the right words with every fresh death, I'm trying to improve at the art of consolation. So I recently asked my friends for their counsel about what they've appreciated most in the worst moments. The main tip? Just be a friend. Just stick around. It's so simple, and so needed.

Don't say any of the following.

"It's in God's hands." "There's a reason for everything." "I know exactly how you feel." As my friend Pauline says, "Both my parents had cancer and I got a lot of, 'At least they are no longer suffering' or 'They are in a better place.'" I know you mean well, and it may truly be a relief the person's pain is over, but just don't say it right now. To the living, it's still someone they loved who is gone. Be sensitive about that.

Don't press too hard for details.

Let the griever decide the narrative. You may hear a beautiful story of a peaceful last day or about the shock of a sudden phone call -- or you may feel frustrated the late person's inner circle chooses not to share much at all. Let them set the tone. Don't ask for descriptions about the scene of the accident or the toxicology reports or how the person looked at the end. You'll probably find out in time anyway.

Similarly, don't ask questions that sound like you're looking for a way to make this OK.

Make sure your "How old was he?" doesn't carry an unspoken, "Because if he was really old, it hurts less, right?" Don't ask if he smoked or didn't wear his seat belt or if he'd been very depressed lately or why he didn't do that last round of chemo. Don't judge him.

Absolutely, the person or family at the heart of the loss needs a lot of  help right now. There are groceries to be bought, meals to be made, school lunches to be packed. My friend Scarlett says, "I really appreciated people buying us food and cooking for us. Sitting shiva (and I'm not Jewish) is one of the most sane practices on the planet."

But please don't descend upon the mourner bearing a huge tamale pie because you want to do something. Check the person's freezer space situation -- it only takes a few lamb stews to overload it. Consider instead what a smart pal did recently -- create a schedule for friends to sign up for food deliveries and errand running, so there's a smooth flow of help – and less exhausting overlap. (Suffice to say my own grief experience has left me with a permanent chicken potpie PTSD response.) Send gift certificates for local grocery services and takeout places. Long after the initial flurry of gifting around a death, there will be long nights the bereaved just can't bear the thought of making one more dinner, when the act of going into the kitchen suddenly seems monumental. That's the night it means everything to not have to do it.

Be empathetic without one upsmanship.

It's OK to mention your own experience of loss, especially if it's similar. The person who's mourning has just gained entrance into your special, awful club of widowers or orphans or whatever it may be, and it's all right to say, "Welcome." My friend Stevie says, "Look, we all are grappling with grief and loss." But if this thing is ripping open your own old scars, you do not have a right to put that on the other person right now. You do not have the right to say that your mother had cancer longer."

This is not radio; you do not have to fill the dead air.

Have you ever had somebody throw a sack of cement at you? I imagine it feels exactly like grief feels. It knocks the wind out of a person; it's overwhelming. So don't feel you have to entertain anybody if you're feeling quiet and thoughtful, because then the other person might feel obliged to entertain you back. It's OK to be quiet and thoughtful. Silence is not by definition awkward, not when you establish that you're present and you're supportive. My friend Grace says, "The best thing someone said was, 'I don't know what to say.' She just sat and held my hand and let me cry silently. That vulnerability allowed me to be just as vulnerable." And Daniel says, "Simply being in someone's company while they are grieving without making it about you and being perfectly OK with silence is helpful."

Tell something new. Tell her about that camping trip you and the deceased went on in high school, or the time he ate a worm on a bet. Give him that picture of you guys together from the photo booth. Give the person who's lost someone irreplaceable one little unexpected thing to hang on to. And by all means, talk about how much the person who's gone loved the person who's left behind. About when he came to you and said, "I'm going to marry that one." Or how she drove you crazy bragging about her kids. If the truth is love, tell that truth.

Remember the part about not judging?

It's not just for the deceased. Love is "I'm here for you." Judgment is, "Don't say that. Don't be like that." Judgment is my friend Chris' experience: "The worst thing was people who wouldn't let me move forward," she says. "Years later, after moving out of state, there were people I would visit when I went back that only wanted to talk about him. I had to break up with one of my closest friends because he got mad at me for being so happy with my current boyfriend."

Stick around. Remember. For a long time.

Grief is a chronic condition. So look at your phone. It has a reminder function, right? Set it for a month from now. Set it for the first Father's Day after the death. Set it for the dead person's birthday. And then check in with your friend. Check in other days too. It doesn't have to be grim or morbid. It just needs to be a gesture of support and intention. My friend Nancy says, "I appreciate any effort more than avoidance."

Life goes on, and new memories are made. As Joe Biden, who lost his first wife and his daughter in a car accident, has said, in time, the good days begin to outnumber the bad. I've witnessed it myself. Along the way, experience has made me better at dealing with death. I still don't always say the right things when someone I care about faces a loss, but I'm trying. And I know that when the worst happens and there is nothing to say to make it better, I can always still just say, "I am so, so sorry."