A fish-free diet, they say, will make farmed seafood healthier and more sustainable 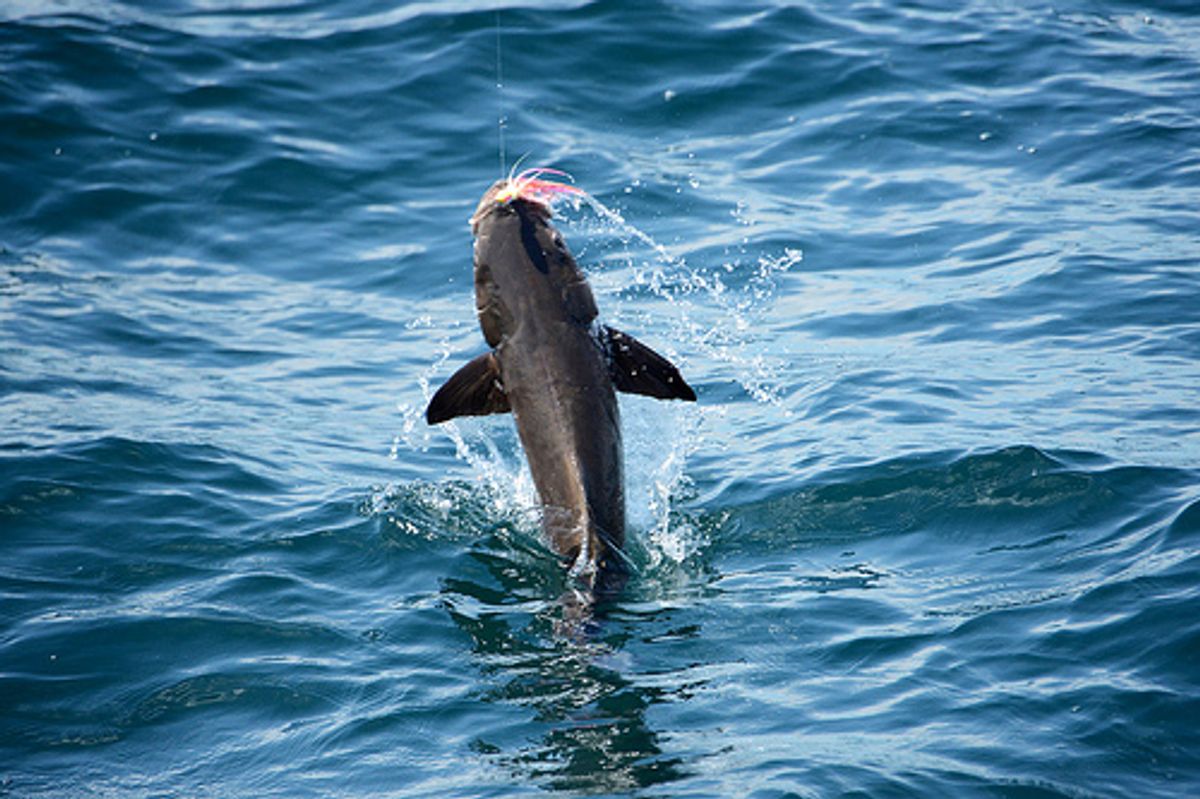 If humans aren't willing to become vegetarians, the next-best thing may be for us to eat fish that are. Three Baltimore researchers announced that they've developed a suitable vegetarian diet for cobia, a carnivorous fish that, according to the Washington Post, is "all the rave in Europe and Asia," as well as a "growing delicacy in the United States."

The researchers announced last week that they pulled off the feat at a laboratory in the Columbus Center in downtown Baltimore. Over the course of a four-year study, Watson said, they dabbled with mixtures of plant-based proteins, fatty acids and a powerful amino acid-like substance found in energy drinks until they came up with a combination that cobia and another popular farm fish, gilt-head bream, gobbled down.

The conversion of these carnivorous fish to a completely vegetarian diet is a first, according to the University of Maryland Center for Environmental Science, and a key to breaking a cycle in which the ocean’s stocks of small fish — menhaden, anchovies and sardines — are plundered by industrial fishing partly to provide fish feed to aquaculture, one of the fastest-growing economic sectors in the world.

The National Oceanic and Atmospheric Association and the Department of Agriculture have been looking to replace the diet of farmed fish since 2007. But finding the right combination of nutrients to replace the cobia's natural diet was far from simple. As explained on the NOAA's website, "Fish are considered a 'superfood' in part because they are rich in heart- and brain-healthy omega-3 fatty acids. These compounds will only reach the consumer’s plate if they are present in the feed used on fish farms." According to the researchers, vegetarian fish will also have much lower levels of mercury and PCBs.

Most exciting, though, is what this means for overfishing. “Aquaculture isn’t sustainable because it takes more fish to feed fish than are being produced,” said Dr. Aaron Watson, one of the researchers involved in the discovery. According to the team's announcement, it can take five pounds of wild fish to produce one pound of fish intended for human consumption. Their fish food addresses this problem, and in so doing may have solved one of the main barriers to making aquaculture sustainable.