To beat Apple and Samsung, Iron Man might be required. But can Robert Downey Jr. succeed where Alicia Keys bombed? 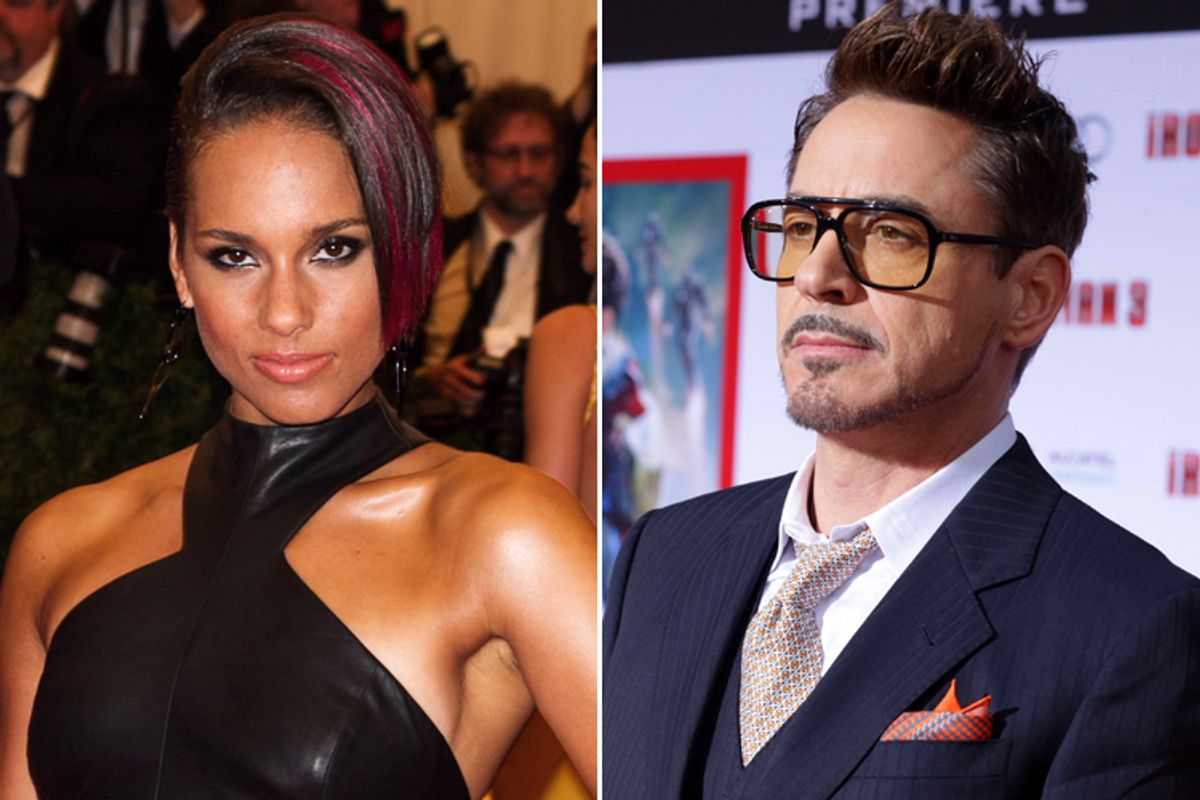 In a desperate effort to stop the bleeding, Taiwanese smartphone maker HTC announced on Monday that it had signed Robert Downey Jr. to a two-year, billion-dollar marketing campaign.

On a purely symbolic level, the move makes sense. Over the past two years, the company's global market share for smartphones has imploded, dropping from 9.3 percent in the first quarter of 2011 to 2.5 percent in the first quarter of 2013. That kind of damage definitely calls for the talents of Iron Man. Indeed, one might wonder whether making inroads into Samsung and Apple's increasingly brutal duopoly should require the efforts of all the Avengers. (Can you see Hulk getting his thumbs on an iPhone? Puny, puny Apple!)

But while it is a truly amazing and inspiring demonstration of the possibilities of cultural redemption in the 21st century that a man arrested and jailed multiple times for possession of cocaine, heroin and marijuana could, just a decade later, be seen as a positive branding asset, HTC doesn't have to look far for an example of how star power can turn out to make absolutely zero difference to a smartphone company's commercial fortunes.

Back in January BlackBerry named Alicia Keys as its global creative director and marketing figurehead. But barely seven months later, BlackBerry announced (also on Monday) that it was exploring opportunities to sell itself to interested parties. The trade press is interpreting this announcement to not only to be the latest confirmation that BlackBerry's efforts to reverse its corporate tailspin are utterly doomed, but also that there are no interested buyers in sight. (Otherwise, BlackBerry would have announced a deal, rather than just the fact that it was open to a deal.) Alicia Keys was no help, no matter how many times she performed concerts with a big BlackBerry banner hanging behind her.

Robert Downey Jr. is a funny, talented man, and his HTC ads may well go viral and tally bazillions of YouTube pageviews. But the smartphone market is a brutal fire zone, and I'm not sure that anyone chooses what model to purchase based on who the celebrity spokesperson is. The newest Samsung Galaxy phone is due to be released Sept. 4. Apple is expected to show off the iPhone 5S on Sept. 10. Maybe HTC should be concentrating its resources on keeping up with that artillery barrage, rather than firing movie superstar blanks?