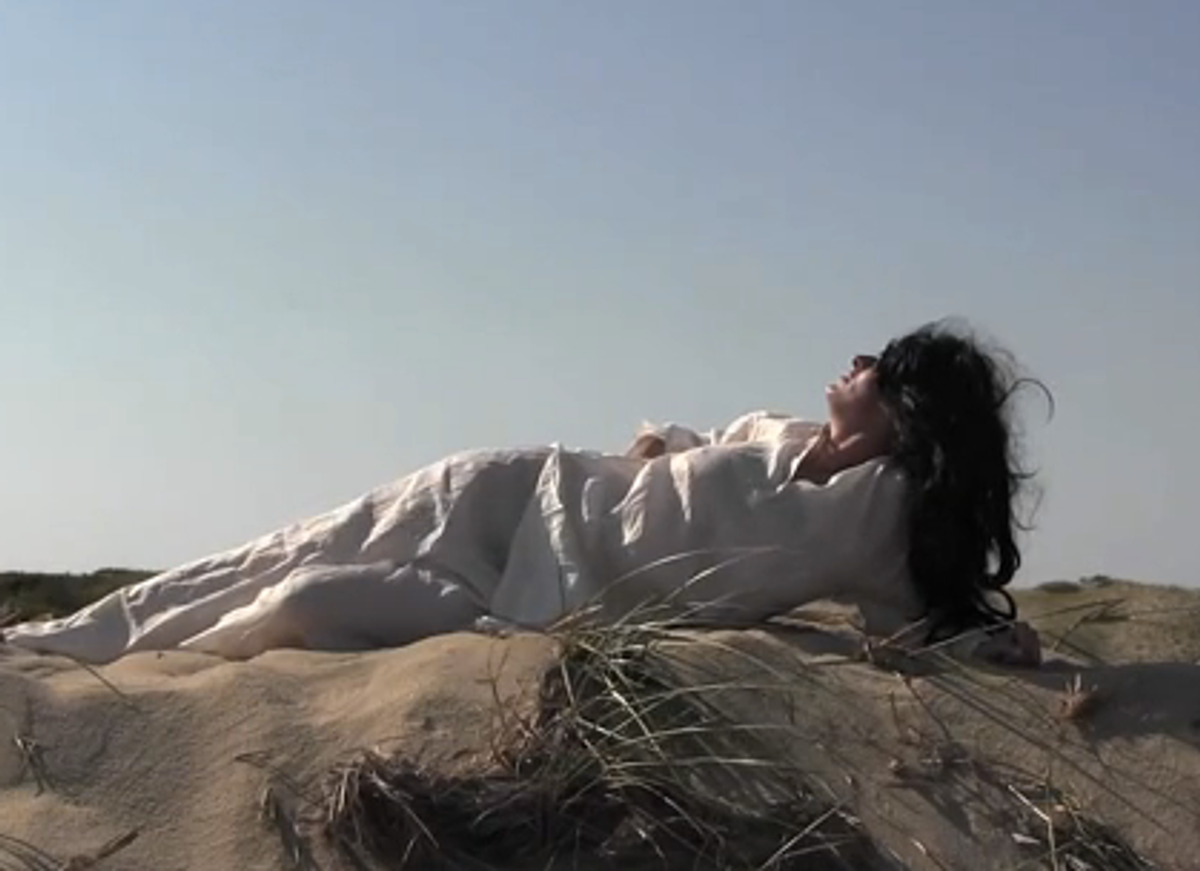 “In the name of ‘progress,’ our official culture is striving to force the new media to do the work of the old,” writes Marshall McLuhan in his zine/manifesto The Medium Is the Massage. When considered in relation to social networked identities, it’s necessary to think about the way personhoods/personas on social media are forced to do the work of getting to “build relationships with others,” a task that was previously done through less hi-tech and more in-person means. We are ourselves, but we are also meta-selves and performances of our own perception of identities online. In considering the social media “celebrity” or just the social networked persona, this lesser-known McLuhan quote better captures the tongue-in-cheek nature of artist Jill Pangallo, whose work interrogates social networked identities and personas: “The stars so big, The Earth is so small, Stay as you are.”

I wasn’t at Pangallo’s latest performance Unfollow at Austin’s MASS Gallery as part of her residency at Hotbox, but it doesn’t matter. I experienced it online, and the internet is the medium, which is the message and the massage, rubbing your brain into your body and into the internet worlds beyond. Oddly, it actually makes more sense that I experience the spoofy online dating videos and weird Skyping with mom moments and multiple social media personas from the comfort of my home, online, in front of a laptop and monitor. I hate Jill Pangallo and I want to unfollow her, but like Marina Abramović, one of the artists she spoofs, or her latest protégé, Lady Gaga, I just. Can’t. Stop. Watching.

The actual performance, as Pangallo explains to me via email, was part reading, then screening an accompanying video interspersed with conversations about process. It sounds far more mundane in execution than it appeared to me yesterday, online, in a flurry of emailed Vimeo links and oversized JPGs. Real-life is but a slow moving cat meowing loudly at its owners’ back door, at least in comparison to the rapid-speed pace of conversations online.

I watched videos of Pangallo’s three personas, Jill, Nancy and Juana/Mackenzie. Nancy is an awkward and lonely woman either Skyping with or making videos for her mother. Navigating the world of online dating, Nancy narrates to her mother various attempts at going on a date with Steve, a local hipster dreamboat guy. But Steve turns her down—yet, oddly, he comes by her house to break the news rather than send a hasty blow-off via text (points for Steve!). After the “break-up,” Nancy she makes a video called “Against All Odds: Nancy & Steve” about her exploding emotions and utter heartbreak to the tune and original video of Phil Collins’ “Against All Odds: Take a Look at Me Now.” In an increasingly isolated yet hypernetworked world, these emotional moments become increasingly heightened and, at times, as intense and irreverent as a gushy pop song. As the video fades out, we see Nancy’s cat Snickers in the triangular arrangement with Steve and Nancy.

In another persona, Pangallo plays Mackenzie, a featured toddler on TLC’s Toddlers & Tiaras, a program more well-known for the internet sensation Honey Boo Boo whose mother came under fire for concocting a “special juice” that helps her win. Dressed as an overgrown toddler, Pangallo wears shiny satin pink dress complete with pink bow and silver glitter-covered top hat. By over-performing the girl’s gestures yet retaining the original toddler’s voice, Pangallo heightens each juveneille moment much in the way an improviser does. Her Mackenzie persona is more salient than the hipster online dating one, aptly commenting on the absurdity of toddler beauty pageants by placing an adult-dressed-as-toddler in this role.

Jill Pangallo, documentation of performance at MASS Gallery in Austin; still from the video “Mackenzie” (2013) (image courtesy of Margit Raczkowski)

Add 200 years to the age of the Mackenzie persona, and we see Pangallo as a cyborgian gothic woman who is looking for “casual sex,” or at least that’s what this e-match dating video suggests. But in this futuristic space, she might be Jill, or Jill’s gothic future self or. . . please uncheck which matches you do not want on your e-match profile. Thank you! Now wait for the algorithm to pair you with the right partner.

The last video is appropriately titled “The Artist intro,” of course referring to Marina Abramović’s now-iconic The Artist is Present (2010) performance at MoMa and her subsequent implementation of “the artist” as a brand, meme and viral sensation. Keeping in line with the online dating video shtick, Pangallo turns this into an introductory video for what could be The Artist in the Age of Social Media’s futuristic online dating persona. In a 2012 interview with the New York Times, Abramović answered grossly over-personal and potentially invasive questions that seem wrong for a candid interview, but perfect for The Artist’s futuristic online dating profile. One question reads: “Before you got your MoMA show, you wrote an e-mail to Glenn Lowry, the museum’s director, saying: “It was so nice of you to come to dinner last night. You look in good shape and totally sexy.” Is there any career calculus in sending an e-mail like that? ” But it’s certainly not as Marlene Dietrich-esque as this one: “I wouldn’t have suspected otherwise, although you have been described as extremely seductive to men and women alike.” To which Abramović responded: “Oh, God. And I am alone as you could be. I am plenty lonely in hotel rooms.”

The Artist intro from Jill Pangallo on Vimeo.

“Potential partner, are you going to be sad when you die?” says The Artist, while wearing a wig of long black hair, a loose-fitting white suit and sunglasses. Twangy sitar music chimes along as she walks through the desert, a shell of her artist self, and a self that seems to only live when you, internet viewer, watch this video. “Dying is so complicated, it’s so mixed up, I just want to take a spaceship into space and die inside the spaceship. I feel like crying, I need to cry. Do you like crying?”

The artist is never present, yet she is omnipresent online and available now to answer your questions in a suitable interactive internet forum. (Reddit, anyone?) “I need someone to put music on and make me cry,” says The Artist’s online persona. “That could be you. Imagine. . . it could be you watching me cry.” Crying webcam tears may help solidify your wish to be unfollowed, Jill Pangallo the Artist, whoever you are.