The politics of being friends with white people

My best friend at 9 was white -- but interracial friendships later became a struggle. Here's why everything changed 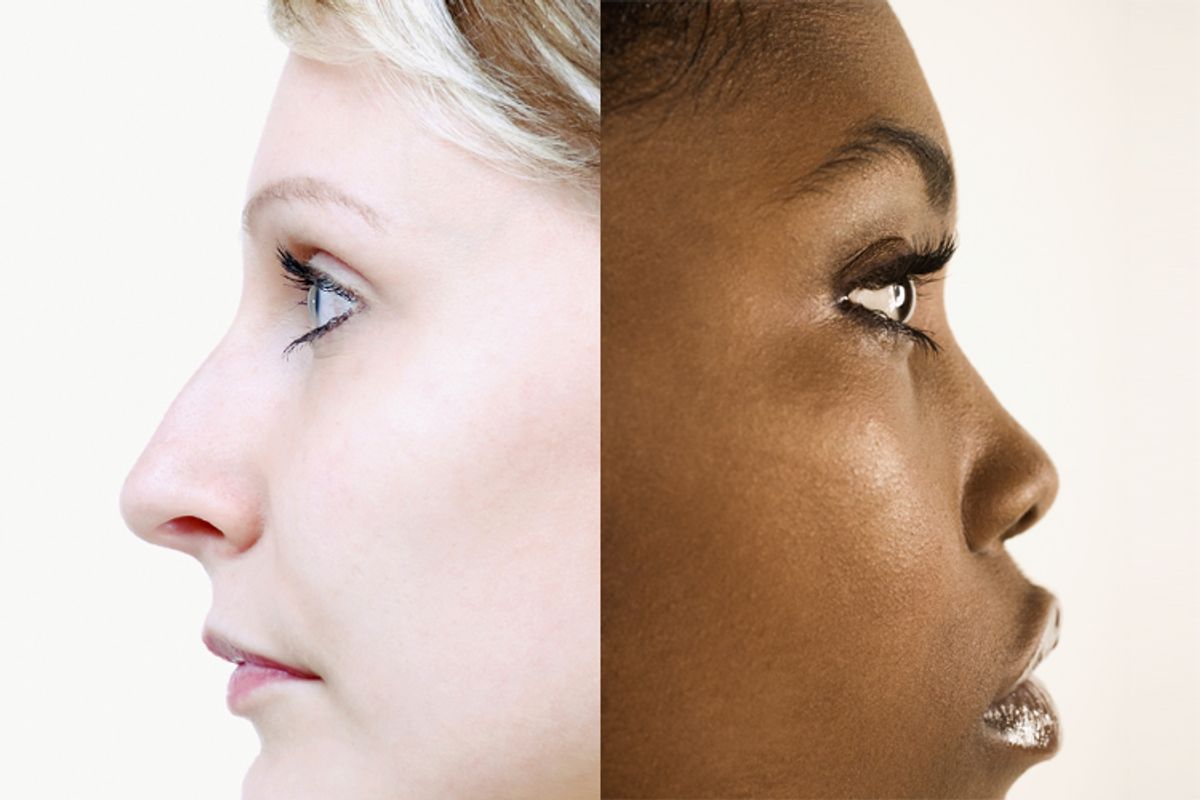 A recent Reuters/Ipsos poll, which found that 40 percent of white people and 25 percent of nonwhite people have no friends of the opposite race, caused me to reflect deeply on the friendship segregation that has characterized my own life.

In third grade, during the Presidential election of 1988, my grandmother asked me whom I was voting for. To her utter dismay, I proudly announced “Bush!” unsuspectingly mimicking the overwhelming choice that my young classmates had made during the class “election.” She looked at me, shook her head forcefully and said, “Naw, Girl! Dukakis!” It would be many years before I understood that the difference in political orientations was just one of the many substantive differences between me and my classmates.

I had only begun to have white friends the year prior when I found myself newly “tracked” into the higher-achieving second grade class based on superior reading ability. Scattered into a predominantly white classroom among only a handful of black students left me desperately wanting to culturally fit in and sound like my peers, especially since the vast majority of black children I knew stayed concentrated in the “B” and “C” tracks. My awkward attempts to fit in resulted in me being teased mercilessly by my black peers, who from then on through the better part of high school both accused and found me guilty of “talking too proper,” “acting white” and, perhaps most egregious of all, “thinking I was white.”

I was grateful for the friendship of a white girl in my class, Amanda. I’m not sure why we were drawn to each other, but more and more, we became each other’s primary playmates during recess. By fourth grade, Amanda and I were joined at the hip, so much so that our teacher, a Black lady named Mrs. Gaulden, still my all-time favorite teacher, called us Ebony and Ivory after the famous song. Amanda directed the classroom production of “Rosa Parks and the Montgomery Bus Boycott,” starring yours truly as Rosa Parks.

It was Amanda with whom I had my first deep philosophical conversations. In fifth grade, I asked her what she thought about interracial marriage, probably after meeting a kid who had both black and white parents. She told me, “My daddy says people should marry their own kind.” Having never heard it put quite that way before, I simply nodded my head. It sort of made sense. Even I knew that my friendship with Amanda was an anomaly.

Still, it was Amanda with whom I shared most early adolescent memories. I called her when I got my period. It is she who saved me from being mercilessly teased by letting me know that even though all of us had read Judy Blume’s "Deenie," we should never say the word "masturbation" out loud. Gross! It is she who put up with my obsession with the "Baby Sitters Club" series even though if I remember correctly she preferred "Sweet Valley Twins." And there is a picture somewhere of Amanda and me dancing to Sir Mix-a-Lot’s “Baby Got Back” at our first junior high dance.

By the end of junior high school, as adolescent friendships go, Amanda and I had drifted apart, but in an amicable sort of way.  We couldn’t giggle about the same kinds of boys since our tastes fell along racial lines, couldn't trade makeup or hair products, or move through each other’s social circles with ease any longer, because increasingly these things were defined by race. So I decided that I needed black girls for friends, girls who liked the boys I liked, who went to churches sort of like mine, where we didn’t have “youth group” but youth either joined the choir or the usher board, girls whose cultural experiences were and would be closer to my own.

Maintaining integrated friendships past a certain age is more struggle than triumph.

My peer groups in high school did remain mostly white, but with increasing difficulty. I found myself ostracized on the one hand by black classmates who still thought I wanted to be white, and increasingly the target of disdain from my white counterparts, who liked me all right – mostly because as more than one told me, “you aren’t like other black people” — as long as I did not outperform them academically.

My stint on a multiracial, close-knit debate team offered some reprieve, and is the source of my most enduring friendships with white people. But I think now about what it meant that the policy positions I advocated for in debate rounds, often in tandem with my mostly white and Asian teammates, were antithetical to a progressive race politics. For instance, my Taiwanese debate partner and I won our first debate state championship in 1995, advocating for the passage of Proposition 187 in California, a proposal that would have barred undocumented immigrants from receiving education and emergency medical care. My teammates also had a love affair with Ayn Rand’s objectivism. Had I been more cognizant and more confident, I would’ve thought about what it meant for people of color to win rounds advocating for those kinds of positions. What I took to be merely an academic exercise at the time came to be a kind of deep political and ideological training for many of my white counterparts.

I increasingly cultivated a certain degree of resolve to deal with classmates whose racial views evolved to reflect those of their parents with a disturbing degree of similarity. I remained friends (some to this day) with classmates who asked to touch my hair and then remarked with shock and surprise that it was “soft and didn’t feel like a brillo pad”; classmates who inquired about whether black people could see better in the dark, and even one who told me that “black people do drive down our property values,” when they move into the neighborhood.

Back then, folks who made these asinine remarks got a withering side eye from me, but their casual, everyday racism was not a deal-breaker for our friendships.

When I went off to college (a historically black institution), this changed. I made my first close black friendships. Those four years at Howard are actually the outlier in an educational background populated by predominantly white learning institutions. And yet, since leaving high school, I have not had many nor actively sought opportunities to make friends with white people.

When you are 9, or 12, or 17, it is easy to overlook racist comments. That your friends’ dad does not like black people has little to do with what your friend thinks, right? When you cannot yet vote, the fact that your friends’ parents are Republicans means little. With age, these things start to matter. At 25 or 32, it is harder to overlook the inevitable racially ignorant comment that will come, especially when you have had access to friendships where this is never an issue. At 30 or 35, the fact that your white friends now vote Republican alongside their parents strikes you as a choice that detrimentally impacts your material existence.

It is hard to stomach.

Several years ago, I had the opportunity to attend the wedding reception of two of my old debate teammates, who were getting married. I went with another teammate, also black. When we arrived, we were shocked to discover that among a gathering of probably 75 people, we were the couple’s only black friends. And it had been years since we had spoken to them.

This is why the Reuters poll is unsurprising. I have always been skeptical of white people who claim that “one of my best friends is black.” Internally my response has always been, “They may be your friend, but are you their friend?”

I believe deeply in the power of friendship to make us better human beings. But interracial friendships, especially in adulthood, require a level of risk and vulnerability that many of us would rather simply not deal with. And that is perhaps one of racism’s biggest casualties: Beyond the level of systemic havoc that racism wreaks on the material lives of people of color, in a million and one ways every day, it reduces the opportunity of all people to be more human.