Dad to daughter: Have awesome sex!

A father goes viral with a blog post wishing his daughter a satisfying sex life. Is it enlightened or creepy? 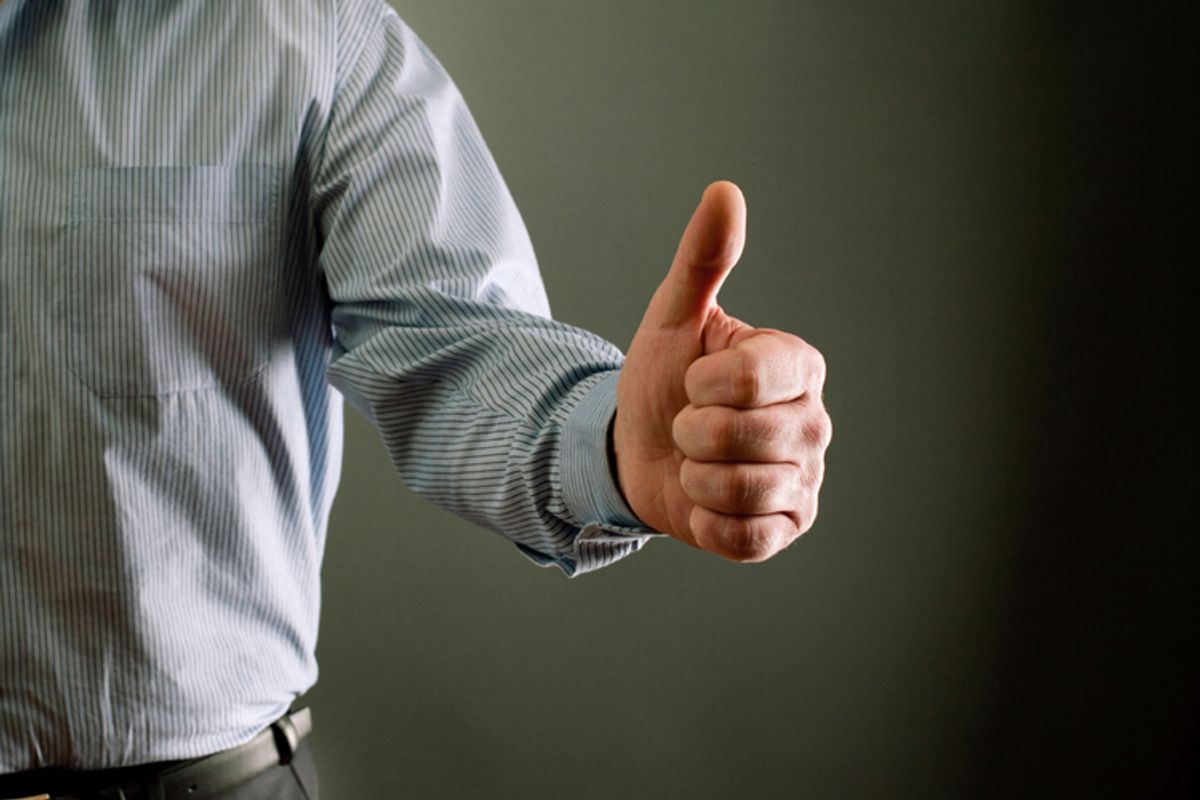 Well, here’s one way to go viral: write a blog post titled, "Dear Daughter: I Hope You Have Some Fucking Awesome Sex." That’s what blogger Ferrett Steinmetz did, and his post has been republished by the Huffington Post and the Good Men Project, where it garnered 202,751 Facebook “likes.” It’s also inspired a thriving MetaFilter thread, where reactions range from "This man is an awesome father" to "I cringed a little inside."

Steinmetz’s post is a response to another article he noticed making the rounds: “10 Rules for Dating My Daughter.” This piece included such gems as, “I’m sure you’ve been told that in today’s world, sex without utilising some kind of ‘barrier method’ can kill you. Let me elaborate: when it comes to sex, I am the barrier, and I will kill you.” This cliché expression of fatherly possessiveness rubbed Steinmetz, who is the stepdad of 21-year-old and 27-year-old daughters, the wrong way. So he took to his blog: “Look, I love sex. It’s fun. And because I love my daughter, I want her to have all of the same delights in life that I do, and hopefully more,” he writes. “I don’t want to hear about the fine details because, heck, I don’t want those visuals any more than my daughter wants mine. But in the abstract, darling, go out and play.”

Steinmetz’s bottom line is: “I’m not the guard who locks you in the tower.” He explains, “You’re not me. Nor are you an extension of my will. And so you need to make your own damn mistakes, to learn how to pick yourself up when you fall, to learn where the bandages are and to bind up your own cuts.” It's part of growing up, and women have to do it as much as men. Some have cheered this as an example of enlightened, sex-positive, feminist fatherhood, while others have shuddered with disgust. As one Internet commenter put it, "IDK, the article seemed kinda creepy, to me ... why the father's strange fixation on his daughter's intimate life?"

You know what strikes me as creepy? Fathers acting like they own their daughters’ bodies. Dads having inappropriate investments in their daughters' sexuality. I’m thinking of father-daughter purity balls as well as, um, Courtney Stodden’s pop. Now, whether Steinmetz’s letter falls under that category is a matter of opinion: As MetaFilter commenter PhoBWanKenobi, writes, "Giving permission to have good sex ('darling, go out and play') implies that it's his to give even if, on the surface, he's saying that it's not his to give. It's patriarchal ... even if it's not immediately apparent that it is."

Setting aside that legitimate criticism, and the nuances of Steinmetz’s post, which is undoubtedly imperfect, there is an important underlying message here that deserves a signal boost: Fathers should talk to their daughters about sex. They should not be afraid of, or condemn, their daughters' sexuality; they shouldn't treat their daughters' dates and partners as enemies and certainly not as rivals, which is too often the case. This doesn't mean sexualizing their daughters (think: treating them like daddy's pretty, pretty princess whose value lies in her beauty) or desexualizing them (daughters pledging their virginity to their fathers, dads threatening dates with a shotgun). They should respect their daughters as autonomous human beings -- rather than as a possession, a piece of fine china to either be protected behind glass or sold to the highest bidder.

My dad never told me to go out and have "awesome sex" -- but he clearly communicated that sex could be awesome. In his geeky vernacular, this meant saying things along the lines of, "Good sex is like two star systems colliding in outer space." We didn’t have just one sex talk; over time, he painted a picture of what sex meant to him and to my mom. Because of his openness, I never worried that my sex life could in any way cause my dad to lose respect for me -- and, consequently, I rarely worried that my sexual behavior would cause any man who was worth my time to lose respect for me. The gift my dad helped give me was a lack of shame and sense of entitlement to sex -- good sex and, sure, “fucking awesome” sex -- and that's something every daughter deserves. The challenge is in the delivery -- and I must say I'm glad I didn't receive it via a link-baity blog post.