The iconic picture from the Situation Room was faked, the social conservative claims 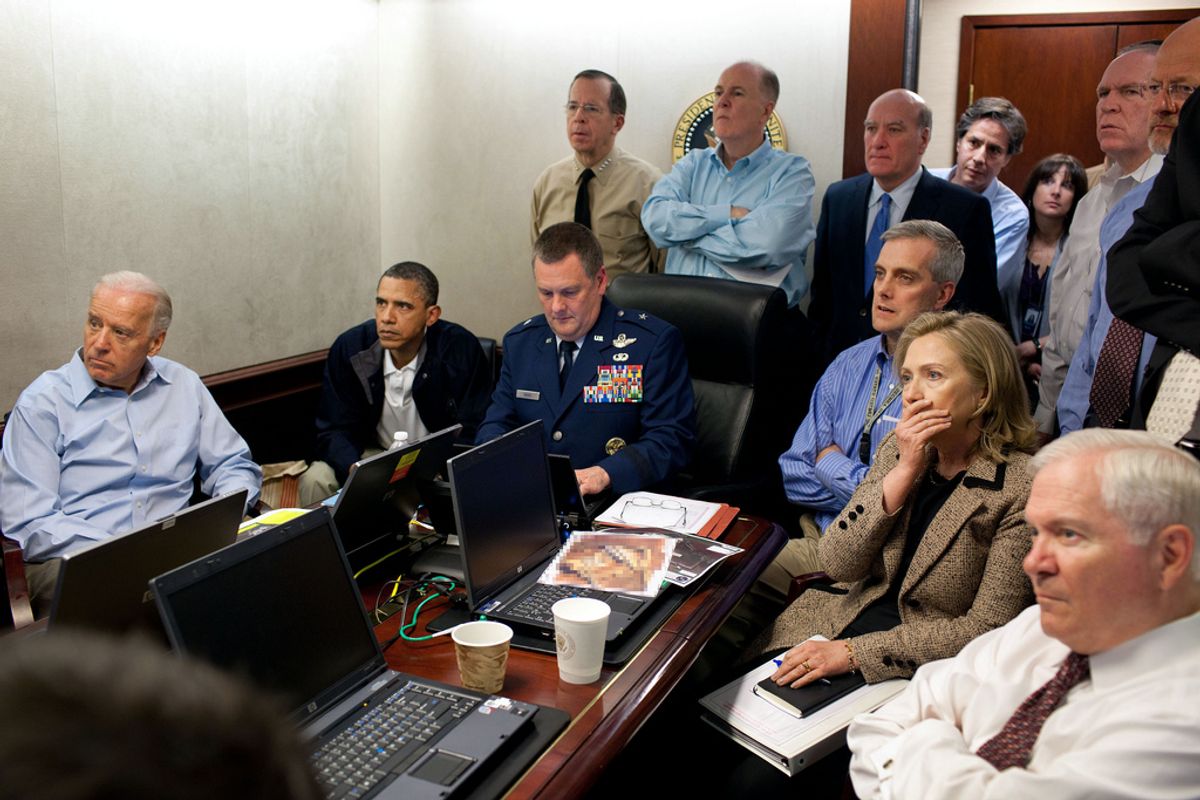 Bryan Fischer, a social conservative and the Director of Issues Analysis for the American Family Association, has latched on to the conspiracy theory that President Obama was Photoshopped into the iconic Situation Room photo that showed top White House officials the day of the raid on Osama bin Laden's compound. "I'll tell you, ladies and gentleman, I said it at the time: I believe if you go look at the picture I think the odds are good that he was Photoshopped into that picture," Fischer claimed on his show.

"I encourage you to go  look at that picture, look at the size of his head compared the size of the head of everybody else in the room," he continued. "Even people standing in the back of the room, their heads are bigger than his head."

So why would the picture have been Photoshopped? Fischer explained: "I think that Obama's approach to that thing was, 'hey if this thing goes south I don't want to be in the room, I don't want to be anywhere near this thing if it blows up. If it succeeds, if it's an outstanding success then Photoshop me in there so it looks like I was right on point  -- but he's there in his windbreaker like he just got off the golf course."

The photo was brought up again after NBC News reported on an anecdote from former Obama body man Reggie Love, who several months ago described playing cards with the President for a period of time during the raid. “Most people were like down in the situation room, but he was like, ‘I’m not … going to be down there, I can’t watch this entire thing,” Love said in UCLA forum. “So he, myself, Pete Souza — the White House photographer — and Marvin [Nicholson, the White House trip director], we must have played 15 games of Spades.”

But NBC News National Security Analyst Michael Leiter, who was in the room during the raid, reports that the President was in there as well during the operation itself. “He was in the room before they landed in [Pakistan] and also in the Sit. Room until after the helos were out of [Pakistani] airspace,” Leiter said. “He largely stuck around after that, although there were times he stepped out, but not for especially extended periods – except to work the speech.”