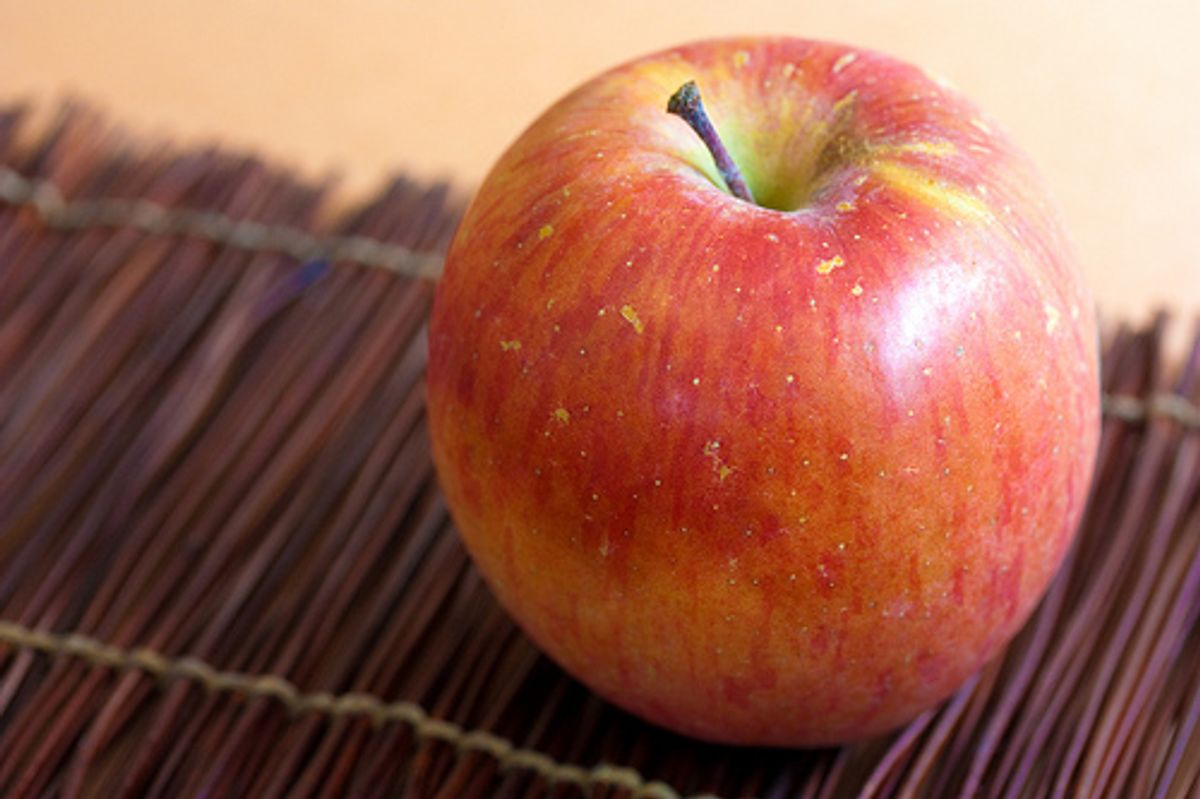 Some apples just aren't as crisp and tart as they used to be. According to new research from a team of Japanese researchers, published in the journal Scientific Reports, over the last 30 years the chemical composition of Fuji and Tsugaru apples has changed. The difference, the researchers say, is measurable -- and, were it possible to do a taste test between the apples of today and those of yesteryear -- would be noticeable, too.

When the researchers compared modern-day Fujis and Tsugarus to their predecessors, they found that their firmness and concentration of malic acid, which corresponds with an apple’s taste intensity, had slowly declined over the decades. Additionally, the modern apples were more susceptible to watercore, a disease that causes water-soaked regions in the apple’s flesh after it matures that over time cause the fruit to break down internally. In other words, today’s apples were consistently mealier, less flavorful, and more disease-prone according to objective measurements such as titrating their juices to determine acid concentration, or using mechanical plungers on the fruit’s flesh to test firmness.

To see if climate change might have played a role, they analyzed the long-term climate trends in the two regions of Japan where the apples were grown (Nagano and Aomori prefectures), and found that during the 40-year period, temperatures had gradually risen by a total of about 2°C in each location. Records also indicated that, over time, the date on which apple trees in the two regions began to flower steadily crept earlier, by one or two days per decade. The last 70 days before harvest in each locale—i.e. the days during which the apples hung on the trees, ripening in the sun—were also, on average, hotter.

If the researchers hadn't said anything, we might not have known what we were missing. From now on, though, it's going to be hard to bite into a Fuji apple without feeling a pang of nostalgia for what was once a superior fruit.