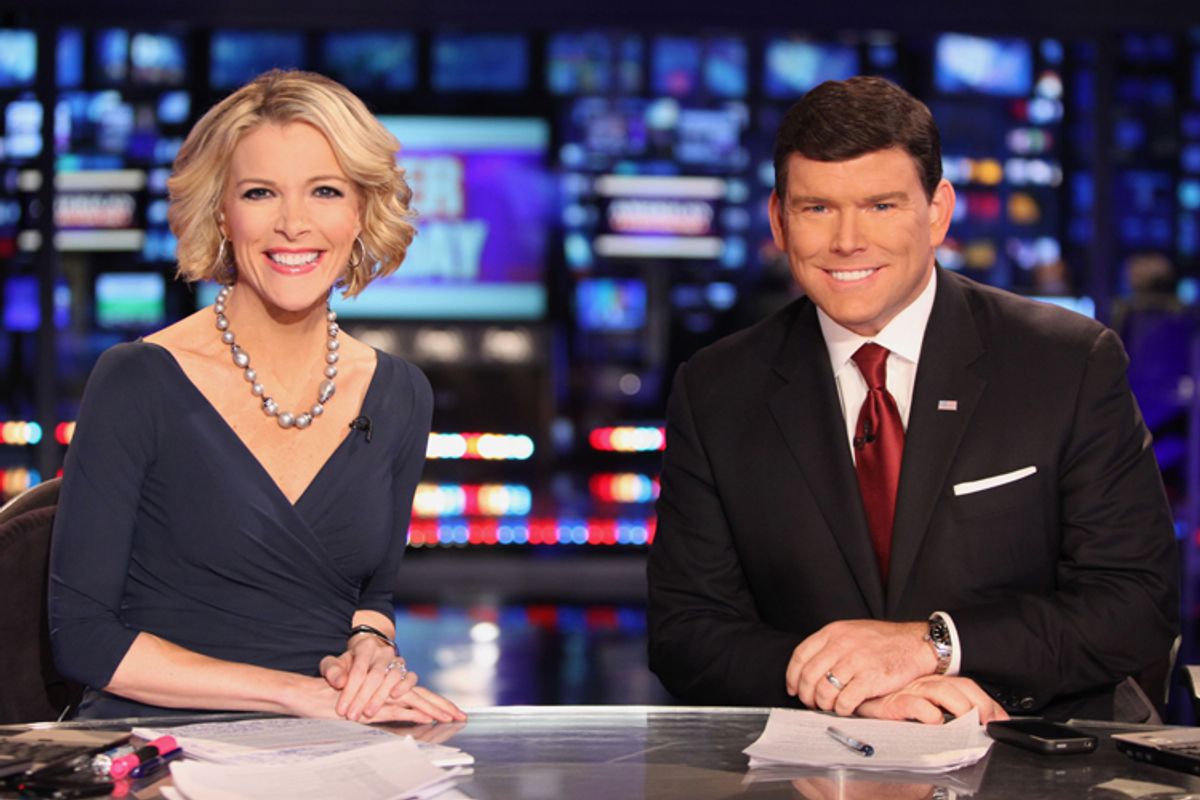 A right-wing group has decried Fox News as an outlet for "pro-homosexual propaganda," following a report that the network will permanently promote Megyn Kelly to primetime.

Last week, The Drudge Report posted a report that "superstar newswoman" Kelly will take over Sean Hannity's 9 p.m. slot, a move the network reportedly plans to announce later this month.

In a 92-page report, the conspiracy theorist group America's Survival, Inc. says that the move is just "another sign of the channel's left-ward drift and decline," since Kelly is the "new hero to the 'gay' lobby."

The report, written by the head of  Americans for Truth about Homosexuality, cites "a growing list of tendentious, ill-informed statements on LGBT issues by Kelly" that "beg the question: is her obvious bias in favor of the LGBT cause as an apparent 'straight ally' so strong that she is incapable fairly covering the issue?"

Enter Megyn Kelly with her LGBT friends, New York City connections, “gay journalist” fundraisers, and her jingoistic “lesbian/gay/transgender” talking points -- which are winning praise in the most un-Fox-like places, e.g., the hard-left homosexual website “The New Civil Rights Movement,” which recently praised Kelly for another interview in which she said: “Now, there is data, in the scientific community, to suggest that children of homosexual couples who are happily married and good parents fare no worse than children of heterosexual couples.” What you end up with is just another New York City liberal elitist talking down to flyover country – lecturing those of us who are supposedly not sophisticated enough to know that a little girl can actually grow up to be a bearded, flat-chested “man.”

America's Survival purports to be a "public policy organization" that "specializes in exposing the United Nations, international organizations and extremist movements." The head of the group, Cliff Kincaid, has alternately campaigned to bring Glenn Beck back to Fox News, and argued that a young Barack Obama received "moral guidance" from "a communist sex pervert."

The Atlanta Journal-Constitution reports that Kincaid will further address the topic at an event at the National Press Club in Washington, D.C.