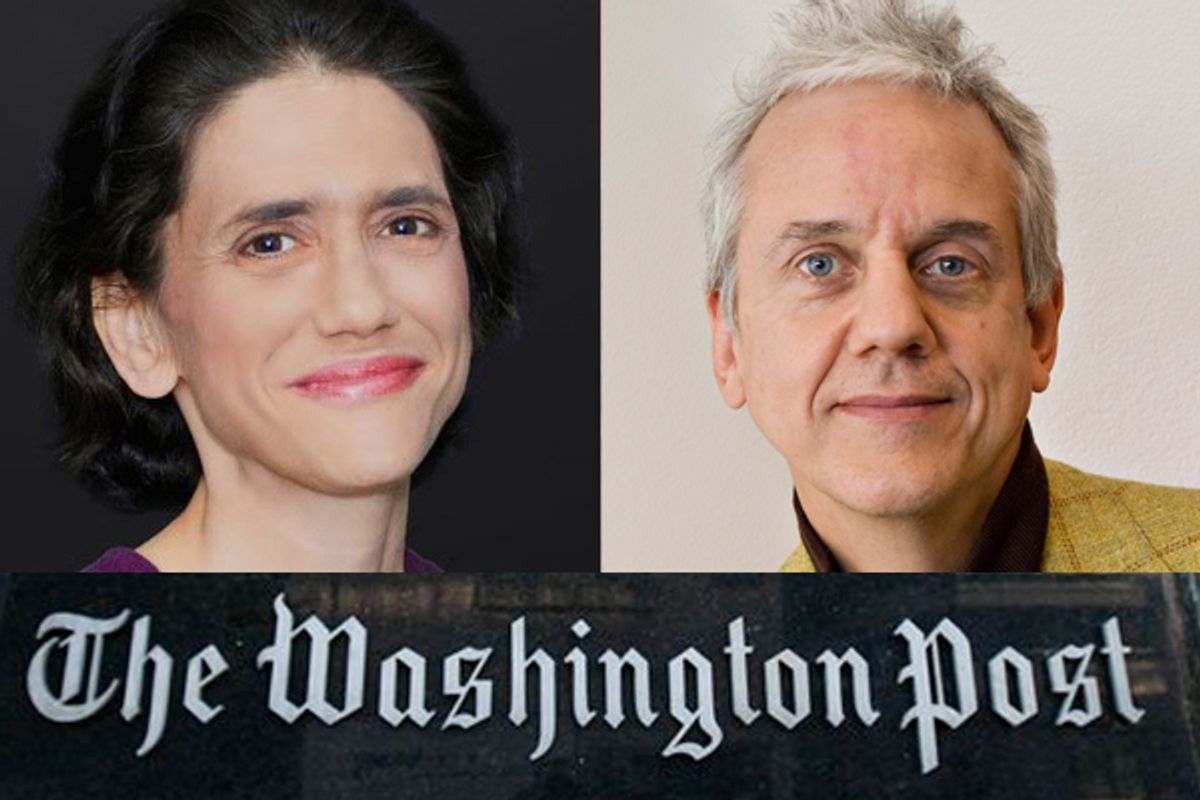 As the ombudsman at the Washington Post, Patrick Pexton was charged with being the prestigious paper's internal watchdog, making sure it complied with journalistic ethics and offering a public finger wag when it did not. Then, when his term was up in March, The Post replaced him with a part-time employee. Such are the new times for old media.

But he's not done dispensing tough love for a newspaper where he worked for years, writing an essay for the alt-weekly Washington City Paper with his advice Amazon founder Jeff Bezos, who recently purchased The Post. One of his top recommendations: Fire conservative opinion blogger Jennifer Rubin:

Not because she’s conservative, but because she’s just plain bad. She doesn’t travel within a hundred miles of Post standards. She parrots and peddles every silly right-wing theory to come down the pike in transparent attempts to get Web hits. Her analysis of the conservative movement, which is a worthwhile and important beat that the Post should treat more seriously on its national pages, is shallow and predictable. Her columns, at best, are political pornography; they get a quick but sure rise out of the right, but you feel bad afterward.

And she is often wrong, and rarely acknowledges it. She was oh-so-wrong about Mitt Romney, week after week writing embarrassing flattery about his 2012 campaign, calling almost every move he made brilliant, and guaranteeing that he would trounce Barack Obama.

Pexton adds that Rubin drew more reader complaints than any other Post staffer. "Dump her like a dull tome on the Amazon Bargain Books page," he adds, for good measure.

Indeed, Rubin distinguished herself as Mitt Romney's top media shill during the 2012 campaign. And it wasn't an accident, Romney HQ courted her aggressively and doled out favors, like a rare interview with the candidate. She even took the knife out for other Republicans in the GOP primary. Now she has a new apple of her eye in Chris Christie.

And it's not the first time Pexton has criticized the blogger. He once wrote that "Rubin did damage to The Post and the credibility that keeps it afloat" when she retweeted a vicious anti-Arab rant from neocon activist Rachel Abrams. He even said that there was a chance she might get fired for the offense, but that obviously did not come to pass -- at least not yet.