From foster care into the sex trade 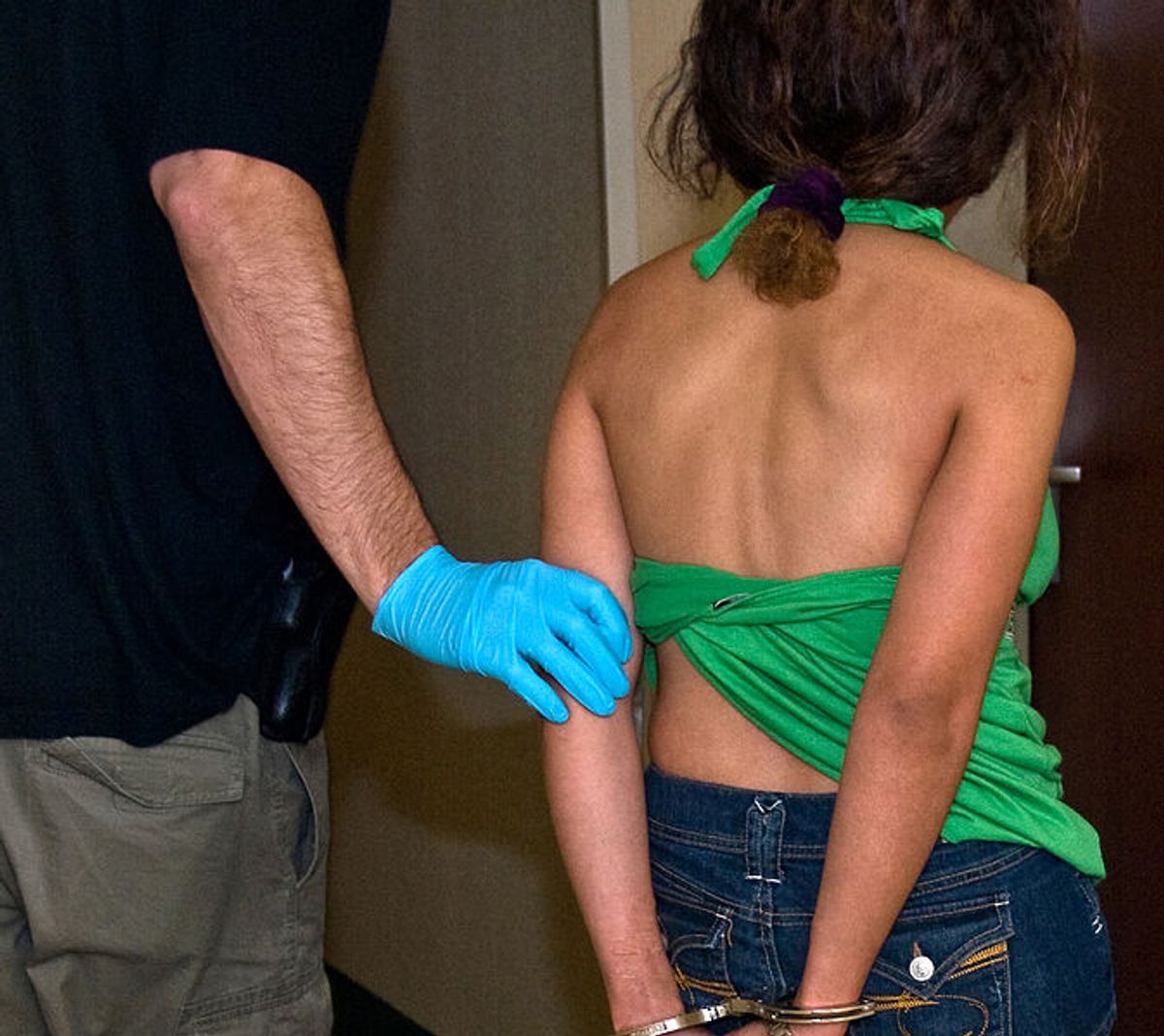 At the end of July, the FBI's Innocence Lost initiative, the wing of the agency tasked with addressing domestic child sex trafficking, conducted its annual three-day Operation Cross Country. During these 72 hours, federal agents across the country “recover” juvenile victims from sexual exploitation and arrest their exploiters. This year, the agency boasts that it saved 105 children and arrested 152 pimps. According to U.S. law, anyone under 18 and involved in the sex trade is considered sexually trafficked.

However, what happens to those who are "rescued” is unclear. Whether the children are placed in juvenile justice proceedings or the Department of Social Services, the story of the rescue mission as the FBI tells it ends when the handcuffs go on—often both on the exploited young person as well as his or her exploiter. (A video montage of Operation Cross Country VII accompanies the FBI’s press release.)

Julianne Sohn, spokesperson for the San Francisco division of the FBI, explained to AlterNet that the agency couldn’t account for what happens to the youth after they are “recovered” because local law enforcement agencies have varying policies on how to handle teens.

“If you're 17 years old and sex-trafficked in New York you are literally a victim and a criminal at the same time,” Crystal DeBoise told AlterNet. DeBoise is the co-director of the New York-based Sex Workers Project, an organization advocates for both sex workers and trafficking victims.

The Sex Workers Project has helped to decriminalize individuals who have been sex trafficked and charged with prostitution by successfully lobbying for the Vacating Convictions Law, passed in 2010 in New York, which allows a trafficked individual to have her record cleared.

But DeBoise notes there is still a long way to go: “Over 50 percent of our clients are trafficked and they tell us that the arrests were some of the most traumatizing parts of their trafficking experience.”

“It's shocking to believe that you could be trafficked and for the rest of your life you have a prostitution record," DeBoise said. "It is shocking.”

These FBI sweeps also result in the netting of adult sex workers. The data for Operation Cross Country in the Bay Area reveals that while its ostensible focus is to rescue child victims, the program results in a markedly higher arrest rate for adult sex workers: for the 12 children rescued, 65 sex workers were arrested in the Bay Area alone. During Operation Cross Country in 2008, the FBI recovered 47 juveniles while arresting 518 prostitutes.

Prioritizing criminal justice proceedings to combat child sex-trafficking has resulted in a paucity of services devoted to helping children most vulnerable to sexual exploitation: those in foster care. Depending on the city, 50 to 80 percent of child victims are or have been involved in this part of the child welfare system. The correlation has led many advocates to argue that funding needs to be redirected away from law enforcement and toward social services that are designed to work with traumatized children.

“People are beginning to realize that juvenile justice is not appropriate to serve sexually exploited children. People are frustrated that those kids are going to the criminal justice system rather than the foster care system, which is designed to help kids,” Kate Walker, from the National Center for Youth Law, told AlterNet. Earlier this year, Walker authored a publication for the California Child Welfare Council examining the needs of victimized children and how the welfare system should address them.

Southern California Congresswoman Karen Bass has proposed legislation to the House of Representatives that she hopes will address the cyclical relationship between foster care and child sexual exploitation. In April she reintroduced Strengthening the Child Welfare Response to Human Trafficking Act (SCWRHT) that had died in committee last year. (After being elected to Congress in 2010, Bass co-founded the Congressional Caucus on Foster Youth and has since been a strong advocate for extending services to foster youth.)

SCWRHT would establish training programs so child welfare agencies could better detect children at risk of becoming victims and respond to those who have already been traumatized and victimized. The legislation would also extend services to trafficking victims up to the age of 21.

Bass has distinguished herself by focusing on the social roots of sex trafficking, rather than investing in law enforcement and tougher penalties. Explaining why she voted against last November's Proposition 35, which increases fines and penalties for convicted human traffickers, she said: “I worry that just like with Three Strikes, when there is a horrific crime we come up with an extreme response and the net gets cast too wide.”

“It's not my focus to increase penalty, because I am also worried about the pimps.” According to one case study, approximately 25 percent of pimps come out of the child welfare system.

In 1990—fourteen years before she would make the transition to electoral politics—Bass founded and directed Community Coalition, a grassroots organization based in South Los Angeles dedicated to strengthening black and latino communities ravaged by economic injustice, the War on Drugs, and poor quality schools.

After being elected to Congress in 2010, Bass co-founded the Congressional Caucus on Foster Youth and has since been a strong advocate for extending services to foster youth.

Like Bass, Kate Walker believes that with reform, the child welfare system has the potential to serve as a support network to child victims. “I think the child welfare system has a ways to go in terms of setting itself up to adequately serve these children, like prevention curriculum that includes teaching about exploitation, healthy relationships and ways to protect yourself.”

But while advocates may agree that improving the child welfare system is essential to addressing child sex trafficking, there is persistent ambivalence among policy advocates on whether locking up sexually exploited children is necessary in order to save them.

“There is a big divide in the field: should we be locking kids up or should we meet them where they're at and provide them what they need,” says DeBoise.

One such safe house in Florida was forced to shut down within weeks of opening after one girl left the grounds and was raped. This recent tragic incident has led some legislators and social workers in Florida to conclude that it may be necessary to keep the premises of safe houses locked so that inhabitants cannot leave freely.

However, as DeBoise points out, “We don't consider locking up any other victim the way we do with this population. It wouldn't occur to us that we should lock up a victim of, say, domestic violence, if she continued to go back to her abuser.”

“When looking at the population of runaway kids involved in prostitution, there's a tendency to treat them as criminals and force them into care.”

Casting further doubt on the incarceration model, Walker notes that one method of rehabilitating victims of sexual exploitation in California has been to send them out of state, far away from their exploiters. “Some of these places are on top of a mountain so the kids can't run. But then they are just exploited upon their return to their communities.”

“I want to look at providing more services in the communities from which they come, because those are the communities that need them. When kids run away [from foster care] they are doing so because we are not providing something that someone else is; we're not adequately meeting their needs,” explains Walker.

Speaking as a psychotherapist, DeBoise argues it is essential that services enable the youths to opt into therapy and shelter of their own volition: “We need shelters that are open and that have a high level of sophistication in the staff. We need to acknowledge that people can leave and they can also come back. When we work with those principles, we are successful. It's not a problem to keep our clients, they don't run away.”