GOP Rep: My most popular vote ever was against Boehner

Rep. Steve Pearce says he gets standing ovations when he mentions that he voted to depose the speaker 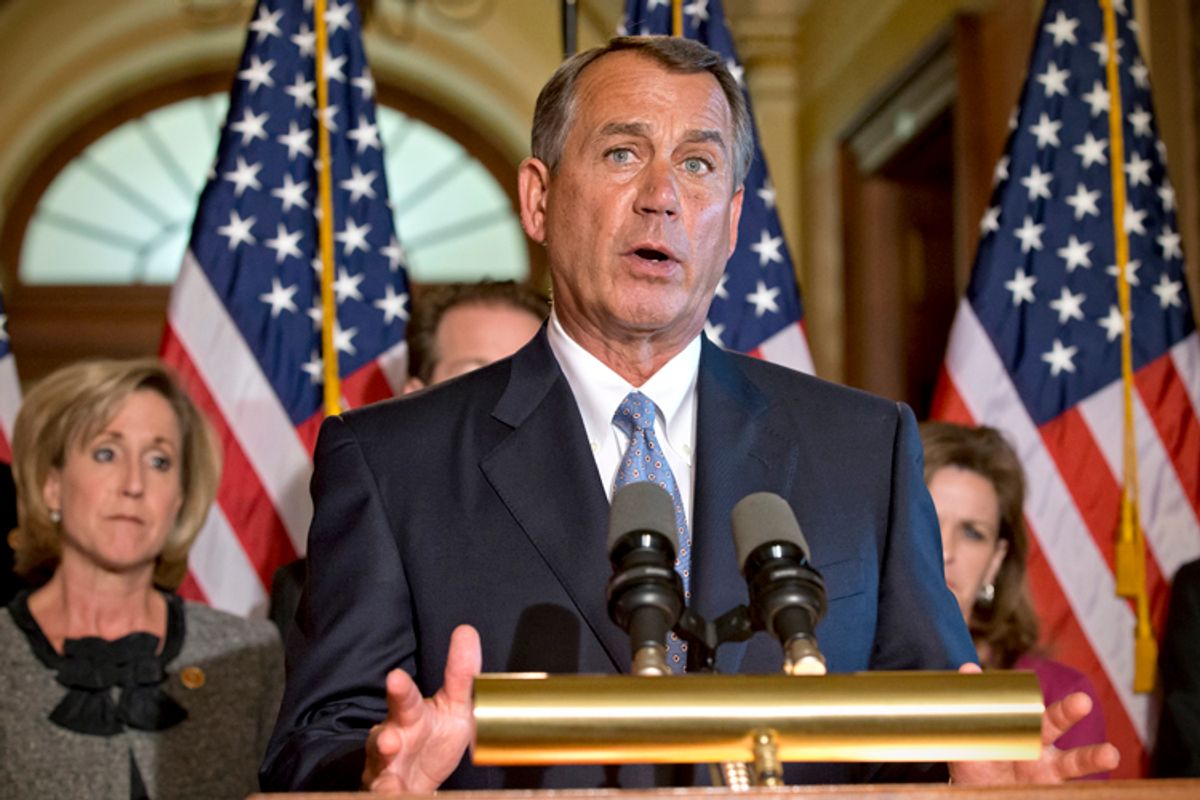 Exhibit Z in the case that John Boehner has lost control of his caucus: A Republican congressman says that one of the most popular votes he's ever taken was to strip the House speaker of his gavel.

Rep. Steve Pearce is an unusual Republican, representing a sprawling New Mexico district that's larger than the state of Florida and whose constituents are mostly Hispanic, but he's an unapologetic conservative nonetheless. Other Republicans want to learn how he keeps winning, the National Journal's Billy House writes in an engaging new profile of the lawmaker.

"When a conservative like Steve Pearce in New Mexico wins in a predominantly Latino district, we need to glean the lessons of his approach," RNC chairman Reince Priebus said in March.

But they may not like what they find. Deep in House's piece we get this:

Pearce is also constantly reminding audiences that he was among 12 Republicans who did not vote in January to reelect John Boehner as House speaker. "Probably the most popular vote I've made, in this district," he says. When he tells audiences he cast that vote, Pearce says he gets, "Always applause, sometimes standing applause."

But there is a clear aim to his leadership bashing. Pearce is working to inoculate himself from anything those party leaders might do that won't play well in his district. In short, he is emphasizing that he is not part of Boehner's inner circle, and has little control over what Boehner and Majority Leader Eric Cantor, R-Va., and others might do.

He goes on to call the GOP leadership's strategy on immigration reform "just about as crazy as anything I've ever heard of."

For what it's worth, Pearce credits his success in the district with his willingness to engage in the taxing retail politics demanded: Drive all over the place and constantly be a presence in his constituents' lives. "I tell people that it's a little bit like dating a girl on the other side of New York City. You can date her, but you better be on the subway every afternoon, going over there. She'd just as soon find somebody closer," he said.