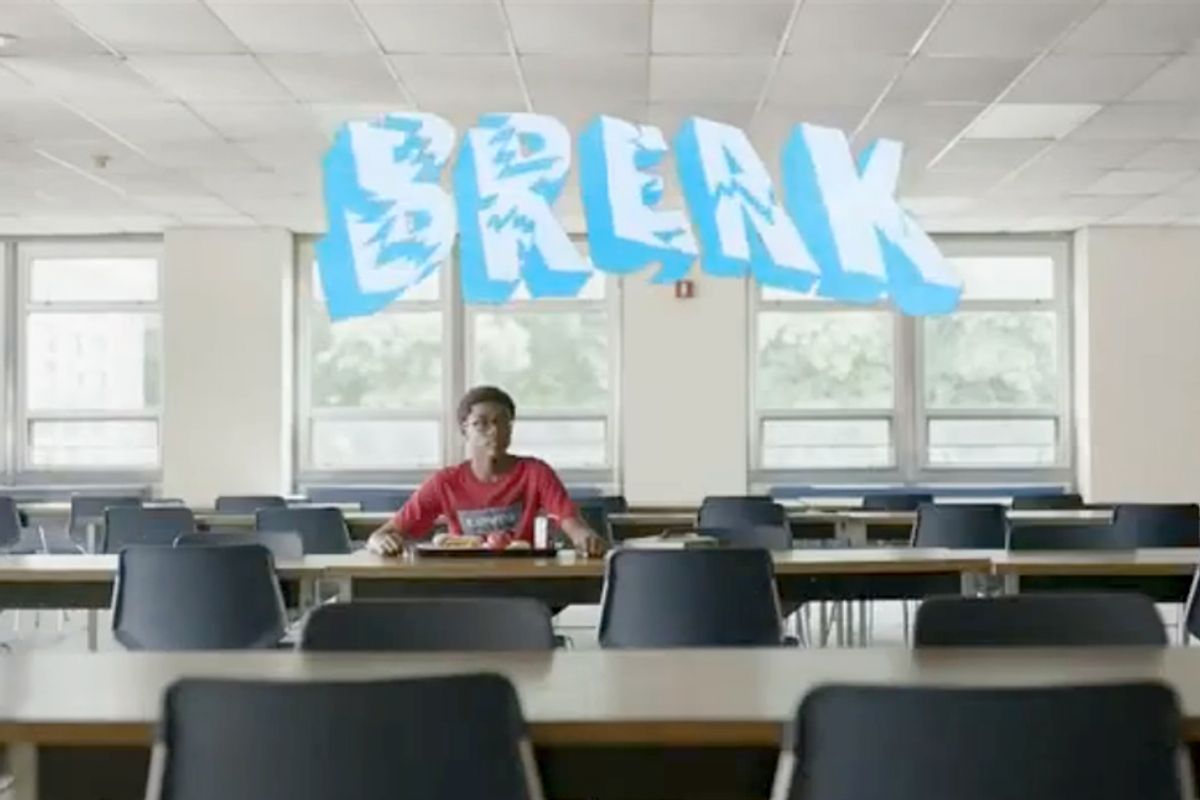 JC Penney has faced plenty of controversy recently -- for its ads, for its brands. But this week, the retailer pulled a seemingly innocuous back-to-school commercial after parents complained it was subtly encouraging bullying.

After a woman's voice-over extols the merits of Penney's clothing brands, the camera pans to a kid sitting in a lunchroom surrounded by friends. "I’ve been told this stuff can make or break your entire year," she says, as a buzzer bzzzzzzts and the kid suddenly finds himself sitting all alone. "I'm not even going to pretend to know what cool is," the woman continues, as the boy is happily back running around with his buddies. "I'll just take him to the sales, and leave the rest to them."

Consumers soon took to the company's Facebook page to complain, calling it "disturbing" and indicative of "the epidemic of peer abuse." A spokesman for Penney told the "Today" show this week that it was not its intent to promote bullying, and that the ad is no longer part of the company's back-to-school campaign.

It's been a rough time for the retailer, which has taken a financial beating in recent months. In April, the company axed its CEO Ron Johnson, who'd supported its gay family-friendly ad campaigns and stood by its gay spokeswoman Ellen DeGeneres. In May, the company issued a public mea culpa for trying to update its image by bringing in slightly hipper brands.

Was the recent spot a little ill-advised, with its message that the wrong outfits can make or break a child's year? Sure. But the whole job of advertising boils down to: You will not be cool/worthy/loved if you do not purchase what we are selling. That's how we wind up with supermodels demanding you shave your sack hair.

With the right tone and a better measure of cleverness, a company can parlay that have-to-have-it anxiety into something effective. Not long ago, Target ran a back-to-school ad featuring a dorky music teacher explaining that "If your kids want to sound cool, they have to look cool." The company's current back-to-school motto is the slightly dread-inducing message that "School takes a lot" – presented in a humorous series of complicated scenarios. And earlier this summer, Kmart ran a back-to-school spot with a bunch of kids ferociously baiting each other on the playground with a series of escalating "Yo mama" snaps – the gag being that their taunts are actually compliments. "Yo mama so fiscally responsible she got all that on free layaway!" Viewed in one very literal light, the clip could look like a playbook for bullying. But it's not. It's a joke. The failure of the Penney bit wasn't that it appeared to encourage bullying; it was that it wasn't original or clever. There's a lesson to be learned here, all right, but likely not the one the increasingly out-of-touch retailer seems to have taken away from it all. I've been told this stuff can make or break a financial quarter. Bzzzzt.