Pick of the week: Rooney Mara and Casey Affleck shine in "Ain't Them Bodies Saints," the American film of the year 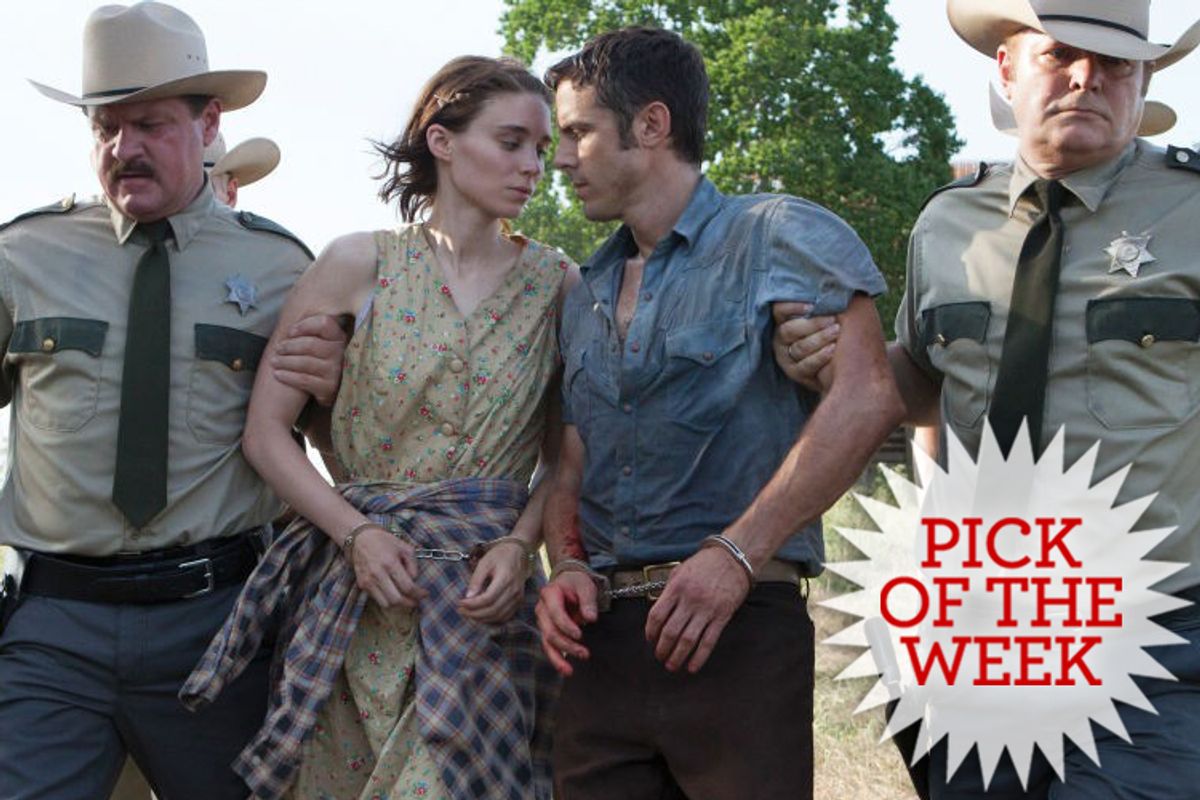 There’s no political angle or social issue or “news hook” on which to hang David Lowery’s extraordinary film “Ain’t Them Bodies Saints.” Unless you count the deep-seated mythology and pathology of American life, all our yearning for freedom and lust for violence and Huck Finn dreams of new beginnings, and all the ways we keep falling in love and making the same mistakes over again. Visually ravishing, tonally commanding and built around magnetic performances by Rooney Mara and Casey Affleck as Bonnie-and-Clyde doomed lovers, “Ain’t Them Bodies Saints” is a tragic but not despairing tale of fatal romance set in the Texas hill country in the mid-1970s. It marks the arrival of an immense talent who will be new to most moviegoers – although Lowery is a well-known figure in the indie-film world – and it’s surely one of the best American films of the year.

The period and place of “Ain’t Them Bodies Saints” were surely not chosen at random, just as the film’s conceptual relationship to Terrence Malick’s 1973 classic “Badlands” is not coincidental. Comparisons to Malick run the risk of scaring people off these days, so let me assure you that “Ain’t Them Bodies Saints” has an actual plot, including a romantic triangle, a prison break and various acts of violence, and does not attempt to recount the story of the universe. To my mind, Lowery strikes a near-perfect balance between realism and the cinematic dream-state: Ruth Guthrie (Mara) and Bob Muldoon (Affleck) are plausible young people in a time and place where the ghosts of the Depression still linger over the land, but you could also see them as inhabiting a symbolic landscape that isn’t quite the real Texas or the real America. (Or maybe they’ve seen “Badlands,” and decided to live the dream themselves.)

We already knew, after “The Girl With the Dragon Tattoo,” that Rooney Mara was a powerful actress and an incandescent screen presence; it also appears she has an appetite for ambitious projects and talented directors. (She recently completed parts for Malick and Spike Jonze, and is currently shooting Stephen Daldry’s “Trash.”) Here she takes on the treacherous challenge of playing an uneducated rural character without a single misstep into mannerism or cliché. Only Ruth and Bob know, after he is arrested and sent to prison, that they are tied together by more than the infant daughter he’s never seen in person. I promise this isn’t a major spoiler (it’s in the trailer) but Bob has taken the fall for something Ruth actually did, so her vow to wait for him, conveyed in uncertain but lyrical epistolary voice-over, is both romantic convention and moral obligation.

Bob remains off-screen for the middle portion of the movie, until his sixth attempt to break out of prison is successful and he begins his fateful homeward odyssey, hiding out for a while in a small-town dive owned by a former criminal associate (Nate Parker) who’s trying to go straight. But he hovers over the movie and Ruth’s life like a spectral presence, both alluring and threatening. I increasingly feel that I prefer Ben Affleck’s younger brother to Ben himself. Casey Affleck plays characters who are genuinely dangerous and not necessarily the coolest or most awesome guys in the movie, and while he still looks younger than his age (he turns 38 this month), he’s gradually grown into an oddly commanding presence.

Ruth understands perfectly well that she and the baby would be better off with Patrick Wheeler (the reliably terrific Ben Foster), a stoical, churchgoing state trooper who clearly feels a yen to protect her. But she also knows where her loyalties lie, which include a rural crime web headed by an alternately sinister and fatherly local storekeeper called Skerritt. (He’s played by Keith Carradine, which is already a great thing, and one can only assume the character’s name is in homage to B-movie veteran Tom Skerritt, who has played this kind of heavy so many times.) Lowery’s screenplay really doesn’t explain any of this back-story, which may frustrate some viewers. But you’ve seen crime thrillers before; how much do you have to know? There are secrets to be kept, hidden troves of money to be discovered, and men with guns coming after Bob who aren’t the cops.

Lowery has worked as a cinematographer and editor on other people’s films for a dozen years or longer (in addition to directing two undistributed features), and his technical command of the medium is exceptional. “Ain’t Them Bodies Saints” was shot on old-school, wide-screen 35mm film by Bradford Young (who shot “Pariah” for Dee Rees and “Middle of Nowhere” for Ava DuVernay) in a masterful balance of night and day, lyrical contemplation, menace and action. In case you’ve read elsewhere that Young and Lowery rely overmuch on Malick-style “magic hour” photography, I completely reject that. Daniel Hart’s haunting musical score, a blend of symphonic minimalism and bluegrass, is a major contributor to mood and atmosphere in a movie that has the dreadful fatalism of a folk song and the spiritual undertow of Tolstoy or Tarkovsky.

I suppose some viewers feel so burned by indie films, or so wedded to the conventions of straightforward entertainment cinema, that they’ll view “Ain’t Them Bodies Saints” as a vehicle for some kind of contaminated hipster pretension. Well, God forbid that an ambitious young director and two terrific actors should try to make a sincere work of art that engages love, death, the American landscape and the possibility of redemption, that’s all I can say. I was with this film from the first frame to the last, and I wouldn’t want one of them to be different. In an era when most of the movies made in this country seem fundamentally bored with storytelling, bored with the medium and bored with being movies, the arrival of a picture as luminous and as unforgettable as this one seems like a miracle.