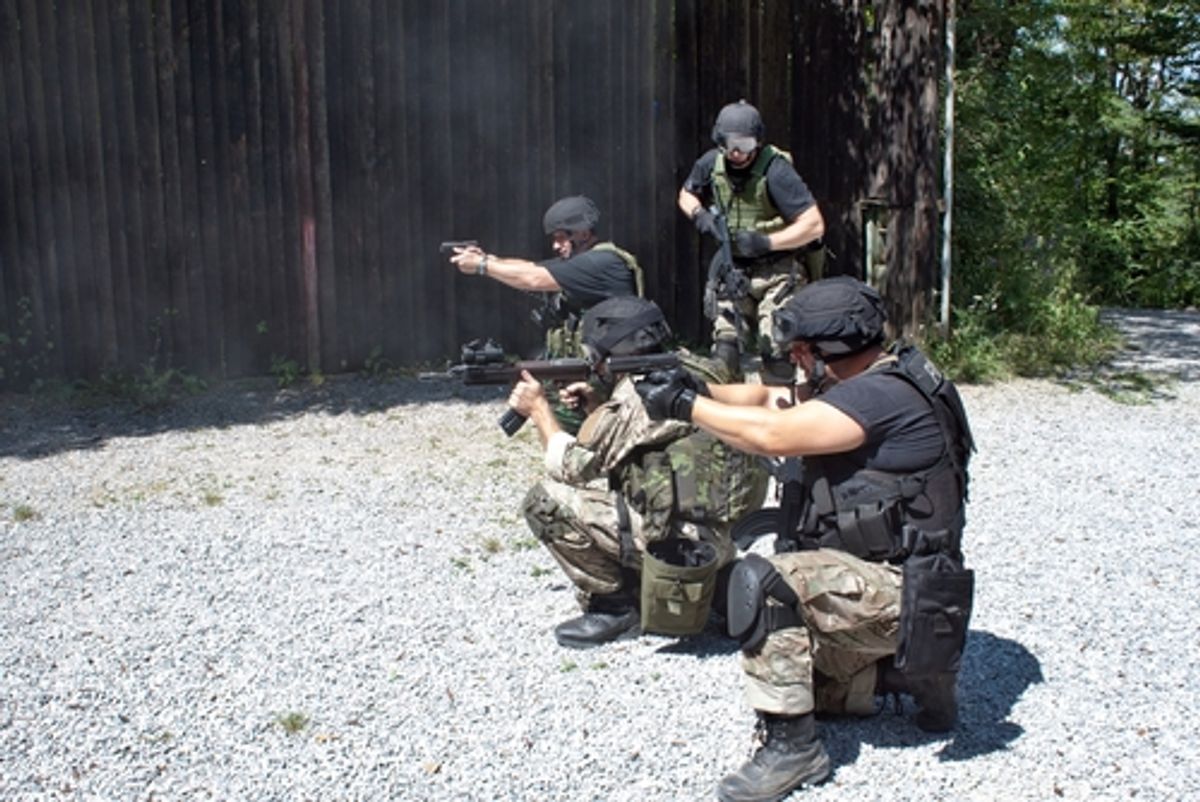 Writing in the Huffington Post, Radley Balko Thursday detailed at length the problem of the U.S.'s increasingly militarized domestic policing and the importance of reversing the troubling trend by which military-grade weapons, technology and tactics have crept into home-soil policing.

If government leaders are looking for another issue to tackle, they might consider the astonishing evolution of America’s police forces over the last 30 years.

Today in America, SWAT teams are deployed about 100 to 150 times per day, or about 50,000 times per year -- a dramatic increase from the 3,000 or so annual deployments in the early 1980s, or the few hundred in the 1970s. The vast majority of today's deployments are to serve search warrants for drug crimes. But the use of SWAT tactics to enforce regulatory law also appears to be rising. This month, for example, a SWAT team raided the Garden of Eden, a sustainable growth farm in Arlington, Texas, supposedly to look for marijuana. The police found no pot, however, and the real intent of the raid appears to have been for code enforcement, as the officers came armed with an inspection notice for nuisance abatement.

Where these teams were once used only in emergency situations, they're used today mostly as an investigative tool against people merely suspected of crimes.

Balko details a number of ways in which the government might roll back on militarization creep, to the benefit of budgets and citizens.

He argues that policies towards drug decriminalization and legalization "would take away many of the incentives to fight the drug war as if it were an actual war. The federal government could also leave it to the states to determine drug policy, and with what priority and level of force it should be enforced."

Balko argues too for an end to the "so-called 1033 program, passed in 1997, [which] formalized a Pentagon policy of giving away surplus military equipment to domestic police agencies, which had been going on since the Reagan years."

Shifting drug and forfeiture policy as well as a number of reforms to Pentagon and DHS policy would go some way in demilitarizing domestic policing and returning SWAT to its original purpose, Balko suggests:

At the very least, lawmakers should demand an end to SWAT mission creep. It's beyond comprehension that such violent tactics would be used to enforce regulatory law. SWAT teams also shouldn’t be raiding poker games, bars where police suspect there's underage drinking or the offices of doctors suspected of over-prescribing painkillers. They shouldn't be performing license inspections on barbershops, or swarming Amish farms suspected of selling unpasteurized cheese. Like the medical marijuana raids, these sorts of raids are straight-up abuse -- for the sake of sending a political message.