Russian television anchor comes out on air, is immediately fired 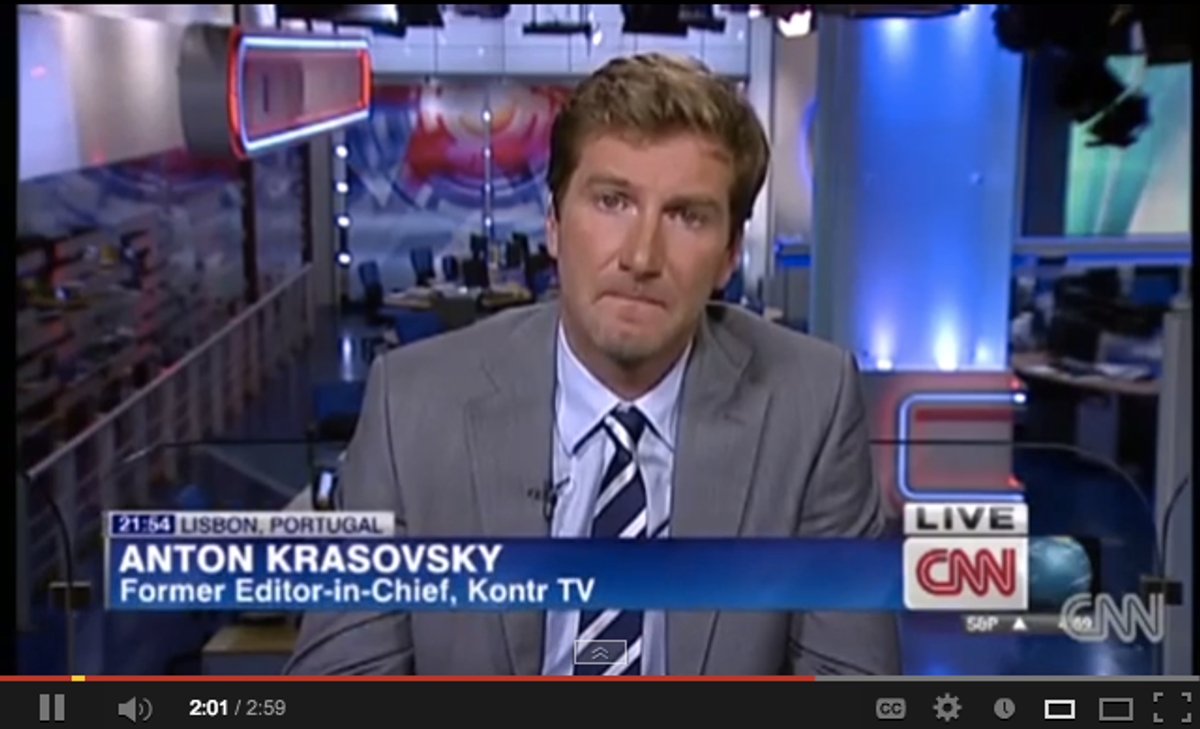 A Russian television host came out to his audience live on-air and was fired that same night.

The clip, in which Anton Krasovsky says, "I’m gay, and I’m just the same person as you, my dear audience, as President Putin, as Prime Minister Medvedev and the deputies of our Duma," was also scrubbed from the network website and YouTube.

In an interview with the Independent, Krasovsky said he does not regret his decision, even though he has been unemployed in the months since he made the announcement: "I have made a lot of money in television and I understood that I’d lose everything. But I also understood that I couldn’t do anything else. I didn’t do it so that I would get hundreds of likes on my Facebook page. I did it because I wanted them to hear it in the Kremlin. And they heard it, and were surprised."

Krasovsky also spoke to CNN this week, explaining that he came out because "somebody should do it. I decided it was time to be open, for me."

You can watch his interview with CNN here: