By the end of the century, temperatures five standard deviations above the historical average could be the norm 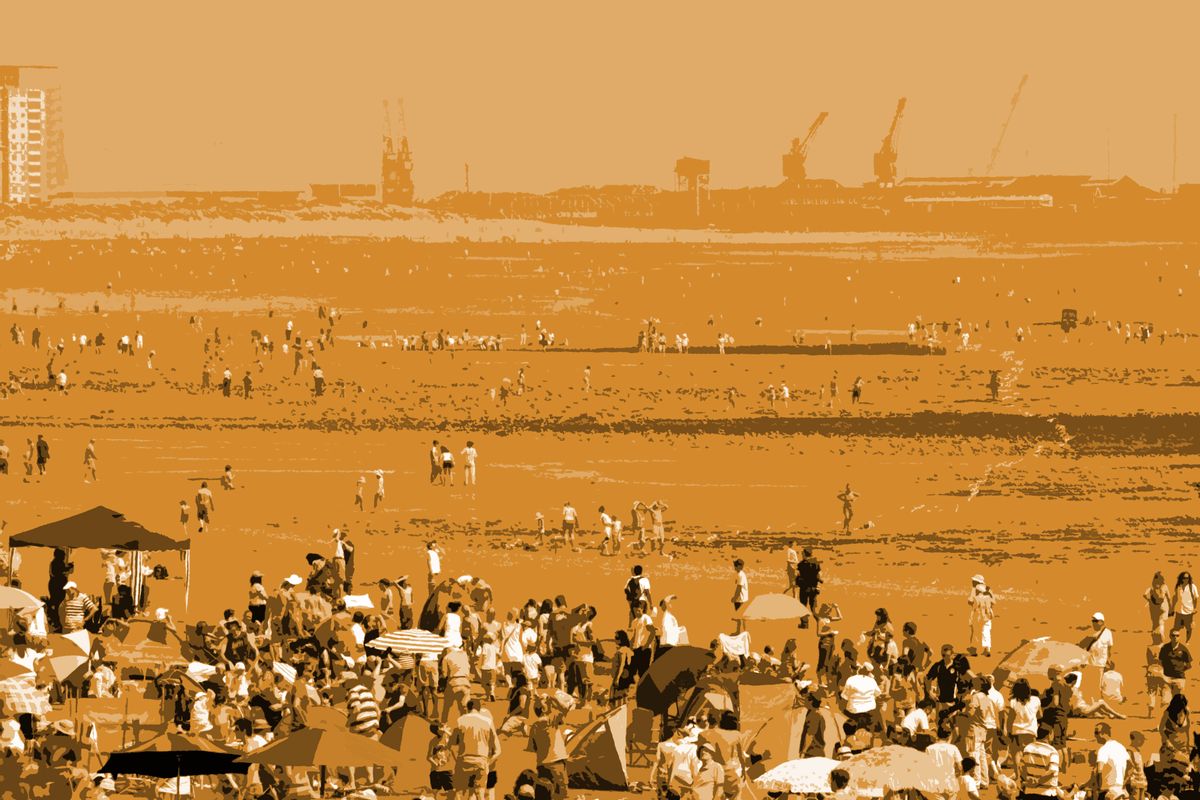 Here's what's going on in China right now, as the country trudges through its hottest summer in over half a century -- and its second major heat wave this year: people are dying, while trees, billboards and buses have all been witnessed spontaneously bursting into flames.

The spontaneous combustion of trees "rarely happens under normal circumstances,” and the spate of heat waves happening throughout the world are equally unusual. But according to a study published today in the journal Environmental Research Letters, they're set to double by the year 2020. By 2040, they'll quadruple, and if nothing changes by 2100, they could cover 80 percent of the globe.

Things are basically guaranteed to get worse until 2040, regardless of how much carbon we emit, according to models developed by the team of European researchers. They define "extreme" heat waves as those in which temperatures reach three standard deviations above the historical average (they call it "3-sigma heat"). They project that temperatures five standard deviations above average ("5-sigma heat") will occur in 3 percent of the world by then.

After that, whether we avoid greater extremes depends on how much carbon we continue to emit into the atmosphere:

Under the low emission scenario, the number of extremes stabilizes at 2040-levels. This implies that in the tropics, including South America, western Africa and the Maritime continent, 3-sigma heat effectively becomes the new norm (about 50% of summer months) and 5-sigma heat will be common (about 20% of summer months). In the extra-tropics, 3-sigma extremes will also increase, occurring for example in western Europe in roughly 20% of summer months, but 5-sigma events will still be essentially absent.

The very worst case scenario occurs if we do nothing:

Under the high-emission scenario, the area of land experiencing 3- or 5-sigma events grows by roughly 1% [per year] after 2040. By 2100, 3-sigma heat covers about 85% and 5-sigma heat about 60% of the global land area. The occurrence-probability of months warmer than 5-sigma reaches up to 100% in some tropical regions. Over extended areas in the extra-tropics (Mediterranean, Middle East, parts of western Europe, central Asia and the US) most (>70%) summer months will be beyond 3-sigma, and 5-sigma events will be common.

By that time, fireproof suits may well be a trend.