Days after attorney general vows change to War on Drugs, commission may go even further 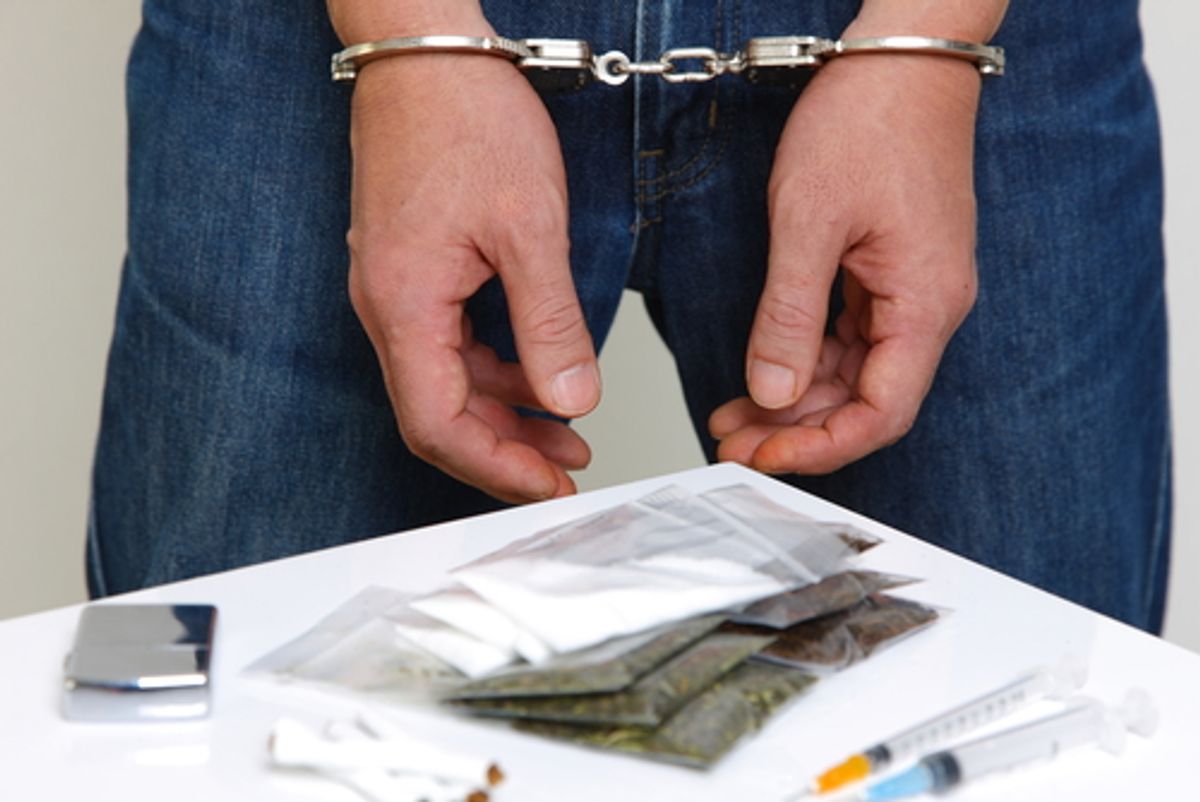 According to the Guardian, the Sentencing Commission's policy plan "potentially goes far further than the Department of Justice can in lowering sentences." Via the Guardian:

In a statement issued after its meeting, the commission noted that drug offenders account for nearly half of all federal inmates, and that "an adjustment to the drug quantity tables in the sentencing guidelines could have a significant impact on sentence lengths and prison populations."