"The world has failed us": Ecuador abandons its conservation plan 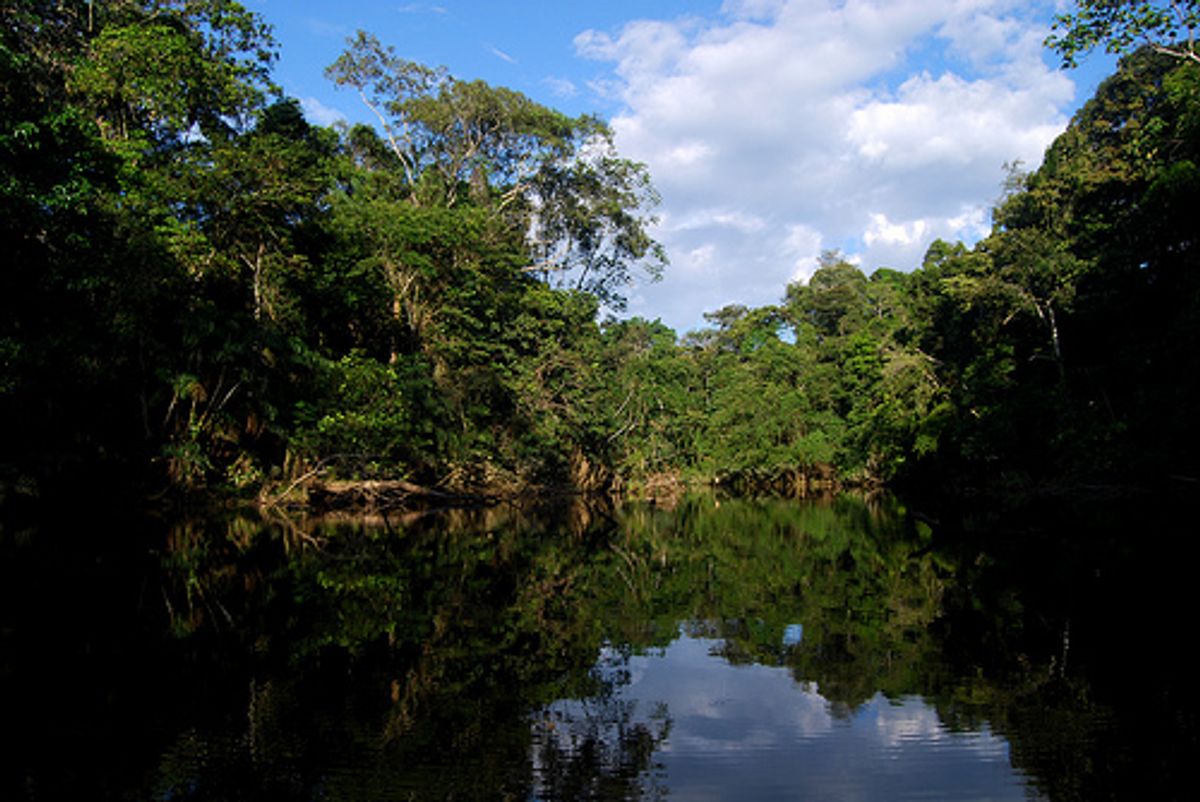 Ecuadorian President Rafael Correa announced yesterday that the country was giving up on its attempt to preserve the Yasuni basin in the Amazon rainforest. And with an executive decree invalidating his 2007 conservation initiative, he opened the area to oil drilling. Reuters reports:

Ecuador, OPEC's smallest member, had planned to forgo opening the Yasuni basin, its more than 800 million barrels of crude and $7.2 billion in income from beneath the jungle floor as part of the conservation plan.

It was aimed at protecting wildlife - a single hectare (2.47 acres) of the Yasuni national park contains more tree species than in all of North America - and the livelihoods of indigenous peoples who fear oil drilling would damage their ancestral homeland.

In return, the government had hoped to receive some $3.6 billion from the international community over 12 years, or about half the value of the oil it would be leaving in the ground, through the fund administered by the United Nations.

According to Correa, the money that ended up coming in amounted to less than half a percent of that goal. "It was not charity that we sought from the international community, but co-responsibility in the face of climate change," he said. Exploration is expected to begin within weeks.