"Dads" offends on every level

The jokes in the new Fox series are insensitive -- and unfunny 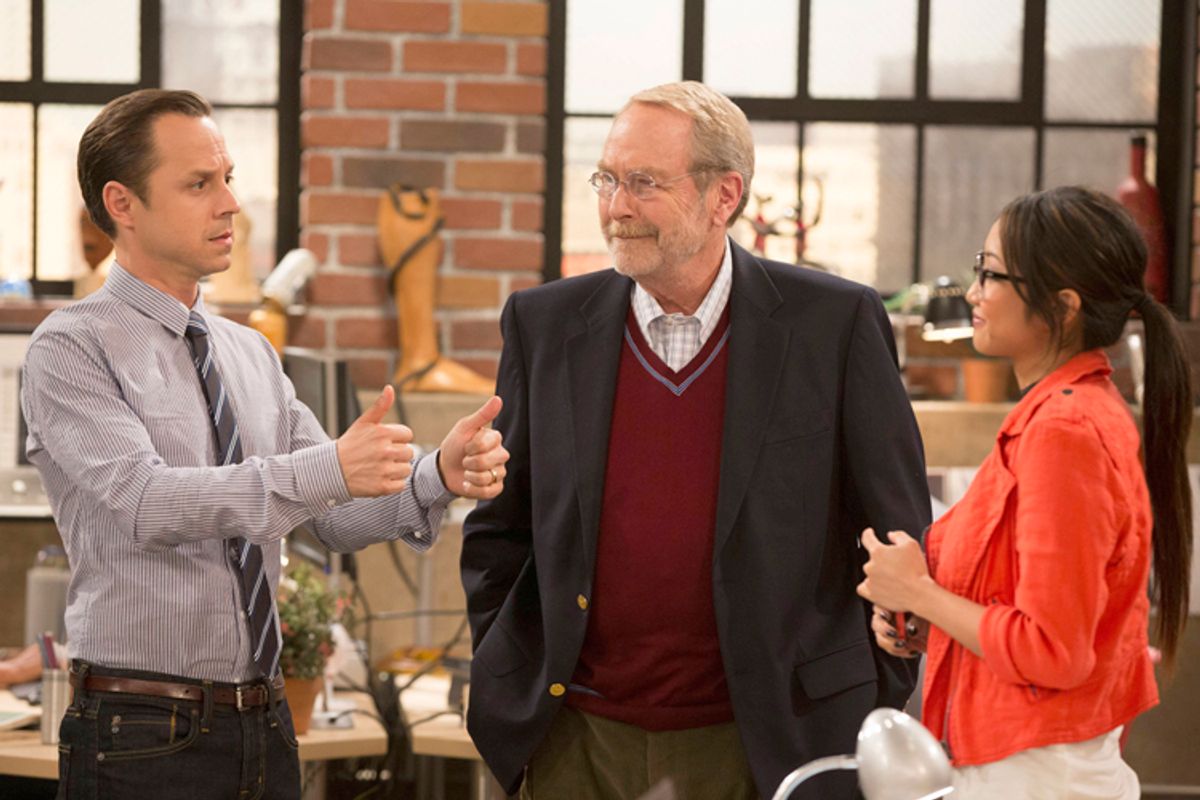 It hasn't even aired yet, but executive producer Seth MacFarlane’s new Fox sitcom "Dads" is already garnering exactly the kind of controversy you'd expect from a Seth MacFarlane joint. In the aftermath of a preview screening for Fox’s Television Critics Association panel earlier this month, the Media Action Network for Asian Americans has asked the network to "fix fatal flaws in the pilot and to improve the show's chances for success when it premieres" and "reshoot the inappropriate scenes of the pilot."

The sitcom, which stars Seth Green, Giovanni Ribisi, Martin Mull and Peter Riegert, also features Asian-American actress Brenda Song, who in the pilot is coaxed into dressing up as a sexy schoolgirl for a meeting with a group of Chinese businessmen. There are also jokes about "Orientals," getting "Shanghaied" and a texted photo of a penis that is "tiny," per racist stereotype.

In his letter, MANAA president Guy Aoki says, "Our community can’t continue to be the target of racially insensitive jokes." And he notes that on March 11, 2011, "Dads" co-creator and "Family Guy" writer Alec Sulkin tweeted, "If you wanna feel better about this earthquake in Japan, google 'Pearl Harbor death toll.' " (Sulkin later apologized and deleted the remark.)

When a show's in the hands of a guy whose response to a catastrophe is Pearl Harbor cracks, the concerns about sensitivity are probably not unfounded. But the show doesn't just offend -- it also fails to do anything interesting.

Fox entertainment chairman Kevin Reilly has acknowledged that while he hopes "Dads" "will prove an equal opportunity offender much as Family Guy has," "not all of the jokes in the first episode were in calibration." All you have to do is watch the four-minute preview to see that the latter part is true – "Dads" simply doesn't look funny. It doesn't merely offer Brenda Song in a Sailor Moon getup – it then refuses to let her do anything interesting. Instead, the show just evokes a few horny "whooooo" sounds from the audience and makes poor Martin Mull wink, "I saw you give that the old up and down. Talk about a rising sun." The entire short preview consists of stale "My old man is sooooo embarrassing" eye rolls, quotes from "The Untouchables" and Brenda Song's bra.

Martin Amis once said that "the best jokes are always a new low." The key word there is "new." If you can make a comment on the human condition that's fresh, that illuminates our own darkest fears and misconceptions, if you actually craft something that's intelligent and clever, the deep sting of it feels fantastic. Some of the best comedy is controversial, even shocking. But skillful comedy is subversive. It adds to the conversation, it challenges us. In contrast, if you're just doing some dumb shtick, it falls flat, and it's hurtful. It's hurtful because it's lazy, and it's lazy because to simply take pot shots at one group does not constitute a joke.